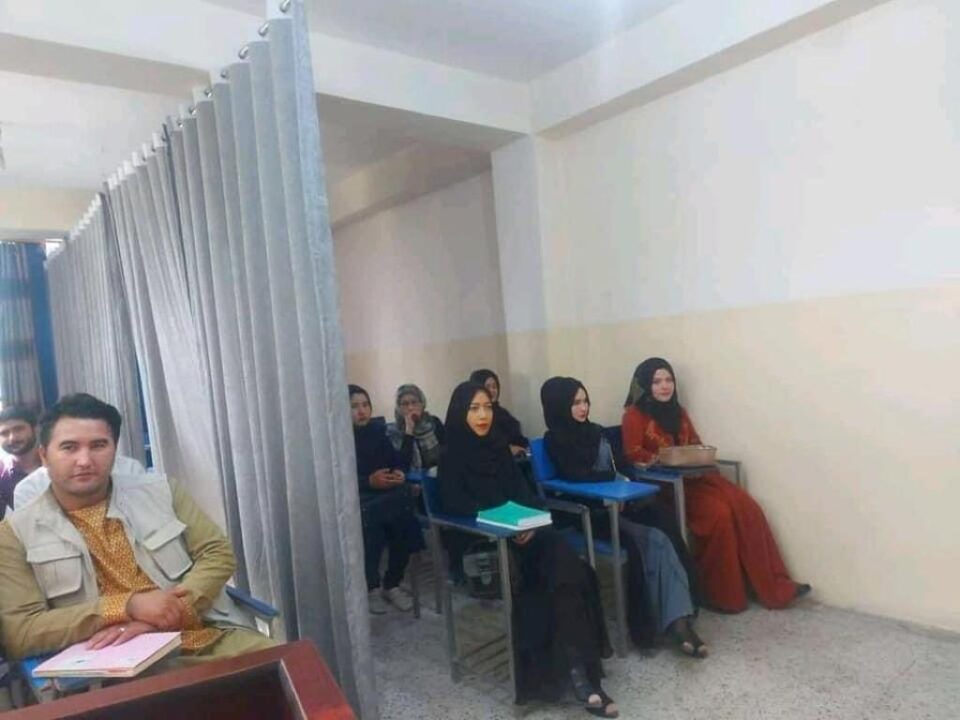 Taliban have promised a more ‘inclusive’ government that report Afghanistan’s complex ethnic makeup, but women’s condition is unlikely to change. They have issued diktat saying women attending universities must wear an abaya robe and niqab.

A local news agency Afghanistan reported on Monday that university classes started in the country but with a “curtain of separation”. A photo posted on Twitter by Aamaj News shows male and female students sitting in a classroom with curtains between them.

This is a result of education policy outline given by the Taliban, now in power of Afghanistan, through their diktat. Taliban have said in many interviews that they have no issue with women education,”but they would study with a hijab.”