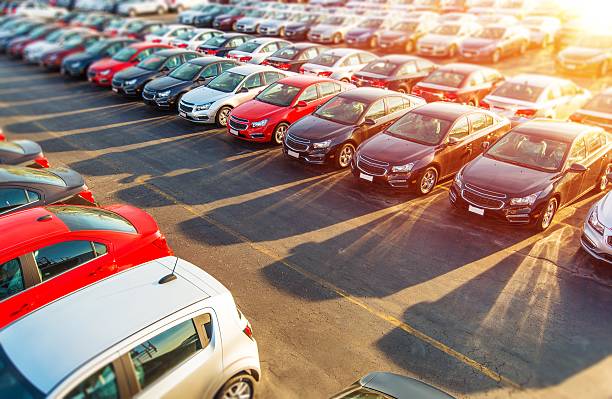 Saudi banks made fewer auto loans in the second quarter as the sector struggled with a lack of supply due to a global shortage of semiconductors.

Banks in the Kingdom lent SR15.53 billion ($4.14 billion) to consumers to buy vehicles in the three months to the end of June.

This was down 0.5 percent in the past year and 1.9 percent lower than the prior quarter, according to data from the Saudi Central Bank (SAMA).

The decline was caused by a semiconductor chip shortage, Umar Khan, general manager of sales at Kia Motors Saudi Arabia, told Arab News. “There is demand for about 5,000 cars over the next five months, but all we can get is 1,500.”

The semiconductor chip shortage is expected to cost the global automotive industry $110 billion in revenue in 2021, according to a May report from consultant AlixPartners.

Few automakers are unaffected with shortages expected to extend deep into 2022. GM said on Sept. 2 downtime at eight factories in the U.S., Canada and Mexico will continue for up to two weeks.

There was also a scramble to buy vehicles in June of July last year to avoid the increase in VAT to 15 percent, said Khan.

Auto loans by finance companies, which make up a larger share of vehicle financing in Saudi Arabia than banks, fell 9.5 percent in the first quarter, according to SAMA, which is yet to report second-quarter data.

Automotive sales this year have also been affected by higher shipping costs, which need to be passed onto consumers, according to Bader AlJomaih, marketing manager at Yokohama Saudi Arabia.

Prices of shipping containers have more than doubled in the past year and container freight rates have risen 351 percent in the same period, according to maritime consultancy Drewry.

Shortages have been exacerbated by the recent temporary closure of a key terminal at China’s Ningbo-Zhoushan Port, the world’s biggest port in terms of cargo tonnage.

The terminal was locked down on Aug. 11 after a port worker tested positive for the Delta variant of the coronavirus, and did not resume normal operations until Aug. 25.