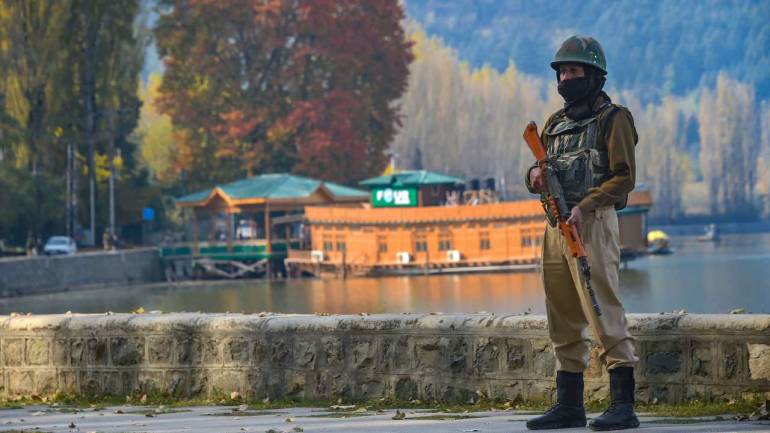 Fear and apprehensions that have gripped Jammu and Kashmir following the abrogation of special status last August escalated after New Delhi made the domicile amendments on April 1. The renewed laws define individuals who have lived in the erstwhile state for about 15 years as a domicile; it further includes children of central government employees, who have also stayed in Jammu and Kashmir for about 10 years. However, the defining point may not necessarily be only jobs, but the reservations around domicile issue because even the migrants registered by the Relief and Rehabilitation Commissioner (Migrants) have been given domicile rights.

While the pro-Indian politicians have called the announcement “betrayal” on account of ruling BJP, the pro-separatist camps have framed the decision under the ambit of a larger project of “changing demography” of the region. The Centre’s decision appears to have ruffled political parties across the spectrum.

The BJP’s move to abrogate Article 370 was well-received in J&K’s Hindu-dominated regions. This was because it was understood that with Article 370 gone, more opportunities and funds would find its way to these regions than the Muslim-majority valley, and Ladakh. The concerns regarding jobs and reservation raised by the BJP’s Jammu unit must be seen in this light. At that time even Ram Madhav, BJP’s General Secretary, admitted the concerns raised were ‘valid’.

Following this change, the youth of Jammu have realised the Centre’s decision will reduce their chances at availing top government posts in the union territory. While earlier the 4.8 lakh Grade A to D government jobs were only for domiciles, the new law and its amendment three days later on April 4 opens the field for any resident who has been living in the erstwhile state for a certain period. This would result in more competition and lesser chances of Jammuites or Kashmiris securing employment in the state. This should be seen at a time when the 2016 Economic Survey Report had pegged a quarter of J&K’s population between 18 and 29 as unemployed. The new changes are set to increase the levels of unemployment.

On the one hand, the Bharatiya Janata Party (BJP) in Jammu has proposed “commercialisation of land for real estate purposes won’t be allowed unless someone needs land for setting up of industry or for trade and commerce that can be considered.” On the other side, the National Conference in Kashmir has accused New Delhi for toying around with the people of the state for not allowing them to decide its own laws. “…domicile law will change the demography of J&K and will essentially rob the rights of locals to jobs here,” the party’s spokesperson stated.

Besides these, there are other apprehensions of ‘outsiders’ getting settled in Jammu and Kashmir which can’t be overlooked.

Considering the high levels of hostilities towards Delhi in Kashmir and an overwhelming trust deficit in the population, ‘outsiders’ living in Kashmir or who choose to settle there will be seen as potential land grabbers. Given this, there is a high chance of Jammu and Ladakh becoming the prime focus for people from different parts of India to buy land and settle. This will bring about considerable economic activity, but the locals here will have to not only offer better space but also equal opportunity to participate in work. This could potentially marginalise the locals once the settlers arrive which can modify their ways of life.

Kashmir observers stress that the amendments will have immediate consequences in Jammu and long-term repercussions in the Kashmir valley. In terms of election promises, jobs-security and use of identity politics, these amendments in effect will face resistance in Jammu. In Kashmir a majority of people, irrespective of political affiliations, have linked domicile changes with India’s “larger idea of changing the demography” and Kashmir’s Muslim-majority identity.

Amidst the growing tension, will New Delhi consider revisiting its recent decision?

What remains to be seen is how the domicile changes will be implemented in the troubled union territory which has been witnessing violent conflict and political uncertainty for decades. Will there be a central bureaucracy? How will domicile certificates be issued — and here, will there be political interference and corruption?

Umer Beigh is a Kashmir-based journalist. Views are personal.

How to deal & Manage Covid-19 Stress