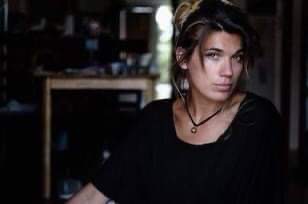 Since I’ve been recently asked by my friends from across the world what actually has been happening on the Belarus-Poland border, as a Polish citizen I feel obliged to give some explanation, for the time being.

Firstly, as you know, the president of Belarus Lukaszenko has been conducting an awful inhumane hybrid war. Using migrants, false information and the media, and also imposing their own propaganda narration of the situation on the border he wants to destabilise the situation in Poland. Which also means – in the whole European Union. Is it only him?

On the 4th of November, just a few days ago, he and Putin signed a decree about integration. What’s this? This a document which tells that if anything happens to Belarus, any threat to this country, Kreml feels forced to react to it. Millitary.

So we have a situation like this: groups of Polish border officers, soldiers and police who have to be extremely mentally ressistant to any kind of provocation are commanded to defend the Polish border against the flow of immigrants who were given false information about travelling to EU. Belarus is openly inviting the migrants and then using them as the means of their disgustingly cruel politics: beating, shooting at them and threatening. So these poor people get stuck in the middle, between two countries, not knowing where to go, what to do, being in a place they have never seen before, they have never lived in. They have paid loads of money to be lied to. They have been misled, have been cheated and now we all have to deal with this big lie on a global scale. The lie which Minsk, airlines and travel agencies in Beirut, Jordania, Turkey, Iraque among others are involved in – places where immigrants buy a ticket to a better life. Given a false hope and then left-stranded in the middle of nowhere, between soldiers with gun machines. How is this possible to treat people like that?! After all these horrible wars people all over the world have already experienced?

As some journalists reported, who managed to talk to some of the migrants, a part of them is already aware what they are being used for, a part of them is not. They are devastated and desperate. Some of them are ready to do anything. Out of desperation.

There has not been any offical information about inviting the immigrants to Poland and further. Which does not mean that Poland which also means the EU should be indifferent to their suffering and dramas. The migrants are left in the forests by the border, forced by the Belarusian soldiers to approach Belarus-Poland border, who shot towards them in order to threaten the immigrants and make them run away to the Polish side. This is the reason why Polish government decided to build a wall to protect its borders. Against whom? Against poor people who need help, not extra danger and stress. However, Polish government could not come up with anything better than this or it might have been the only way to react to an awful politics of the East. I do not have a comment on this. I’m not a politician and a strategist.

Despite the calls from Polish NGOs, activists, people of culture, journalists, opposition and lots of Polish citizens, the helping hand to the migrants is very limited – they are provided with some basic things to eat, get clothed, cure, but the access to them is limited. Even journalists can’t get there to witness to the situation and report it. Maybe it’s supposed to reduce any kind of unnecessary provocation which would be a flash point to a more serious conflict. Let’s face the truth: one misunderstanding, one push, emotional overuse, anything in this tense situation can be a good cause to a violent reaction.

Polish diplomacy claims they have been conducting diplomatic talks with the African and Middle East countries, and if it hadn’t been for that, there would be a dramatically bigger number of people who were cheated by the Belarusian regime.

Still somehow various activist organisations and private people are trying to approach the border and provide the immigrants with food, clothes and medicine. There have been organised actions of collecting the most necessary things for them. My thoughts are with them.

I deeply hope the humaniatarian crisis will come to an end. That Belarus will soon see this situation as difficult for them and will stop conducting their politics based on lies and cruelty. Right now the only things which might change their politics at least to some extent is the too much flow of immigrants which they have caused and now have to face this music. The other thing are sanctions imposed by the EU and the USA. A sad conclusion is that not morality but trade again seems to be the most effective way to insist on changing inhumanitarian treatment which Belarus practices.

I also have to mention about the residents of towns and villages nearby. For them it’s a drama to see soldiers and military trucks. After the second world war and martial law in 1981-1983 in Poland it’s incomprehensible and shocking that they have to deal with this sight directly. It’s horrible that we all have to feel the threat of a war which Poland severely experienced and we do not want it any more. Never again.

No more wars. Only Peace.

Let’s think about Peace and let’s pray for this to whatever you believe in, meditate for Peace together. Peace can make political and moral changes.