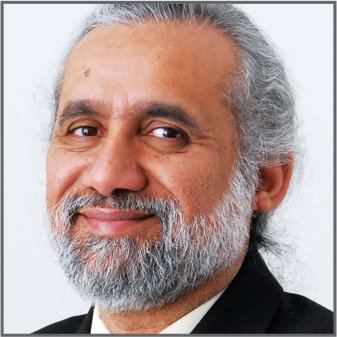 My name is Kiran Coronai and I belong to the Coronai religion. I would like to welcome you to our 2120 International Conference.

Before me, you listened to many speakers who were Jews and Christians, Muslims and Hindus, Sikhs and Buddhists. Some represented African tribes and some were Native Indian Chiefs.

We all know that we are living on the 22nd. century. In the present time, the numbers of atheists and anarchists, free thinkers, and humanists have become more than 70%. It is the first century when believers are in minority and non-believers are in majority.

The Coronai religion is the latest religion in human history. It is only 100 years old. Let me introduce you to the brief history of our religion.

Before Coronaism became a religion it was a movement and people belonging to the Corona tribe but gradually it evolved to an ideology and a religious tradition.

The Coronai movement started a century ago on March 20th, 2020 on Wolfe Island in Canada. That day 20 senior citizens got together to discuss the medical and political crisis. That was the time dozens of senior citizens were dying daily in nursing homes all over North America.

Those were the days so many rumours were circulating on radio and television, print and social media.

Some people believed the Coronavirus was created in a laboratory in America.

Some believed Corona originated in China and Donald Trump, a spiteful American President, called it a Chinese Virus.

Others believed the Corona pandemic was the result of the WHO: World Health Organization’s negligence who did not inform the heads of the states in time to take proper precautions.

Some thought the Coronavirus was the brainchild of those Capitalists who wanted to reduce the world population and promote their businesses online.

Some were of the opinion that a top-secret group was planning to produce a Corona vaccine and a chip that would be injected alongside the vaccine in people’s hands to monitor their movement.

And there were some religious fundamentalists and fanatics who believed that because women were becoming promiscuous and men were engaged in gay marriages, God was punishing them with the Coronavirus for their sexual perversions.

The meeting on Wolfe Island was presided by Dr. Fred Goodman, a well-respected family physician, who worked in the nursing home of the island. When Dr. Goodman shared the proceedings of the meeting on social media he received an overwhelmingly positive response from people all over the world, especially senior citizens.

History tells us that after the sickness and death of millions of people young and old, men and women worldwide Corona pandemic died in three years but the Corona movement did not die. It rather grew and transformed into a religion.

Now there are millions of followers of the Corona religion who call themselves Coronai and use it as their last name the way I call myself Kiran Coronai.

Over the decades’ followers of the Corona, religion has developed certain rituals, practices, and traditions.

Like Muslim women who wear hijabs and Sikhs who were turbans, Coronais wear masks and gloves.

When they interact with each other rather than shaking hands they shake their elbows or feet.

Like Muslims do not eat pork and Hindus do not eat beef, Coronais avoid eating all forms of meat even fish. Some have even become vegans.

For Coronais the number 20 is sacred as it reminds them of the year 2020.

They hold meetings on the 20th of each month that consist of only 20 members. In honour of Dr. Fred Goodman, the president of the meeting is addressed as Mr. Goodman.

Some Coronais all over the world observed social distancing from March 20th to April 4th. Other Coronais bring them food and drinks. At the end of two weeks of social isolation, they offer communal prayers for all those who died in the Corona pandemic.

For Coronais, B.C. does not mean Before Christ, it means Before Corona.

If you visit Coronais in their homes you will find a framed picture of Dr. Fred Goodman on their living room wall.

Coronais are very critical of their government’s oppressive policies and curious about the funding of all scientific advances.

Like religious people call the non-believers infidels, people who do not wear masks and gloves are called Covidiots by Coronais.

The numbers of Coronais in all communities, countries, and cultures, have been growing so fast that last year Coronaism was included in the World Religion Anthologies and Coronai has become part of the English dictionary.

In 2120 there are 20 Coronais who are attending this International Conference. You can easily recognize them because of their colourful masks and glamorous gloves.

While followers of other religions are decreasing, followers of Coronaism are increasing worldwide. It might be because they are very politically active and love to do volunteer work for their community and humanity.

At the end of my speech let me share a secret. There are many Coronais who consider Coronaism a movement but not a religion but those religious people who in the past even considered atheism and humanism as religions are now considering Coronaism a modern religion.

I am the last speaker of the conference because our religion is the last religion of humanity as it is only one hundred years old.

Thank you for listening to me attentively and patiently.

“A (Parody) Decision to Remember” by Maaz Mahmood