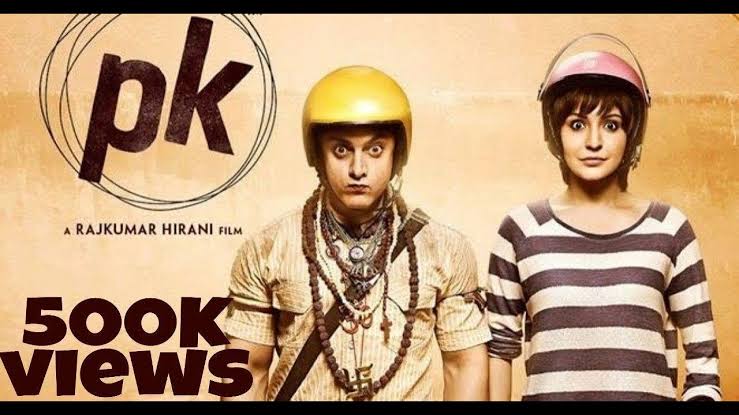 A constant increase in hate speech has been observed around us especially after the spread of electronic and social media; despite rising voices and emerging soft corner for the ideas of freedom of speech.

Before going into detail of this dichotomy, one should however define the hate speech. There can be many definitions, but the UN’s definition would stand out because it may also have practical implications in the international standards. According to the UN, the hate speech is “any kind of communication in speech, writing or behaviour, that attacks or uses pejorative or discriminatory language with reference to a person or a group on the basis of who they are, in other words, based on their religion, ethnicity, nationality, race, colour, descent, gender or other identity factor.” (United Nations Strategy and Plan of Action on Hate Speech, May 2019).

Let’s examine a popular Bollywood film “PK”, which can effectively help us understand the dichotomy of hate-speech vsthe freedom of speech especially for my young peers.

In PK, Amir Khan and Anushka Sharma played lead roles. A light comedy, the film was released in Dec 2014. It received eight nominations at the 60th Filmfare Awards, winning two, and won five other Awards for its tackling of the issue of superstitions in the Indian society.  At the same time, it also caused controversy and triggered debate around the issue of hate speech VS. freedom of speech in our neighboring country India.

The film’s message intended for the audience was to not blindly follow priests, clerics or other religious authorities for they might misguide religion in the name of culture or superstition for people. The controversy started with one scene depicted in the film about a principal deity in Hinduism, Shiva. A person dressed as Shiva for a theatre performance was shown running cowardly away from the protagonist when he was put in a tricky situation by the protagonist played by Amir Khan. This depiction did not sit well with the Indian masses.

After criticism by the public, lead actor of PK, Amir Khan justified the controversial scene in a TV Show by explaining that Shiva was not actually shown but a man was shown who was portraying himself as Shiva in a play. His explanation, while true, fails to account for the sentiments of the people reacting to this double entendre. With the sensitive subject matter of the film, some people were of the opinion that if there were no intentions to insult the deity then the scene should not have been done in this way. For the general public, the image of Shiva running away felt like a humiliation of their deity.

The famous lyricist of Bollywood, Javed Akhtar agreed with the public and criticized Amir Khan’s response by questioning his response to an Islamic figure being depicted in a similar way as part of “Freedom of Speech”? He questioned if the same explanation would suffice that a person depicting a religious figure was the subject of the joke and not the religious figure himself.

It is clear in this situation that the general sentiments of a group of people were hurt. The purpose or intention behind the depiction, however, remains unclear. Was it just misunderstood humour or was it ill intentioned?

If we look back to the definition of UN, the makers of PK have definitely taken some liberties with the subject matter using the ambiguity of freedom of speech and hate speech to their advantage.

The reception of hate speech may vary from country to country. The United States, for example, does not have any hate speech laws. The US Supreme Court has repeatedly ruled that laws criminalizing the hate speech violate the guarantee to freedom of speech as enunciated by first amendment to the US constitution. This instance further stresses the overlap between the two speeches. The proponents of freedom of speech further maintain that any speech is OK as long as it is not dangerous or incites violence against a particular person or group on the basis of their traits. The other would raise the question if there be unchecked protection of freedom of speech? If freedom of speech exists under certain caveats then is it even free? Given this ambiguity, it can be concluded that the makers of PK might have used it to their advantage, as a shield for committing hate speech for which there are no agreed upon international laws and standards.

Even if we look at recent examples of civil unrest within Pakistan, we find examples of Muslim groups being outraged over what they believe to be incidents of disrespect of Islam.

The need of equality and prevention of violence in society desires that any content that hurts the sentiments of any group should be considered hate speech even if it is done in the name of freedom of Speech.

In the case of PK, a complaint was filed in January 2015 against Amir Khan, the Director, Raj Kumar Hirani, and the Producer, Vidhu Vinod Chopra for allegedly hurting the sentiments of the population. A petition against makers of PK was also filed in Allahabad Court but the cases didn’t proceed any further and decisions remain pending.

The author is an undergrad student of media studies at the University ofManagement & Technology (UMT), Lahore