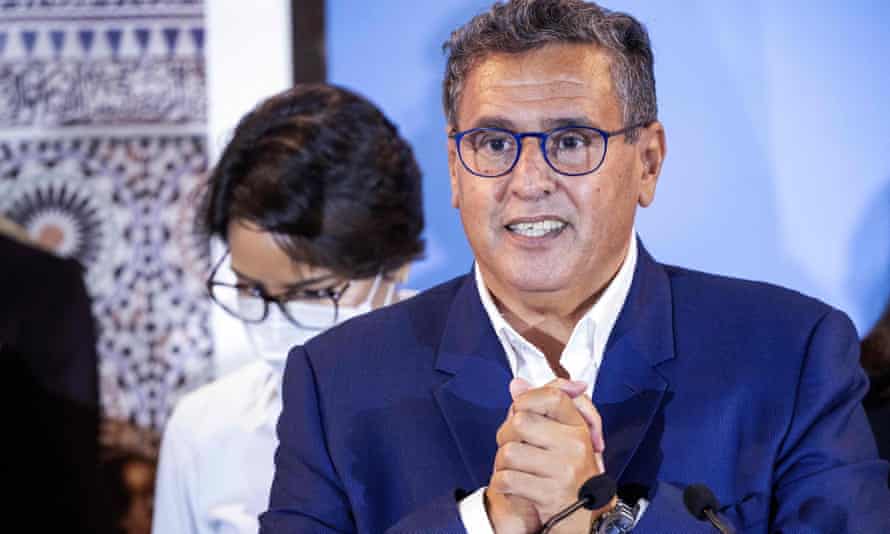 The king appointed Akhannouch “head of the government and tasked him with forming a new government”, following Wednesday’s polls, a statement from the palace said on Friday.

The RNI won 102 of parliament’s 395 seats, trouncing the moderate PJD Islamists, which had headed the governing coalition for a decade but took just 13 seats, according to results released by the interior ministry.

Akhannouch hailed the results as “a victory for democracy”. The billionaire businessman – worth $2bn according to Forbes – has led the RNI since 2016.

Akhannouch said he was ready to begin negotiations to form his coalition government.

“The most important thing is to have a coherent and united majority,” he said in a televised address Friday evening. Under Morocco’s constitutional monarchy, the new administration must be submitted for approval by the king, who reserves veto rights.

Akhannouch will probably draw from the main opposition, PAM – founded by an influential royal adviser – which came second in the parliamentary elections with 86 seats, as well as the conservative Istiqlal party, which took 81 seats. Cabinet horse trading is not expected to include the PJD however, which announced that it would switch to its “natural” position as the opposition.

Swept to power in the wake of the 2011 uprisings around the Middle East and north Africa, the PJD had hoped to secure a third term leading a ruling coalition. Despite the change of guard, policy shifts are unlikely since major decisions in Morocco still come from King Mohammed VI.

The head of the Arab world’s longest-serving dynasty has already announced a charter for a “new model of development” with a “new generation of reforms and projects” in the coming years, with political parties expected to sign up.

First transgender to enroll in M. Phil in Pakistan