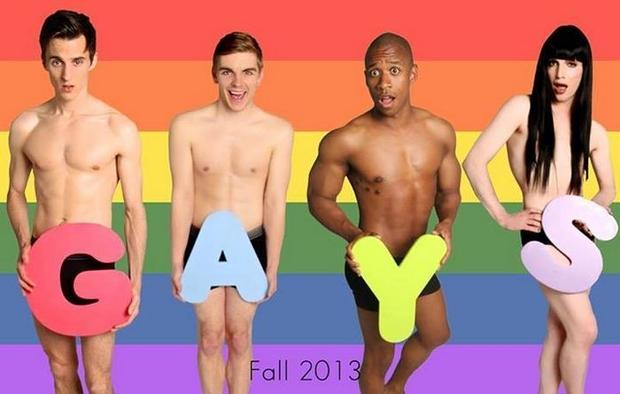 Is there any logic for a law in the bedroom? From Greece to Rome to the medieval and modern times in Europe (not so particularly) and Muslim ruled countries (very particularly) what happens in the bedroom was left to the bedroom couples, be they a husband-and-wife duo or any other pair. Although the exception to this rule held sway a lot of times everywhere in the world, none ever thought of the couple being any other than a male and a female.

So did India. India it is, however, that has just legalized same sex unions, an ad hoc situation, into a lawful one. Was it moral? Yes and no! Ms. Shobhini Ghosh, Sajjad Zaheer Professor at the AJK Mass Communication Research Center, Jamia Milia Islamia, Delhi, has penned a piece in Hindustan Times with the title End to unnatural exclusion – , a thought-provoking article that discusses almost every aspect of the problem but stops short of discussing the much-maligned term, ‘unnatural’.

What is natural sex? Of course, it is between a man and a woman if it is consensual. This answer excludes Lesbian, Gay, Bisexual and Transgender (LGBT) sex. Article 377 that has continued to hold force since the British days in India and Pakistan has never been revised, much less removed after 1947.

However, its use has been rare and, according to Barrister Iqbal Mirza, less than 0.1 percent cases are registered by the police for forced sodomy of teenage or even younger boys by adults in Pakistan. “Even if a report is lodged,” he writes, “the offender is let off by the police with a smirk and a dirty smile or is slapped and asked to refrain from the practice.” I dare say that the figures in India would not be less glaring though the practice is more prevalent in North and North Western India. South India, by and large, is free of it.

Some anal-retentive, self-righteous Hindu leaders have come up to say that ancient Indian culture, as culled from literature (both religious and non-religious) of those days, does not refer to same gender sex – and that the practice started after Muslim conquest of India. They never tire of pin-pointing Farsi and Urdu saint-poets’ and Sufis’ glorification of love for comely boys. Indeed true, but chapter and verse can be quoted about Ishq-i-Majazi (Love Corporeal) being the first step for Ishq-i-Haqeeqi, (Love Spiritual) and no one would dispute this fact.

In India and Pakistan, hijras (both transvestites and hermaphrodites) have existed on the sidelines of

the society that sustains them as parasites. Article 377 is a British-made law that applies to both countries. Now that India has got rid of it, there are sporadic voices in Pakistan for amending this law if not effacing it. Pakistan, as we all know, has developed a monochromatic. Culture in the last 60 years and any departure from it is cannot find favour, particularly if it is prompted by a move from India. However, it wasn’t the case in the fifties of the last century. Majeed Lahori, a gup-shup (humorist) columnist in an Urdu daily from Lahore, once wrote a poem about hijras. I still remember two lines from it.

It is well-nigh certain that the twilight zone in which hermaphrodites exist because of the midway point they occupy between male and female of the human species, no one would like to explore that forbidden territory unless one is gay himself or not so gay herself. However we cannot blame them for the generic misfortune they have no control over. Their lifestyle of song and dance and quaint dress for charging their “fee” at happy occasion like marriage or birth of a male baby in a household has held its sway over centuries.

We are told by census takers in USA that about 0.01 per cent babies born here are full or part hermaphrodites and need surgery later in childhood but, throughout their lives, their sexual craving remains for the dominant sex in their mixed up genes.

Choosing a Health Insurance Plan Is Not ‘Shopping’