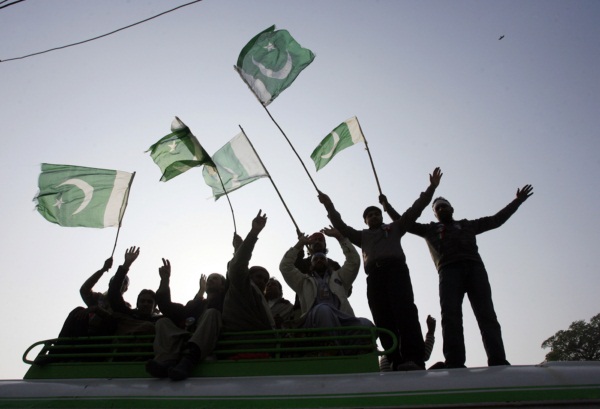 Everything is created with a purpose. When the creation loses it functionality or it stops serving its purpose, it is discarded or disposed off. This is a simple philosophical and historical fact. Civilizations came and disappeared when they became dysfunctional. History is witness to the rise and fall of great empires and states like Empires of Roma, Persia, Ottomans and USSR among others. When misery of the common people increases and the tyranny of the ruling class starts fuming suffocation, the journey of demise starts.

sub-continent. Others argue that the political hegemony of Hindus pushed Muslims to dream for a separate home land. Another perspective views creation of Pakistan as destiny for Muslims to get a separate homeland where Muslim identity can be manifested in politico-socio-economic spheres of life. Although I disagree with the first two viewpoints but I would refrain from going into logical and historical falsification of the economic and political argument for the creation of Pakistan. In my view these two driving forces (political and economic) are part of a larger whole. If we solely rely on these two arguments, that seems very superficial to me. When they talk about political and economic condition of Muslims, then how do they ignore the word Muslims and their identity inherent in it?

But one thing is common among the proponents of all three viewpoints mentioned above. They all agree to the point that people dreamt, struggled and sacrificed in Pakistan movement for a welfare state. A state, responsible to fulfil and protect basic human rights and needs of its citizens, on basis of equality. Leader of the nation (Muhammad Ali Jinnah) and dreamer of the idea for a separate homeland (Dr. Muhammad Iqbal) envisioned a democratic welfare state that would ultimately become a light house for the whole Muslim Ummah as well as for the other countries across the globe. Seventy years have passed and that dream is still a dream.

The first document of social accord (constitution of the country) took almost 9 years to be passed by the legislative assembly. Due to conspiracies and weakness of the political leadership, this country witnessed 4 prime ministers and 4 head of states during the first 8 years after its creation. Democratic roots were never let to establish during the first 11 years by the forces of undemocratic interests. These

undemocratic forces came out of shadows to the light in 1958 when General Ayub Khan imposed first military martial law in the country and buried two years old infant (first constitution of Pakistan). This abrogation of the first social accord was supported by the judiciary as well as the bureaucracy. The unholy troika came into existence. Religious and political forces accompanying this troika were nothing more than pawns on the chess board. They were incentivised with their self-interested little gains. This unholy troika polluted the political institution by bribing the politicians who accompanied them.

Any sane political voice that poses a threat to the status quo was dealt with cruelty. On the chess board of gains, security establishment held the position of King. Founder of the nation’s sister, Fatima Jinnah, dared to be the first voice of resistance against this status quo. Her fate is history. She was charged with the labels of “foreign agent”. She was made to lose elections against the dictator Ayub Khan. During the last 70 years of country’s history, not a single prime minister was allowed to complete his or her complete term, except one who was hanged later on to pay the price of being popular among masses.

This country is unique in the modern world where three prime ministers have been assassinated for being popular and many sent home. Will of the people was envisioned as a soul to the body of this country by its founders. If will of the people is disgraced since the inception of this country, this body is functioning without soul. If the purpose of this country was envisioned to be a democratic welfare state then we happen to live in a dysfunctional state. And dysfunctional entity is destined to be disposed off. The current state of affairs, in terms of politico-socio-economic turmoil, is ringing high to warn against some disaster. If people are kept deprived of their freedom and basic human rights, the fabric of unity, faith and discipline is destined to disband.

Imran Bukhari is a Pakistan based Lecturer in Psychology at Quaid-i-Azam University, Islamabad. He is also a Human Rights activist and writer.

GAYS AND NOT SO GAYS by Satyapal Anand