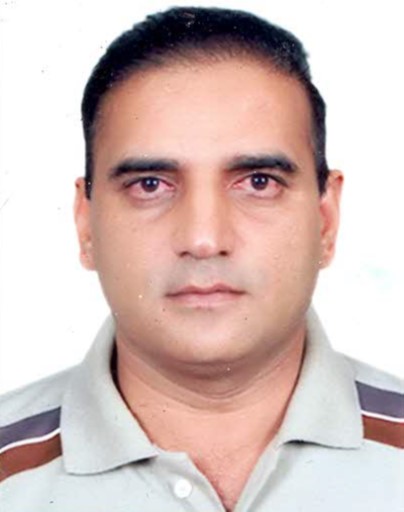 Education is the fundamental right of every citizen living in any country – this right – is proudly offered from all developed countries on priority basis. Around two-three decades ago in Pakistan, all three educational formats – schools, colleges, and universities –under public sector played an efficient role; they used to provide quality education with nominal government fees. Then – over the years – commercialism and privatization in education sector entered. Flawed policies, political interference and sectionalism started to grow; and gave space to private functionaries; and literally deteriorated the entire fabric of this important sector.  Private institutes and evening academies – ubiquitous in every small town and city across the country – have commercialized education nowadays. This private business is mostly operative under the umbrella of “government authorities and officials” – directors, college principals, and professors – who set out codes of ethics and operations for government educational institutes and undoubtedly have “conflict of interest” when they mint money while serving the interests of these private institutes. Subsequently, the government schools and colleges are in crisis due to lack of interest and commitment from their care takers. The students enrolled at government schools and colleges, attend classes at private institutes; their enrolment is merely formal requirement of “Boards of Intermediate and Secondary Education (BISE)” for their appearance in examination at the end of sessional year. Here question arises, why we need these “colleges”, where professors only go for gossip and having tea! While their entire interest lies in private institutes or academies. Schools and Universities – two-format-system – is popular in the world and students get education from grade-1 to 12 at schools, thereafter, they pursue their post-school studies at universities. The “college-format” barely exists in few countries including Pakistan with immense burden on education department. Question: did quality of education improve by virtue of this educational commercialism? The answer is absolutely “No” based on egregious passing statistics (results) of competitive examinations – CSS and PCS – in last few years. Notwithstanding the students pay “skyrocketed fees” to these private institutes, the outgoing flux of students sadly remains astray from contributing towards social development and sustainable infrastructure for economic growth. The concept of “entrepreneurship” has never been promoted by such educational institutes that helps outgoing students work independently with small business schemes. This fiasco is apparently because of several factors: socially mis-fit and inconsistent syllabus which is predominantly taught there, outdated teaching methodologies based on cramming rather than learning, and inadequate opportunities for cognitive development at these private institutes.

Speaking of the biggest province – Punjab – Shehbaz Sharif (the former chief minister) has, no doubt, taken substantive measures to improve the quality of education at government schools and colleges. Punjab Education Foundation (PEF) – initiative of Public-Private Partnership (PPP) – has rapidly replaced the old-fashioned government schooling system with amazing success regarding students’ enrolment. He also built adorable “Danish Schools” in virtually every district of Punjab with much better administration, buildings, and working staff for outstanding students with affordable tuition fees. Critics of previous provincial government of PML(N), nonetheless, have views otherwise and contemplate “Shehbaz Sharif” responsible for promoting “sectionalism” in provincial education and policing system. What they believe; that, instead of ameliorating the efficiency of all schools, colleges, and police stations across the board; he somehow, for political reasons and self-projection selectively introduced the culture of “Danish” and “Model” schools, colleges, and even police stations. This biased approach which in turn extensively gnawed the performance of all other schools, colleges, and police stations with no such tags. This institutional unjust and discrimination has not only disappointed the teaching staff but also caused to drop the enrolment of students in institutes which did not bear the title of “Danish and Model” with their names. What it shows – on purpose – majority of the schools and colleges were treated derogatorily and only the fewer ones were lured with incredibly higher grants and perks for short-terms political objectives. It is further ascertained that such partisan development for selectively few schools on government level deliberatively paved the way for flourishing private business of education and debilitated the functional mechanism of government schools and colleges in the province.  Contrary to Punjab, the KPK government of PTI laid out an educational outreach program for all and sundry; that pragmatically improved quality of education with outstanding students’ enrolment in government instituters; that enhanced the attendance of enrolled students there; and that restored the confidence of parents in government institutes. The KPK government reportedly minimized political interference in the institutes and brought drastic changes in the syllabi; that are the key factors of noticeable change there. The other two provinces, Sindh and Baluchistan have been under the nefarious clutches of political usurpers and coterie of higher echelons with no tangible evidence of any success on educational front during the last five years.

The plight of higher education in universities – after schools and colleges – is blatantly due to dichotomy between proclamations and actions from quality-controlling body (higher education commission, HEC).  As a matter of fact, HEC has turned into merely degree attestation department since Dr. Atta-Ur-Rahman – a renowned scientist – has resigned from the post of chairman HEC back in 2008. Under 18th amendment in the constitution, HEC provincial units came into existence and now practically two parallel units of HEC are working with naive system of mutual cohesion, co-ordination, and synchronization. The jurisdiction of provincial and federal HECs, has not unanimously been established between two units with the same title. Only two provinces Punjab and Sindh have their separate provincial bodies of HEC; while, KPK and Baluchistan are still working under the federally operative HEC Islamabad. This polarization has seriously damaged the repute, credibility, and efficiency of HEC which urgently needs to be addressed.

Universities distinctively stand for their research and development (R&D) activities; their global ranking is based on many parameters – research progress, faculty development, students’ enrolment, and contribution towards the social and monetary growth.  As ill luck would have it, research in many public and private Pakistani universities is the merely source of grabbing funds from related government institutes and sister organizations. Ongoing research in many subjects is far away from its implications for the social and economic development and progress in science and technology.  Ethical guideline approved by HEC for publications, is rarely followed and mostly overlooked; and the blind race for publication is so fast that both research scholars and professors do not even bother to see if the publisher of the journals where they send their contribution has any international repute or is mere a scam. Students deem to gain research-oriented degree and faculty members, by the same token, yearn for quick promotion to next higher rank circumventing the true spirit of scientific work for real implementation. Such publication houses work based on “open-access” policy for readers, therefore, they ask money from the authors to publish their work which is happily paid from the project funds approved by HEC. Thrusting out for publication has influenced the teaching practice of faculty members for want of time focused on the preparation of class lectures.

Sexual harassment of female students and staff from their colleagues and research supervisors is increasingly reported from time to time under male dominant and authoritative cover at universities. Sexual assault is not explicitly described publicly for its “taboo” nature in society and for many times, it is wrongly discerned by both victim and perpetrator in Pakistan. People are not aware of its legal repercussions for want of understanding about legit meaning and definition. A women’s protection bill was first ever passed by national assembly in the regime of “General Pervez Musharraf” in November 2006. This bill protects the women from sexual harassment at work place, and it was further strengthened by the following governments. However, it is not fully functional because of social stigma and parental discouragement of female students at universities where co-education prevails. Practical enactment of “women protection” bill requires public awareness campaign on every forum that might give fruitful result for the redressal of this increasingly threatening issue at work place.

Another challenge is transparent selection of faculty members by the selection boards at different universities: new appointments are made against HEC established criteria for selection on merit. Even the vice chancellors (VCs) and faculty deans at universities are reported to be appointed based on recommendation, cosmetic value, and political influence. In this context, most recently the chief justice of Pakistan in his rolling called upon vice chancellor of Punjab university who was reportedly appointed out of the way on the recommendation of one of former ministers in the previous government. As far as appointment of new faculty is concerned, that takes place once in a blue moon, and it is common practice in all universities that the retired professors are given extensions unnecessarily every year which impedes the way of young and energetic PhDs.  Government of Pakistan invests huge amount every year on talented young people and send them abroad on various overseas scholarships. Unfortunately, these people, when come back with high-quality experience and degrees; they find no job at universities and sit at homes or get involved in survival jobs.

Unless administrative officials and faculty of universities in Pakistan is selected purely on merit with sparking capability of individuals in terms of leadership, management, and their specialization in respective areas, we cannot compete the world in science and technology. Similarly, the HEC is essentially required to enhance its working domain with better planning and executional capacity. Education is the only way by which nations are built on concrete foundation followed by rapid social and intellectual progress.

Author (Dr. Mark Khosa) is a research scholar at University of Alberta, Canada, and a freelance writer. Before this role, Dr. Khosa was a lecturer at Ghazi University, D.G. Khan-Pakistan and served there 15 years.  Dr. Khosa holds a PhD degree in chemistry and prestigious credential of Project Management Professional (PMP) from Project Management Institute (PMI). He can be reached at mkhosa73ca@gmail.com