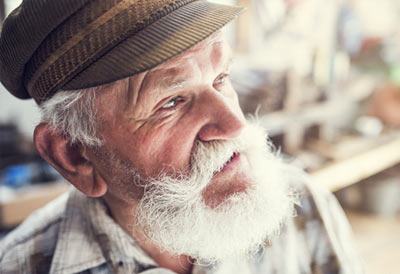 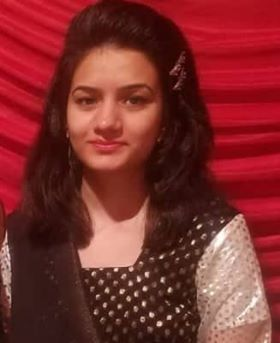 Hair loss is a medical anomaly whereas aging is a political disease. They don’t have much in common but if you are old, you have to be bald-headed, and there is no age restriction just in case you’re interested being bald. Those unaware of ground realities count me among the bald headed. Well, let me be straight here: I am not a mirror head. It’s just that.. I am going through a little hair deficit.

Say, I’ve got thirty percent of my head covered. Rest of it enjoys direct benefit from sunlight, consequently keeping my wit enlightened enough. Please don’t be thankful, ‘earth’s protection’ depends on this seventy percent of my hair.

I am proud of being Mughal descendent, and that of being bald headed. Lahore‘s barren fort and my barren head are the legacies I received from my ancestors.

Blessed am I for I am not being a person so aged for age is analogous to politics. You can deny anything you’ve heard. You can refute anything you’ve said like “well, did I really say so?”. It then becomes other party’s headache.

In reputable families, these elderly men are kept for significant roles, say to ask regarding someone’s hand or pretending it to be grandpa’s wish or even refusing another proposal, saying it’s not what Grandpa wishes for, whereas, grandpa could have been unknown to a bit going around himself on his name or the million dollar question of who kicked Asad Umar out, or like who and when someone planted Hafeez Sheikh!

Old folks as such sometimes commit such acts of ignorance at levels they are unaware of themselves.

For instance, while introducing my son to the aged barber – from that of my childhood era – he (the barber) started narrating the narration of my circumcision. The story covered up the area where I was being slapped to halt my teared protest. I was embarrassed as much as ministry of information is going to be when it comes to science and technology itself. Elders of such age are not capable of concealing any fact. Say – for instance – if someone tells them that upon drilling a specific point in Germany and penetrating straight through the core of earth, one might pop out at the heart of Japan, they would stubbornly infer and consequently claim that Japan and Germany are neighbors, and to add up more, both states have been nourishing large industrial zones right at the edge of their belly cavities. The ministry of science and technology will have to endorse the fictious claims, a million times to support the argument, ‘the man is not wrong, the two subject states are really neighbors, Japan just slipped into sea while Americans were dropping the nukes during WWII’.

Such men in their seventh decade of life are as reliable as Chinese goods: Both are homeopathic – unreliable.

And yet their stories keep on embarrassing and triggering the utmost amazement of their family members as well as their co-conspirators. Although we may still excuse with a thousand different excuses that grandpa does not always understand what he is talking about or like it’s the outcome of his excessive age, yet Japan is steadfast on its demand that she must be included in European union post this brand new revealing reality. Germany on the other hand, is ‘fuming’ over the matter condemning the publicization of matter as such – if it had happened.

It’s same as Governor campaigning for water reservoirs back in US. Just imagine the humble scale on which such a huge campaign is going on. He’s not publicizing – touch wood – for the whole fundraising never falling down like damn finds campaign.

Back to us, our Governor is out there in America, doing a bit of fund raising for the water schemes. God knows if even a single soul has talked about it.

Opposition is ridiculously ignorant. Take – for instance – Have a glimpse of Bilawal in your head… or just forget it.. Never mind!

He is a gross person who on termed a politician twice his father’s age as stupid. And the politician being ridiculed by him, having grand experience of two decades could only grasp a fact that there is only one Sadar in state, and that is Rawalpindi Sadar!

It is impossible to oppose Khan’s vision. The way he perceives and keenly observes the world around him is something no normal human being is capable of.

He is an international leader. The level to which has he brought Pakistani economy and that too, in mere eight months was doable by no one but him. And not just that, forget not the fact that he goes to Iran and causes a cancellation of Iranian negotiations with another other four states. Iran is now on a pathway to progress and development, same like us from which we ourselves are ignorant of!

I won’t be able to question his statement regarding terrorism as I couldn’t even make my barbar hold answerable to the hits and slaps I received while my circumcision. It will be a nightmare for me to have it all repeated.

And what was that Sonakshi said, ‘sir, I am not afraid of a slap’.

Let it stay between Imran and Iran!