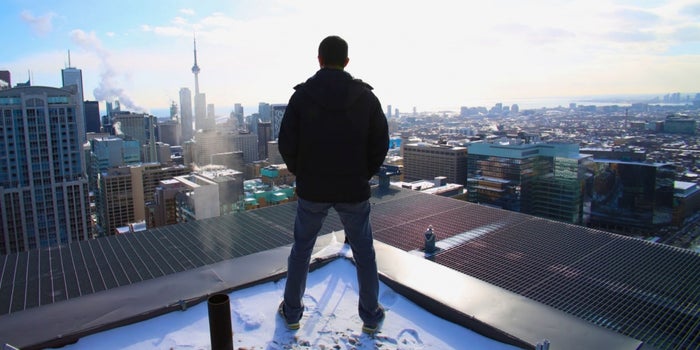 Eternal city and the kingdom of God,” paradise” is an ultimate dream destination for every human being and biggest pursuit ofexistence. Its importance was realised from the very beginningof life, when Adam and Eve were banished from Garden of Eden. God told them to eat from every tree in the garden except tree of knowledge of good and evil under penalty of death. But Satan (Lucifer) in the form of a snake deceives them into eating fruit from forbidden tree. God displaced them for disobeying. Acreation myth, which all the Abrahamic religions share with a little difference in details of this epic. As Adam and Eve centralto the belief that humanity in essence is a single family. And ashared belief that they were the first residents of the place called paradise. Happy and contented, with no worries, enjoying each other, lost everything because of their defiance.

Documented history of human beings is few thousand years old, rest are mostly elaborated scientific calculations and myths. First ever written evidence of religion recorded on Sumerian tablet in 3500 BC. Ancient Egypt, Greek and Norse mythology, Persian cosmology, Abrahamic, south Asian and traditional African religions all share belief of one or the other kind of after life.There is no culture in human history, which has not practiced some form of religion. The account of paradise is yet not first hand, still nobody living on earth has any experience of that. How it looks like where could be its exact location, is this on the same planet or in another galaxy. Usually, people look up above while talking about heaven, so it naturally occurs to be in some other part of solar system or Milky Way.  All this unknown to man, though this is not even a question of interest.  We mainly believe in our holy scriptures, after death because of our good deeds, we are going to be entitled, living peacefully in paradise and those who have failed in their worldly life are doomed to rot in hell.  We human beings by the experience of Adam and Evehave become so much conscious to settle in heaven that do nothesitate to turn this world into a living hell.

Insecurity and fear has turned this world chaotic. We all are in an urgency of booking a house in paradise, this never declining market has given birth to the greatest business of all time. Wiseand smart people with money making recipes are known as economists often talk about demand and supply, which is dominated by a major motive of doubt, about the shortage. Thereafter, making us to buy things often in advance and at every available price. Human wisdom has never been subject to doubt. To meet the requirement for supply of homes in heavenhas become the most profitable career in the world. Its primitive name, we are not aware of but in modern age it is called realestate.

Line of work, business has been the earliest of human activities for living. Sense of ownership is also very innate in nature. Modern real estate business with its present terminology started in 1900s and developed as a mode of established profession.Worldly supply of homes is being done under this very name.  This faction with all its intelligent work is somewhat boring. Their method is very scheming but with all the government rules and regulations in this day and age, they do fall under some scrutiny. Their profit margin is very high, too, as they have learnt to sell dreams which are priceless. Hence, we are ready to pay any possible price to buy this dream heaven called home in generic terms.

In contrast, real estate agencies dealing with the housing market of paradise homes in afterlife, is the most vibrant. Their business is one of the oldest. As for a living, we all have to choose fromwhat life offers.  After necessities and luxuries, dreams and fantasies are the two basis for most trade dealings. When both combined the profit margin is beyond reasoning.  This business entails a long history of religions and some super brainy humans who invented it, which made them gods on earth.

Man in antiquity was inclined towards learning and reasoning, havoc of this franchise was limited. Europe in medieval ages under the patronage of church, started selling misery to man in exchange of eternal gains.  The influence was so great, church sold comforts of life in hereafter with the assurance, as much pain you bear in this life it’s going to be equally rewarding after death. Even the natural calamities were considered a result of common man‘s sins. Nobody cared and dared to ask, the one living life of benevolence, why aren’t they punished foranything. But it was instilled in their minds so strongly, asking such questions was also an insolence, not to be forgiven. Ironically who manipulated them, were also the same flesh and blood humans. It took ages to realise, what is being sold, doesn’t exist at all.

Time changed, few enlightened people realised reverting back toreason and knowledge, noticed they have been buying a hoax all the way. Some learnt the lesson. So the talk about eternal peaceful settlement became less important for some in the world. Nevertheless, still, this exists to be a mean of end good for worshipers of Mammon (money God). They prefer to donate religious centres more than feeding hungry and poor. The anomaly is present everywhere. Only the cover of Holy Kaaba (kiswa) costs about $6 million and it is changed every year.Saudi Arabia generates estimated $12 billions annually from people performing Hajj and Umrah  Pilgrimage. Vatican City’s wealth is estimated $10 to $15 billions, with big investments in banking, insurance, chemicals, steel, construction and real estate ( both of worldly and paradise homes,” obviously”). The money never stops pouring in, to these religious centres when some 150 million people are homeless worldwide. Some 795 million people in the world do not have enough food. More than 72 million children are not in schools, and the list goes on.Competition to get unseen and unauthentic blessings in afterlife,through splurge on religious places is still man’s greatest calling.

In essence, regardless of all the learning and awareness, still Vatican, Makkah, Jerusalem, mosques, synagogues, temples,gurdwaras and monasteries are the wealthiest places. When humanity is dying of hunger, poverty, disease and war mongering on earth, we want to secure a home in paradisethrough supporting properties already oozing wealth. Paradise real estate business is flourishing in all the religions with equalprofitable gains. They have very fancy and appealing names different in all societies. It is not possible to beat their charm. The system is highly organised.  Currently this paradise real estate market is fully operative in almost all the developing, poor countries because it goes best with terror, ignorance and poverty. The poorer, the more chances of greed to buy a house in nirvana (heaven) as these agents have no worldly charm tosell off. They reserve that for themselves.

Moreover, this trade is going hand in hand with firearms industry. Partnership has skyrocketed the demand. Causing, those who cannot afford basic necessities are using high tech firearms to kill each other for securing land in house of God. For this, virtual staging and furnishing of homes in paradise is done in a way, buyer is given a feeling of confirmed possession and with this sales net is considerably improved. One who is being killed is also dying to get a home in same residential area. It often gets confusing, they all are going to end up living in the same neighbourhood in ‘the promised land’ because there are no documented proofs ever given to customers as authentication that which particular group is actually given the task of selling this property. This is the only department which is thriving beyond anything with only verbal assurances. Hence, never been challenged in any court of law.

Additionally, their luring tactics are charming enough, peoplehardly dare to ask them about this life and mystery, aren’t we the part of one human family and its imperative to live in peace in this life to get a blissful life in hereafter. Caution, such pertinent questions are surely going to bar you from getting any agentalong with the lurking danger of supply ending any time.

This occupation organised under the few big names initially but as the population increased. So did the employment. With few exceptions only the big companies are working with differentfaculties and departments having many tiers now.  Progress and personal growth is subject to performance some agents withinyears jump to the upper level, but those who are not so vocal and lack the ability in sales, hardly attract few buyers are left behind.Forms of marketing vary as per the strategy of the seller and capacity of the buyer. These concession centres have been shifting as per the trends spreading all across the globe.Sometimes wondering, if we manage to start a life on Mars, this business transports there, too?

Some day, out of nowhere, it might happen, all names which are used to increase sales, would come together, have a press conference stating, hey guys it’s the same company and same residential plots, apartments, houses, bungalows and mansions, being sold over and over by all the different companies. Finally, all are going to live happily together in the same heaven,irrespective of those who have committed heinous crimes to humanity, would decay in hell, including these agents who are tarnishing world peace in our names. Appealing, don’t be manipulated by these phony agents. Possibly, Brahma, Moses, Jesus, Prophet Muhammad, Gautama Buddha, Guru Nanakcollectively apprise the world, mankind is heading in the same direction eternally. This destruction in our names is just for bigger profit margins. We were just ordained in different times and areas with same universal message of peace, love, harmony and respect for each other. Diversity is beautiful not sinful. Transform this world into a paradise with empathy. Eventually, guaranteeing yourself a beautiful house in paradise. According to Bhagat Kabir in Guru Granth Sahib, “one can experience heaven on this earth by doing company of holy”. We are chasing these fake paradise real estate agents and destroying each other in the name of religion. As no faith in the world teaches violence and killing others. Conversely, by turning this world into a living hell, everyone believes that his agent is the best and he has got the premium religious deal so far.