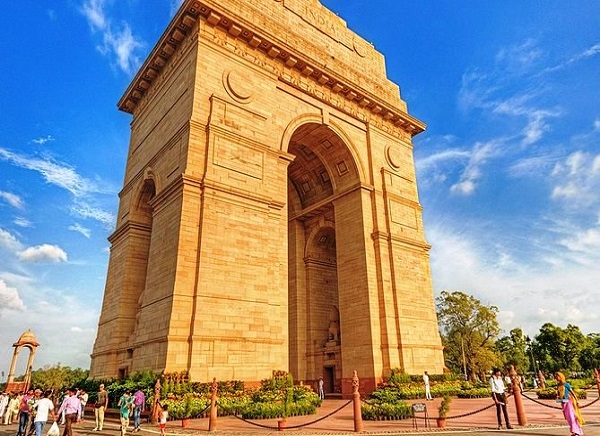 The establishment of the first Hindu Court in UP’s Meerut district on August 15, 2019 (72nd Independence Day) with Pooja Shakun Pandey, national secretary of Akhil Bharatiya Hindu Mahasabha, notorious for re-enacting ‘Gandhi assassination’ on last January 30, as the first judge should not be construed merely as symbolic. The judge then itself, pronounced that the Court will have proper jails and maximum punishment will be death. The bylaws of the Court based on Manu Smriti will be released on Gandhi Jayanti on October 2, and the names of five more judges will be announced then, who will take charge in different parts of the country. Meanwhile, Hindu Mahasabha has plans to set up similar courts in Aligarh, Hathras, Mathura, Shikohabad and Firozabad on November 15, the day when Nathuram Godse was hanged. The main motive of the courts, as per the Hindu Mahasabha leaders, was to settle the issues related to the Hindu community on fast track basis as they remain pending in judiciary for long.

It should be noted that while Dr. Ambedkar was drafting the Indian Constitution, the RSS had expressed its outrage at him and demanded that Manu Smriti which epitomised the superiority of Brahmin men and considered women, the lower castes and the “untouchables” as subhuman, be made the basis of Indian Constitution. RSS justification for making Manusmriti as Indian Constitution had appeared in two Issues (November, 30 1949 and January 11, 1950) of Organiser, its mouthpiece. The November 30, 1949 Issue, among other things said: “The worst about the new constitution of Bharat is that there is nothing Bhartiya about it … in our constitution, there is no mention of the unique constitutional development in ancient Bharat. Manu’s Laws were written long before Lycurgus of Sparta or Solon of Persia. To this day his laws as enunciated in the Manusmriti excite the admiration of the world and elicit spontaneous obedience and conformity. But to our constitutional pundits that means nothing.”

Viewed from this perspective, the Manu Smriti-based Hindu Court that is being inaugurated in UP is to be understood as integral part of a broader saffron theme towards open Hindu Rashtra. It is in accordance with the tenets of Manusmriti that the Hindutva forces led by the RSS have consistently been demanding the abolition of caste-based reservation. The recent reassertion of this position by Mohan Bhagwat, RSS chief himself is to be viewed in this context. A few days back, RSS was in the news for starting military schools for supplying personnel to Indian military. This is perfectly in tune with the erstwhile fascist tradition where paramilitary lumpen goons (eg. Black shirts of Italy and Brown shirts of Germany) trained in ‘fascist academies’ merged with the official military apparatus in enforcing the rule of fascist regimes. The establishment of Manusmriti courts by Hindu Mahasabha having more pronounced ramifications is a further step forward in this direction.

Unlike Italy and Germany when fascism suddenly shot up from the economic and political crisis of the 1920s, fascist transformation in India is to be understood as a systematic, steady and long drawn-out process spanning almost a century and having deep rooted and multi-dimensional penetration into entire civilian and military apparatuses of the Indian state. And unlike the Italian and German fascists who had sharp contradictions with other imperialist forces that turned out to be their Achilles’ heel, the Hindutva fascists from the very beginning have been shrewd enough to serve the interests of international capital at every step–an aspect to be noted by democratic forces in India. No doubt, the whole trajectory is now being cleared for India’s eventual transformation in to a Hindu Rashtra.