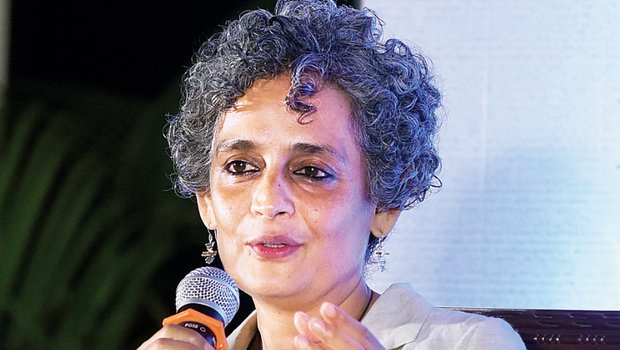 Issuing a statement, she said, “India is standing up. This government stands exposed and discredited. This is a day when love and solidarity face down bigotry and fascism.”

“Everybody has joined in to protest against the unconstitutional CAB and NRC. We are Dalits, Muslims, Hindus, Christians, Sikhs, Adivasis, Marxists, Ambedkarites, farmers, workers, academics, writers, poets, painters and most of all students who are the future of this country. This time you will not stop us,” she said.

Roy claimed that with CAA and NRC they want to cripple constitution. Explaining why NRC and CAA when put together are discriminatory in nature, Roy says, ‘This is not just about migrants, even if it is about migrants it is illegal to discriminate against Muslims.’ NRC CAA together will turn all citizens into petitioners. It is not only against Muslims but against poor as well, she said.

She asserts that the protests are to roll back CAA and NRC. She claims that people of all religions and castes belonging to all walks of life are showing their dissent against the divisive, fascist and bigoted government.

Roy warns, ‘This is the beginning of the end of this government.’ While expressing fears that they will unleash goons, police, hatred, rumours on the social media, she still hoped that they cannot beat the protestors down, and this fascism will end.