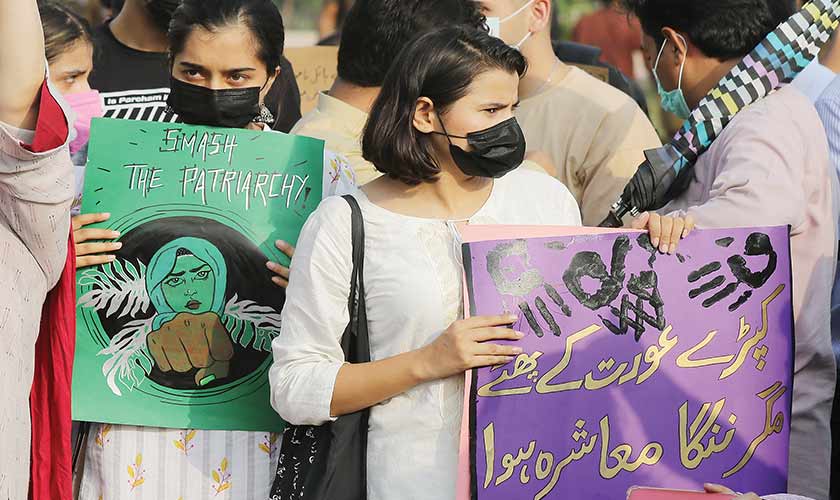 In a moving bus, Jyoti Singh of New Delhi was gang-raped by six men on December 16, 2012 and seriously mutilated. She succumbed to her injuries and died twelve days later at a hospital in Singapore. The main culprit Ram Singh was apprehended the very next day. He committed suicide in a prison before the trial commenced. Four others have been sentenced to death. The sixth, a minor at the time, was jailed for three years. The aspect worth noting was the perpetrators’ stance. Ram Singh said that he had raped Jyoti because she was wearing inappropriate clothes. He had injured her with an iron rod because she resisted his attempt. His brother Mukesh was also interviewed after he was sentenced to death. He made a few alarming statements in that interview. He said that women should stay at home instead of roaming around like Jyoti. He was convinced that the onus for rape always lies with the woman – that a man cannot rape without a woman’s participation at some level. On the death sentence, he said it was a mistake by the judges that would further endanger women’s lives. He said the rapists had not killed Jyoti but in the future such women would be killed as that would work to the rapists’ advantage by making prosecution harder.

Obviously, the court and the civil society rejected this line of arguments by the perpetrators and their lawyer, AP Singh. The lawyer vilified the judges after he failed to convince them, saying they “did not uphold the truth” and “Indian values”, which he and his client believed in. In a public statement, he said that he would set his daughter on fire if she brought a bad name to his family. For her part, Aasha Devi, Jyoti’s mother, refused to conceal her daughter’s identity. She said she wished to set an example for future victims and to communicate her resolve that her daughter had done no wrong.

Every criminal activity against women in Pakistan generates similar questions and debates. These debates mostly revolve around ideology and values surrounding the status of women in India and Pakistan. That is not difficult to establish because there is no other crime in the two societies for which similar justifications are offered so zealously. Ironically, the changing role of women is being blamed for the crimes committed by men. For this reason it is predictable that when a high point is made of such incidents, there is an attempt to highlight the aspects of the incidents that make it “easy” to blame the women. The examples include the social media profile of the girl attacked at Minar-i-Pakistan; the fact that a woman had been travelling on her own at night on the Motorway; and Noor’s acquaintance with Zahir. These points are raised to make a point about women’s ‘role’ in these incidents. The incidents in which children are abused and killed do not qualify for such discussion. Someone may blame the general ikhlaqi bayrahrawi (moral waywardness) or the pornographic content available to everyone on the smartphone. There is absolutely no theory on necrophilia. Similarly, there is absolutely no theory about a cleric who abuses a child. In absence of such an analysis, patterns of sexual crimes are impossible to identify. If the aim is to eliminate the crime, not going beyond who to blame will limit the benefit of the debate.

A few things are clear, even with sparse data and without a sophisticated statistical analysis. One, the number of reported incidents is on the rise. Some collated data is available to support this notion. Second, the incidents are becoming more gruesome than ever before. The increasing number of killing of children after rape is a testimony to that. What do these two trends tell us about the patterns of sexual crimes? A cursory look at the reported incidents is sufficient to establish that in most of these incidents the victim did not expose herself/ himself to the ‘potential risk.’ Two, some of the incidents in Pakistan are not comparable with any other society. A qualitative analysis of the nature of incidents in Pakistan and elsewhere is needed to establish this point. Three, the involvement of people from lower socio-economic strata belies some of the explanations readily trotted out.

The incidents involving clerics cannot be explained in terms of the notion of bayrahrawi, which impliesinadequate religious-moral schooling. The notion of ‘men not being robots’ still needs proper rebuttal. The comment, later watered down by the prime minister and his apologists, offers a psycho-social assessment of the Pakistani man. According to this assessment, a man rapes when his sexual impulses are provoked by seeing an ‘inappropriately dressed’ woman. This dangerously conflates crime with a natural expression of biologically-driven libido. For the sake of completeness alone, he needs also to analyse the impulses of women who work shoulder to shoulder with men and attend, among other public events, the rallies organised by political parties. An explanation is also needed for why a woman chooses to be ‘inappropriately dressed’ and how she can stop herself while a man cannot.

The article is displayed here without copyright intentions by the courtesy of The News and can be found on the link below.

Woman—UoB Scandal and the Unheard Voices