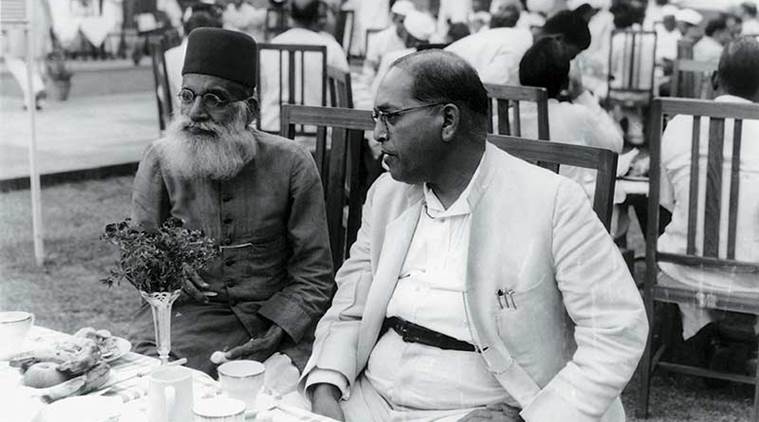 As the country commemorates its 70th year of Independence Day, honouring thousands of stalwarts and freedom fighters who laid down lives for the vision of Independent India, only a few would acknowledge the contribution of Communists in the freedom movement up to 1947. Despite generally being neglected and discarded in the historiography of India’s glorious freedom movement, it has to be accepted that the Communists played a crucial role in the country’s freedom struggle.

While the Communists were ideologically at loggerheads with the Indian National Congress (INC), even Viceroy Lord Irwin, in his 1929 speech to the Legislative Assembly, stated that “the disquieting spread of Communist doctrines has been causing anxiety” and declared that the government would take strict measures. But the Communists believed India’s freedom could neither be achieved through British government’s reforms nor by Congress’ idea of peaceful means. For them, socialism was the only way to emancipate the masses from poverty and destitution, once the country is freed from the imperialist rule.

During the period of 1920-29, a series of conspiracy cases had been levelled against the Communists, including the Meerut Conspiracy case (1929) which resulted in harsh prison sentences. In fact, the Communist Party of India (CPI) was an illegal party for most of the time under the British rule. It was only in 1937 when the Congress ministries came to power in several states that the ban was lifted. But it had to go underground again in 1940, and could only start functioning openly after it supported the anti-fascist allies in the World War II.

The year 1928 also saw the Communists succeed in forming big unions, leading plenty of strike-struggles of the working class while advocating complete independence of the country. Workers strike in Bombay, in which railway, textile and municipal workers participated when the Simon Commission reached the port of Bombay, became a part of the national movement for boycotting the Commission.

Although the Mahatma Gandhi-led Congress initially opposed the resolution and sought Dominion status till 1929, the party eventually adopted Purna Swarajya as its objective in 1930. Subsequently, the CPI came up with its own Platform of Action in 1930, listing out a complete programme for achieving independence. Determined to oust the colonisers, the platform emphasised a radical change while calling for confiscation and nationalisation of all 13 British factories, banks, railways, sea and river transport and plantations. Among other outstanding demands included an eight-hour working day and improvement in conditions of labour.

Before the launch of the platform, the Communists had gradually started striking a chord among the workers, the peasants and youth. Sensing their rising power, the British government countered with a spree of cases against Communists in Peshawar and Cawnpore in which stalwarts like Muzaffar Ahmed, Shaukat Usmani, S A Dange and Das Gupta were sent to prison.

Meanwhile, revolutionary Mastarda Surya Sen’s daring Chittagong Armoury raid in 1930 saw the participation of Communist leaders, though the movement was eventually suppressed. However, it managed to send the alarm bell ringing for the Britishers.

In 1934, the Communists succeeded in organising an all-India textile strike with the help of other trade unions as the working class wave continued to surge a year before. The release of political prisoners—mostly jailed in the Andaman and elsewhere—was one of the major demands of the strike.

Later, the Communists joined forces with the Congress but refrained from surrendering their class outlook and their revolutionary approach to the national liberation struggle. Many left-leaning political activists joined the newly-formed Congress Socialist Party under the leadership of Jayprakash Narayan. The alliance resulted in the rapid growth of Communist influence and of the Communist Party, which made great strides in Bengal, Andhra, Madras and the states of Travancore and Cochin.

The Communists along with Congress socialists deftly utilised the period of Congress Ministries to mobilise the peasants with an aim to raise anti-imperialist consciousness among them to face the impending battle against imperialism. The peasant movement received a shot in the arm following the victory of the Congress at the provincial polls in 1937. Formed in 1936, the Kisan Sabha’s membership witnessed a jump of half a million by the time it met in its second session at Commilla.

When war started in 1939, the Communists were the first to launch an anti-war protest strike, which witnessed the participation of more than 90,000 workers in Bombay in 1940. They believed that people across the world had been dragged into a destructive war by the imperialist powers. However, following Hitler’s attack on the USSR, the Communists underwent a change in their narrative and realised that the victory of the anti-fascist combination headed by the USSR was in the interest of the people of the world as well as in the interest of the national freedom struggle of India.

While supporting the war, the Party had then called for the establishment of a national government–a Congress-League government at the Centre–so that the country’s war efforts should not be in the hands of the Britishers. By this time, the Hindu-Muslim dilemma had reached the point where the demand for Pakistan was floated by the League.

Between 1945 and 1946, the British government received a sample of the Indian mind when they put on trail the officers (Shah Nawaz Khan, Prem Sahgal and Gurubaksh Singh Dhillon) of the Indian National Army. The Hindu and Muslim masses came out together despite differences and put up formidable demonstrations because of which arrested officers had to be released. In February 1946, Indian sailors of the Royal Indian Army in Bombay, Karachi and Madras launched a rebellion against Britishers with naval ratings carrying the Communist Party flag and raising slogans of the Jai Hind, Inquilab Zindabad, Hindus and Muslims Unite, and Down with British Imperialism in Bombay. While the naval rebellion was condemned by Sardar Patel, the Communist Party backed the strikers.

Along with naval uprising, 1946 also witnessed militant peasantry struggles across the country as the Communist Party led the armed Vayalar and Punnapra struggle in the state of Travancore, militant Tebhaga struggle of peasants in Bengal. These actions demonstrated the potential that the peasant struggle led by the working class party could reach.

Citation: The Role Played by Communists in the Freedom Struggle of India by B. T. Ranadive (JSTOR)