A Psychopathological Perspective in Neo-Colonial Era. The last episode. A List of References and links to previous episodes are provided in the end.

The state of Pakistan, by all means, fulfils the criterion to qualify as a Neo-Colonial state. The American, British and some other states have active involvement and interference in to Pakistani affairs. But even, this definition needs review in the current political scene. Pakistan, would be the only neo-colonial state with a heavy presence of non-state militias. Rana (2004) counted twenty four organization involved in active war (or Jihad) nationally and internationally. These groups are fighting against NATO forces, Pakistan Army and other security agencies, their political and religious rivals and they also attacked public places and targeted civilians. Fukuyama (2006) identifies the difficulties a state can face in dealing with non-state actors, like Hezbollah and Al-Qaida. One can see the inappropriateness of the comparison very easily, but one aspect cannot be over looked. Al-Qaida was the creation of the US and its allies in the late 1970s to fight against the former USSR (Ahmad 2006) The militant groups active in Pakistan are the off shoots of those militias, which the US and allies formed at the end of cold war. These groups were formed, in 1980s, to fight a war and to create war hype and Jihadi sentiments among the Muslim masses. The Jihadi training manuals were not written in any Religious school of Pakistan or Saudi Arabia but at the University of Nebraska under the US grant of $50 million (Davis 2002). After Russian retraction from Afghanistan these militias were abandoned and let go loose.

At the moment, according to the news reports the US is negotiating with the Taliban. Pakistan, as being accused, never stopped supporting them. The off shoots of Taliban are active in Pakistan which National Army is struggling to rein in. No ordinary person, like this author, can claim of being privy to the level and nature of relationship between the US, State of Pakistan, Pakistan Army and these militias. However, two things can be said about this interaction with certainty, 1) it is not a unidirectional interaction rather it is ambivalent, multilayered and interaction of interdependence, (remember the title of Ashish Nandy’s book, “The Intimate Enemy”), 2) for a common man, who is actually the victim of this interaction from the day one, nothing is known about ‘who is who ‘and ‘who does what’, so it is a complete chaos. This chaos is further aggravated by the media pundits about whom as well, masses do not know that ‘who is who’. The militias, created by neo-colonial masters and their local and international collaborators, wrecked the lives of Pakistani masses. The survival and success of neo-colonial masters, armies and militias are in their ability to maintain not the war but war like situation in the streets of Pakistani towns and villages, which they are successfully maintaining at least since early 1980s.

This aspect of neo-colonial behavior with its chaotic disposition, prolonged ominous presence and the split inducing nature is quite palpable in the Pakistani society. The capricious permutation and combination of neo-colonial masters, military, militias and ideologues make Pakistan a peculiar place to study.

Murthy and Lakshminarayana (2006) reviewed the studies conducted in 12 countries to identify the psychological effects of wars. For the purpose of this review “the term war is used to include both wars waged between countries (e.g., the Iraq-Kuwait war) and conflicts within countries (e.g., Sri Lanka)” (p. 26). Pakistan is not included in this review, as it does not qualify for both the categories, though it has an internal conflict. However, unlike Sri Lankan conflict, the conflict in Pakistan is not well-declared, well-defined and well-identified and not against an enemy with well-known demands. The review shows high incidence of depression, anxiety and Post-Traumatic Stress Disorder (PTSD) among the people of war torn regions. The DSM IV TR, described six main areas to assess and diagnose PTSD, which are; the stressor, intrusive recollection of traumatic events, response of avoidance or going numb and detached, hyperarousal, duration and functional impacts (APA, 2000).

Though Pakistan is not included in this study but one can imagine the situation in the country, where the stressor is an enigmatic war like situation between innumerable factions who keep changing their names and faces so often.  The enemy, masses identify today is declared as friend tomorrow by the media and sympathizers. This complicates the understanding and awareness of masses around the stressor. The society tries its best to avoid facing the stress through ideological, political and religious tools of distractions, but encountered with a terrible failure. The society is in a continuous state of hyperarousal and show startled responses to threat or threat like stimuli. However, startled responses are not calculated and well thought out responses, that is why no productive results are achieved except mortification. Society oscillates between numbness and startled reactions, which creates a fallacious image of the country and its people.

Pakistan, in the last thirty years became a discernible place to study. It is facing a unique, perpetual and furtive war since last more than thirty years without any social consensus about the enemy and the reason for war and without any exit strategy, which caused a multilayered and multifold social trauma.

The complex situation and its fluidity did not allow masses to attain any concrete view. They live in a varying level of intense fear, which they do not know the source of. For Pakistani masses it is not the Post-Traumatic condition to endure, it is a perpetual narrative of apprehension. In haphazard running around, different segments of society are gone further divided and adopted different mechanism to survive the psychological riddle, which resulted in diverse beliefs and responses, ranging from extreme and obsessive anger to unbreakable apathetic stupor.  Neo-Colonial masters very skilfully, as Fanon pointed out, aggravated the differences. The Neo-Colonial masters, the armies and militias are using the chaos to strengthen the gory grip over the country.

Psychoanalysis offers information and somewhat correct measurement of psychopathological dungeon of a Neo-Colony. Eidetic Imagery of Akhter Ahsen offers a solution embedded in the very haunting images of colonial past and neo-colonial present, which may become a stepping stone for a Decolonized Pakistan.

Fukuyama, F. (2006). After the Neocons: America at the Crossroads. London: Profile Books

Hook, D. (2012). A Critical Psychology of the Colonialism: The Mind of Apartheid. London: Psychology Press

Laing, R. D. ((1967). The politics of experience and the bird of paradise. London: Penguin

Nandy, A. (1983). The Intimate Enemy: Loss and Recovery of Self under Colonialism. New Delhi: Oxford University Press.

Nandy, A. (1995). The Savage Freud and Other Essays on Possible and Reteievable Selves. New Jersey: Princeton University Press.

Rashid, A. (2008). Descent into chaos: How the war against Islamic extremism is being lost in Pakistan, Afghanistan and Central Asia. London: Allen Lane

Snippenburg, L.B. V. (1991). Social Class and Political Behavior during a Period of Economic Stagnation: Apathy and Radicalism in the Netherlands, 1985. Political Psychology. 12(1): 41-63 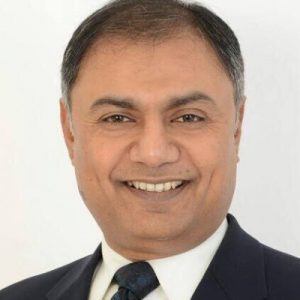