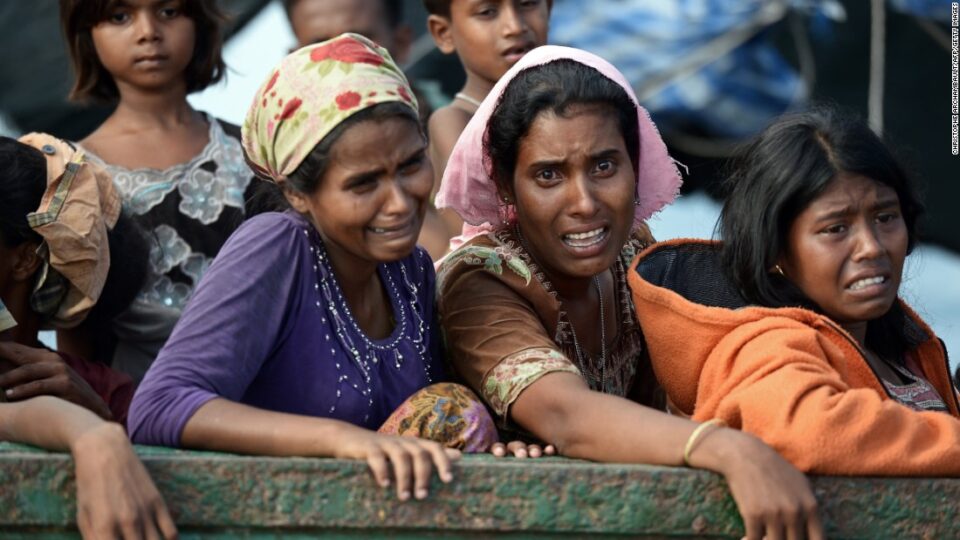 From last few days, images and videos of helpless Rohingya Muslims of Burma are being circulated on Facebook and other social media. In some videos, armed forces of Myanmar are visibly seen firing on poor Rohingyas, including children and women and burning Rohingya houses whereas in some videos attacks on children and chopping their legs, arms by knives etc can also be seen. These images and videos are highly disturbing. According to latest reports those who are able to save themselves from the wrath of the marauding Myanmar forces end up drowning in the rivers. Mass rapes have been also reported.

According to former UN General Scretary Kofi Anan, Rohingyas are the most persecuted minority

community in the world. The most affected area is Rakhine where hundreds of houses have been raises to the ground. Residents of the area have accused those security forces of shooting indiscriminately at the unarmed men, women and children causing hundreds of deaths from past five days. According to satellite imagery collected by Human Rights Watch (HRW), at least 10 areas over about a 100km stretch in northern Rakhine State, which lies in the country’s west on the border with Bangladesh, have been razed over the past five days.

Who are Rohingyas? According to some scholars, Rohingyas are indigenous people of Rakhine state while the stance of Myanmar state is opposite of it. It believes that Rohingyas don’t belong to the Myanmar and are illegal migrants. That is the main reason of their plight and persecution. The problem with the state is that it is not interested in dialogue and reconciliation. Even journalists and International Rights bodies have been banned from entering the area. It is like emergency there.  According to Tun Khin, President of the Burmese Organization UK, “One positive step by the government was the establishment of a commission chaired by former UN Secretary-General Kofi Annan. However, it excluded any Rohingya from being members and had a limited mandate, not being allowed to look at rights violations last week.”

The only hope of the hapless was Noble Laurete Aung San Suu Kyi, but she has only added more disappointment to the already disappointed. In this regard Tun Khins says, “We had hope that when a 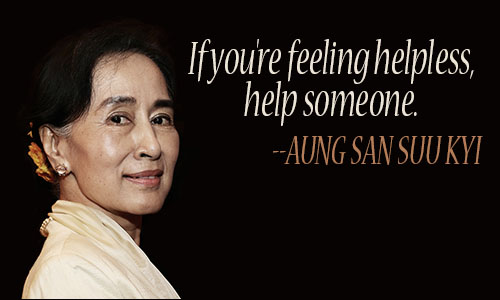 new government led by Aung San Suu Kyi came to power in 2016, things would change. Instead, she kept all the laws and policies which oppress us in place. She even kept in place restrictions on aid to Rohingya living in camps since their homes were destroyed by attacks in 2012. Those restrictions kill children and leave others stunted and malnourished.”

The latest disappointment is that world powers especially the Muslim countries always crying Ummah Ummah have kept criminal silence on this tragic issue. Baring few short mentioning in the press briefings, no head of any country has openly opposed and warned the Myanmar about the consequences of the crimes committed by its armed forces. The world powers have kept criminal silence.

Women, children, old and young are being slaughtered for no sin of their own. Their only sin is that they are residing at the wrong place and at wrong time. When Islam Phobia is spread deliberately by International media and terrorism has been solely linked to Islam, it is no surprise that persecuted Rohingyas are unable to find some support from world powers.  It is interesting but pathetic here to mention that when the Government forces launched an offensive on Rohingyas, the Government of the Myanmar headed by Aung Suu Kyi denied the rapes and defended the military action on hapless Rohingyas.

Rohingyas are being persecuted and massacred on daily basis. Thousands are fleeing the country in hope of life and in the process thousands are getting killed, drowned in river and the sea and some end up being used by human traffickers. Even children and women are not spared and brutally attacked by knives etc. Genocide is happening in our neighboring country which would put Hitler to shame. It is high time for the world leaders to rise to the occasion and stop this genocide for the sake of humanity.