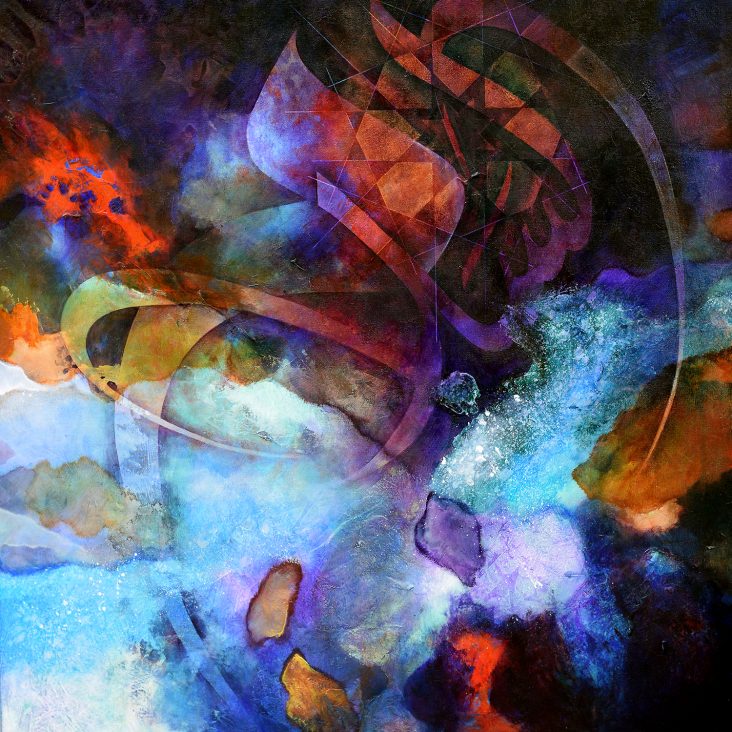 There was a factory in the middle of a town in a long far off land which emitted black smoke from its tall chimney all the time. The walls of the factory were draped black and no one in the town knew how old was the factory. The owner of the factory lived in the far off lands and the ownership of the factory run in their family. The air bore smell of the rotten. The dark smoke hung in the air. At times day was as dark as night. So it was the whole town was sick; psychologically and physically too. There were diseases all around. Children were born stymied and deformed. The inhabitants of the town usually died early in agony. There was misery all around but nobody could leave the town at their own will. This unfortunate town had high walls built around it. There were tall minarets at the four corners, with search lights on the top and sentries watched everybody who wanted to go out of the town. Roll was called 5 times a day. Anybody missing the call was never seen again. Some were resigned to their fate. Some wanted to run away, but getting out of this town was very difficult as there were many check posts and it was only with a lot of money and bribery that the gates would open in the darkness of the night for the lucky few. Still so many people left. But you know it was a town where mostly poor and hungry were left to languish who were told that this was their fate. There were people in the town who had learned secretly from the healthy world that the it is the factory which is polluting their air. Those people from the healthy world told them that they also had similar factories in their towns long ago but these were closed down in their towns long time ago and since then their quality of life had improved.

But the elders always told them that the as the dome of chimney is painted in green and it is written by the owner that it was safe; so the black smoke is environmentally friendly and it can’t harm anyone and the sentries also collude with the elders. The factory owner lived in the healthy town and he used to address them with some sort of magic they could see him and hear him without him being there. He wore very good dress and looked healthy. He used to visit the town on his Rolls Royce which straight drove into the black draped factory. When the people sometimes complained, the owner’s men always admonished the towns’ men that it is a test of their faithfulness and perseverance and soon those who remained steadfast would be rewarded with a healthy life which will be forever and so their suffering will end soon and those who did not believe would have some misfortune befallen on them.

So, it was that mysteriously, those who doubted used to vanish in dark moonless nights; never to be seen or heard again. So it was such that this town’s people lived their lives in mix emotions of hope, fear, agony, anticipation and despair. There were some who were able to escape by bribing sentries and agreeing to work in their concentration camps in return for food, health and safety of life. They never came back too, although they survived and lived on. 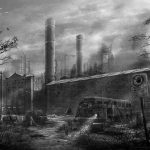 colour of the skin which makes them healthy and happy but clear air. They knew that somehow the black smoke from the chimney of this black draped walls of the factory is the cause of their misery. But the elders in the town always snubbed them by telling that they know better and they heard from their forefather and they from their ancestors that this the oil seeping from the a fountain in the walls of the black factory had magical powers to cure all diseases and any wish made while whirling around the black draped walls of the factory boundary would be met. Every problem will be sorted out at the end; only they had to obey the commands of the manager of the factory.  Nobody knew how that sacrosanct oil was produced in this factory. Everyone believed it was a miracle as they had never seen any raw material going inside the factory walls.  One day, a mischievous young man hid himself in the boot of the owner’s Rolls Royce and got in.

What he discovered was shook him to the core.

It was a factory of gold. The ore was being extracted from the underground pits. He recognised the men, women and children working inside were The ones who had vanished, mysteriously from their town long ago. There was no escape from this factory. It had no exit signs. The ones who were dying were thrown in the kiln fire. He met the same fate as his compatriots. But at last, before he died, he had unearthed the dark secret of the sacred oil and the black smoke .