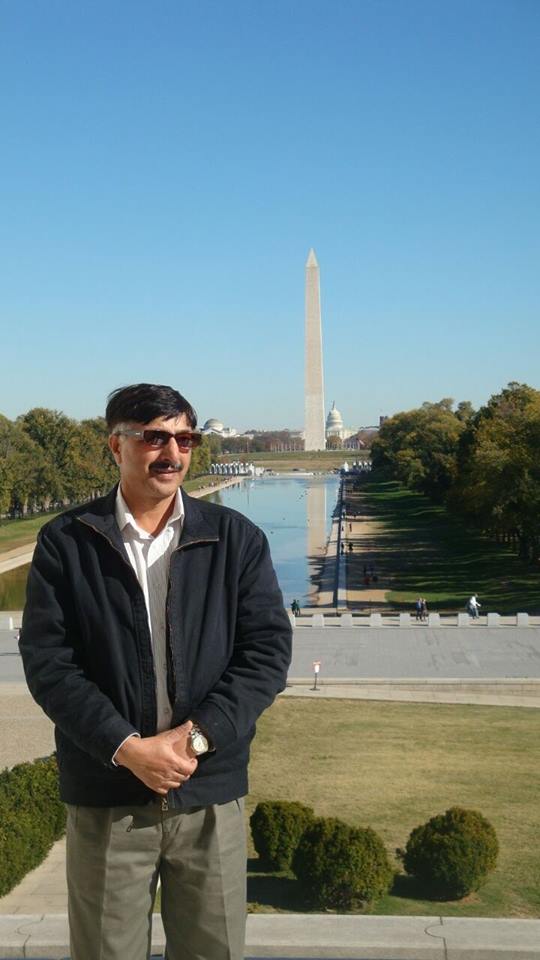 I first met Yusaf alias Leader when he was arrested for quarrelling with policemen outside the university gate. I went to see him in the judicial lockup where he was kept for investigation. Earlier on a university students’ protest-procession was checked by police at the university gate. This attracted more students and a peaceful protest swelled into an unruly mob. The use of tear gas and baton charge by police force further severed the situation leading to a scuffle. About a dozen students were taken into custody. But after initial interrogation, all were released except three. The Leader was one of them. In his early twenties, wearing whiskers like that of Changez Khan, tall and stout Leader had revolutionary thoughts that he often expressed in student union gatherings. On social media as well as in student meetings, Yusaf expressed radical ideas. His inflaming speeches voiced against gender discrimination, underage marriages and harassment to the women. Such metaphors had made him popular amongst the male and female students alike. He pledged to change the system through a revolution, making it free of corrupt practices, replace inept leadership with honest and provide equal rights to women. A small deviation from standard operating procedures by University management would provoke a protest call by the Leader.

No sooner he was done with graduation, his traditional father, a mediocre landlord of Punjab, started to worry about his son’s marriage. However, the Leader had refused all the proposals. His last refusal was his uncle’s daughter Nazia. Though a year elder than him, Nazia had recently finished her college. Grown on pure countryside grain, fruits and milk, Nazia had turned out a perfect beauty from top to bottom. On father’s assertion to marry his cousin, Leader refused on the pretext of Nazia’s age. On further assertion by his father, Leader went to live with his uncle in Multan.

After six years of my graduation from university, I had an opportunity to visit Italy. The museums and ancient churches of Rome have always inspired me. Vatican Basilica, Church of the Vatican and National Roman Museum were items on my list this time. As I embarked upon the Tour-Rome Bus I received a pleasant shock. Yusaf the Leader was driving the same bus. I remained perplexed for a while then recognized his commanding voice as he addressed the passengers about the history of important sites. Same smart Leader was sitting upright in the driver’s seat. As the bus snaked through stony winding roads of ancient Rome, Leader’s university-days speeches and gestures kept flashing on the screen of my memory. When the bus made to Vatican City, I met the Leader. He exclaimed and gave me a warm hug. We parted with a promise to meet in the evening.

In the evening as we settled in a nearby pizzeria, Leader narrated his rundown of past years: “After leaving my home, I went to Multan to live with my maternal uncle. There I met Nuzhat. She was visiting Pakistan for vacations. Almost double than my age, Nuzhat was a widow who worked in a church cum museum in Rome. She lived with a small girl adopted from her sister. Despite having passed her golden age, she had maintained her figure that made her look more graceful than beautiful. Nuzhat needed a young Pakistani companion. Since I had always dreamed of living in a foreign land, our needs soon converged into a marriage. This is now the fifth year of companionship with Nuzhat. Nuzhat cannot bear a child but she took great care of me, got me a job in the tourist company, and managed to get my two younger brothers in Italy. Life is good.” Leader concluded when we finished Napolitano Pizza and gulped down last sips of Barbara wine. Next day I left Italy and the Leader went out of contact with me.

After another five years, I had a chance to visit Oslo to attend a weeklong international seminar. Marathon sessions went from mornings to afternoons. I had nothing much to do in the evenings. I looked for someone who could show me around the places in Norway, the Nordic country of Northwestern Europe. As I was looking for some contact in my old soiled diary, I came across Yusuf’s number that he had handed during my visit to Italy. Not sure about its accuracy I just punched the number to say hello. It was promptly picked up by the Leader. As the luck would have it and to my shocking surprise, Yusaf was in Oslo. My next five days in his interesting company were memorable. We went on long drives, sailed a ferry in North Sea, visited Viking Ship Museum, Fram Museum, and Vigeland Park besides having snacks in a two hundred years old restaurant in Holmenkollveien.

Next evening, as we sat in a downtown pub for a couple of beers, Leader told me the story of his moving to Norway: “In the fifth year of my stay in Italy I met Neelam. She was co-driver in the same tourist company. In her early twenties, five and a half feet tall Neelam was recently divorced. Her pulped youth, refined manners and pleasant nature attracted me towards her. After a couple of months we got into an intimate relationship. Nuzhat suspected my relationship with Neelam and started checking my moves and phone calls. After a year of an open-relationship, Neelam proposed: “Let’s move to Norway and marry there.” I had no option than agreeing to my sweetheart. Now here in Oslo I run my own cab. Neelam is a home maker and does a part- time in a Montessori. Life is good. I am an active member of a welfare organization committed to promote the awareness against underage relationships and problems faced by teenage mothers.” Leader finished his story as we finished last mugs of Iceland Lager.

Last year, a common friend informed me that Leader had moved to Pakistan. I went to see him in his native village. Though a little aged now the Leader looked ever handsome and exhilarated. He took me to a large living room. The room had pinkish graffiti walls. A large sized student day’s portrait of the Leader hung prominent on the front wall. I was served with traditional drink, Lassi (yogurt drink) followed by a delicious lunch that comprised of corn bread with home-made chicken curry. We rested in the afternoon. In the evening a cool breeze started to blow. It softened the moods further. Now Leader told me his story of settling down in Pakistan. He explained: “This year, when I came to Pakistan for vacations, my mother told me: “Look son! Don’t leave me in my last days. Get settled here. I don’t know how much time is left with me. I wish to have a grandchild from a native daughter-in-law. Marry my niece.” Submitting to my mother’s desire I wedded Monazza, her sixteen years old niece. She is in family way. Monazza would give a grandchild to my mother. The young wife is keeping me young too. Life is good.

How an educated man can turn out to be #UsmanKhan?