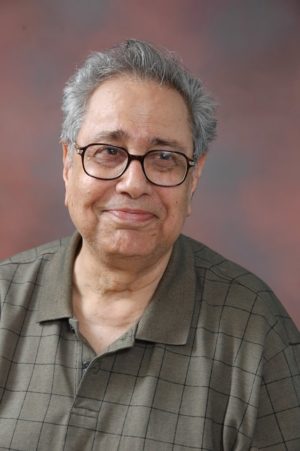 One of the simplest pleasures of life, says a character in Aldous Huxley’s novel Island, has been forgotten by the modern age. We board together and socialise but to talk politics or business. We do not 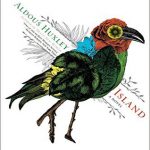 relish the slow liquification of the morsel in our mouth. We chew it to get done with it! We swallow it to get rid of it! We do not have the patience of letting our taste -buds feel its touch, experience its myriad shades of taste, its slow confluence with the juices secreted by our perotids, its journey down our palate. We eat while we run. We consume food as if the task is ordained upon us and must perforce perform it.

The character in Huxley’s novel is forthright in his comment. Food for us is but a necessity and its eating but a job. None except gluttons relish it. Even the gluttons gobble it up and swallow it down. They do not enjoy the act of eating.

This reminds me of Charles Lamb who, as ill luck would have it, was one of the prescribed poets in my Masters in English course. I loved reading him but I hated what he wrote about. He was known as one of the tribe of gourmands, on his own merit. Even on a subject as removed from food as Heaven is from hell, he showed his partiality for palate. Asked how he liked babies, he strutted:  “Bbb… boiled! “ His 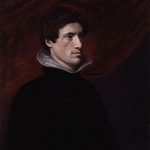 preference for everything boiled is on record. In Autobiographical Recollections, Charles Leslie says: A woman asked a coachman, Are you full inside”, meaning thereby whether there was a seat vacant inside the coach. Upon this, Lamb, who was riding within put his head through the window and said: Ï am quite full inside; that last piece of boiled beef at Mr. Gillman’s did the business for me!” Whereupon the lady said, “Glutton! “and walked away.

Of those who prefer meat and fowl and those who abhor the carnivorous practice, no better examples than of Byron and Shelley can be given. Different in their poetic sensibility, though they drew strength from the self same literary movement known as Romanticism, they epitomise different philosophical approaches to food as well. To Byron:

Man is a carnivorous production,

And must have meals, at least one meal a day!

But like the shark and the tiger must have prey!

Shelley, on the other hand, was a vegetarian. Believing that  abstinence from meat clears the intellect, he sang praises of vegetarianism. Bread was his stuff of life. While visiting Shelley, his friend Hogg once ventured to say something about a pudding. A pudding, said Shelley, is a prejudice. He always used the term murdered chicken instead of dressed chicken. He wrote to Maria Gisborne, a poet friend.:

Though we eat little flesh and drink no wine

Yet let’s be merry: we’ll have tea and toast

Custards for supper and an endless host

Of syllabubs and jellies and mince-pies

And other such ladylike luxuries.

Attributed to Socrates is the famous maxim that bad men live that they might eat and drink, whereas good men eat and drink that they may live. Giving up the terse value-judgment of Socrates, the Bard of Avon also castigates the swinish eaters.

Make rich the ribs, but bankrupt quite the wits

Fat paunches are no longer in fashion thanks to dieting for the rich and diet-less days for the poor. For the rich the advice is simple

If you wish to grow thinner

For the poor, particularly of our dear homeland , it is a simple advice. “Don’t feast today if you don’t want to fast tomorrow!” The trouble is that a poor man begging in the streets of Karachi or Delhi will accept a piece of bread rather than a piece of advice on feasting-and-fasting conundrum.

Since I have been a married man before I became a widower, I might add my last paragraph of this light essay about married life as it effects  our eating habits. 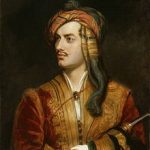 spreads for him? Happiness, particularly conjugal happiness, consists in the wife finding the way to her husband’s heart through his stomach . In the words of Byron:

The happiness for man – the hungry sinner

Since Eve ate apples  … much depends on dinner!

The Sting in the tail of this piece is simple.

Husband (to wife) … What is for dinner, dear? 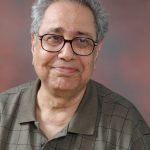 SATYAPAL ANAND IS A FAMOUS POET, PHILOSOPHER AND WRITER BASED IN USA.