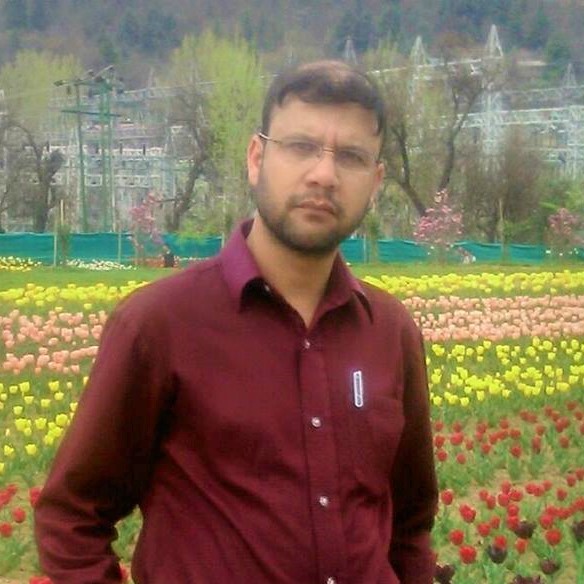 A novel although a fictional representation of life and its deeds and misdeeds, its follies and foibles, it is a mirror reflecting the society in which men live and work. A novelist is not a banal creature, but a rhapsodic writer who operates upon the wounds inflicted on a society by choosing characters who work as scissors. The choice of the characters and the art to employ them for varied survey is one of the main concerns of a novelist. A novelist never fears the outer circumstances. He is a cameraman always ready to reach every nook and corner of society to portray it unbiased. In the postcolonial world, the novel has become an obtuse object and a challenge for the reader. The narrative has become turgid and ambiguous. Mikhail Bakhtin, a Russian literary critic, popular for his ‘The Dialogic Imagination’ has spoofed the term, ‘Heteroglossia’ to describe the novel’s organization of socially diverse and competing discourses. Bakhtin studies the novel as ‘chronotope’, another term coined by him. He defines chronotope as the intrinsic connectedness of temporal and spatial relationships that are artistically expressed in literature. 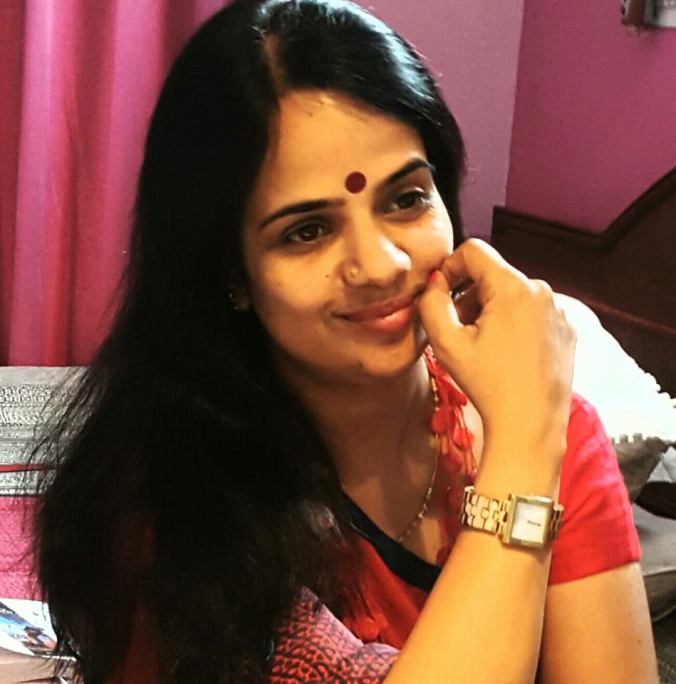 Maya Khandelwal’s ‘A Beautiful Mistake’ is unmistakably a conflict between heart and head of the protagonist. The title of the novel is indeed very apt and suggestive. A signboard of a shop it is; at the very first glance, the readers get acquainted about the inner ambiance of the work. The novelist has almost put behind many novelists and dramatists whose titles were full of bathos like Noel Coward whose one of the dramas has a same baroque title as ‘Bitter Sweet’. A mistake takes place in the absence of mind, in other words the absence of mind gives birth to a beautiful mistake. Like the gaffe committed by King Lear of William Shakespeare when he banishes Cordelia because she couldn’t succeed in flattering him, Mansi too like Cordelia, in the novel commits a beautiful mistake. She has deep love for her father but couldn’t express it because she too ‘can’t heave (her) heart into (her) mouth’, but the two heroines have their own fortunes carved out. Cordelia mistake landed her into trouble but Mansi’s mistake although appears to be culpable at the begging of the novel but after the novels moves forward, the same mistake appears to pacify a smoldering soul. She commits the mistake as it seems very unconsciously but very optimistically the same mistake comes out with Lacanian significance that ‘therefore I think I am where I am not.’ This mad attempt to answer the unknown number finally unites her to king Arthur she never had seen. 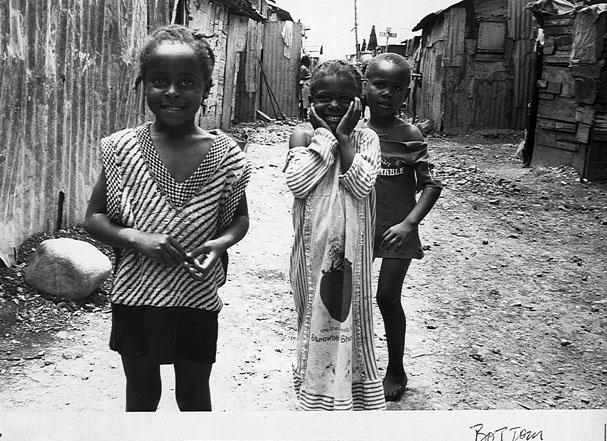 our being. Mansi fails to realize that the world is composed of swindlers and to be straight like Cordelia can prove pernicious. She logically knows that the ship she is voyaging on is made of a thin sheet of emotions which can be battered by any sharp object that the society abounds in. She embarks on this journey knowingly, willingly at the cost of finding no coast of conventional solace. Like an explorer, she doesn’t necessarily have to land on a prefixed spot, but she can go on for months and years as long as the supply of love doesn’t run out. She proves to be daring character. She has touched the valour of Marloweian figure, Doctor Faustus; her mind goes vestigial when answering a mysterious phone call. Like Faustus she overreaches herself. She seems to be a lonely soul until she dials a wrong number. But at the end, she proves to be devoid of any ‘hamartia’.Mansi’s character in the novel is a blow to Shakespeare’s Hamlet who had a wrong opinion regarding women because prince Hamlet generalizes his nefarious mother Gertrude in the play Hamlet: ‘Frailty, thy name is woman!’

Gertude can’t​ be taken as a representative of all women. Her mistake is culpable, but Mansi’s mistake saved two lost souls. She is a favorite prey of Cupid, whose arrow is preciously designed by this blind-winged god of love. Her amour de voyage is surplusly serious. Her love for Aditya is beyond all the nine spheres. Aditya too proves soothing in his designs. His love is not violent like Heathcliff of’ ‘Wuthering Heights’. Mansi’s amour is as strong as Catherine’s who soulfully utters:

“I cannot express it; but surely you and everybody have a notion that there is or should be an existence of yours beyond you…My love for Heathcliff resembles the eternal rocks beneath: a source of little visible delight, but necessary. Nelly, I am Heathcliff! He’s always, always in my mind: not as a pleasure, any more than I am always a pleasure to myself, but as my own”

“When I don’t hear from him, it’s as if I’ve died, as if the air is sucked out from my lungs and I’m left desolate; but when I receive a letter I know our world is real. It’s the one I care for” So wrote Keats in a letter to her sweetheart Fanny Browne. Aditya and Mansi too become one heart and two bodies. Her hand in certain violation to dial a number that in turn woke up god of love and the wishes were answered.

Therein lies however the “Beauty” of this very “Mistake” which can only be perceived by heart, by the emotional part of our being.

Next in her reminiscence we meet her as a collage-going teen who is really a good student and again a misfit for her own chosen company. She is a “good girl” and instead of fighting this badge, she goes to every extent to keep up the same. She doesn’t dress fashionably because her father feels uncomfortable if she goes out like “not-a-good-girl”.
A wrong number dialed in a sportive moment turns out not just to be the right one, but one that blocks all other calls on her line. The novelist has employed wisely the device of chance here. It can be seen that the role of the chance is central to the novel’s swift movement like Desdemona’s Handkerchief in the play ‘Othello’ of William Shakespeare. The wrong number sets the plot of the novel in motion. It heightens the effect of the events leading to the climax.

Conflict of self-identity is at peak in the beginning and the closure of the novel. In the middle however, Mansi, not very unlike the Victorian heroines, finds and attaches her identity to Aditya. On him she wants to depend, not owing to any weakness in her will but purely out of love she has been cradling for him. In turn Aditya is trying to establish his own identity through business. They meet, they see each other, the kiss and push the relation to such a solemnity where marriage is the only nearest station. The family tension, her sister’s mistreatment and divorce, Neha’s brother’s suicide, the case of lover on the train play a good part they’ve been assigned. 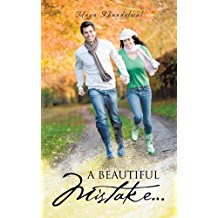 Characters are widely divided into at least two groups: those forced by their parents to marry unwillingly, and those who choose to live or to die out of their choice. Clarissa in the Samuel Richardson’s novel ‘Clarissa’ is forced by her parents to marry Rakish Solmes but she loves Richard Lovelace. Her parents’ compulsion and her trust in Lovelace finally ends in her suicide. Richardson very cruelly handles the climax in the novel. Maya Khandelwal although introduces the same elements, she handles the poetic justice very amicably. She is not cold to her heroine. Clarissa’s parents were pessimists as elderly Mansi’s parents, though they all the time are conscious of the misbehavior they are inflicting upon their mates, and are therefore objects of sympathy sometimes. They linger as shadows, and hunt for reasons to continue to survive, and when that reason is removed, they seize to follow the decency that the society expects notwithstanding the forced yoke that lays there tying down the partners. For instance, the death of Mansi’s son is enough to fragment her family. Men in the novel are treated as judges and torchbearers, which in fact is a dark reality.
Women are targeted in the novel as creatures feigning a mock-coyness. This is not the coyness of Marvell’s’ mistress but the coyness of Richardson ‘Pamela’- subsidiary, subdued and meek.

This novel deals with the life of the lower middle class and has therefore no scope for rebels and heroic sparks. Female are drawn realistically and almost all, except the protagonist and her sister confirm to the same type. Women cannot choose, they have to accept their lot as it is. The male in turn are not tyrants and inside their hard skulls they know all along the unmistakable folly they are committing only because of the society. They make women ‘helpless’ and women in turn play harder to remain their ‘steady girls’.

The novel is a realistic one: no unexpected events, and to the amazement of curious reader, no unexpected encounters. The tale goes as normally as it can but has its own elements of surprise. Readers laugh, they hold their breaths; they cry; the magic of narration never seizes to draw a web of a colorful world. It is a great pleasure to read Maya Khandelwal’s novel ‘A beautiful Mistake’. She is not less in her adeptness of creating genteel characters like Joseph Andrews and his sweetheart Fanny. Maya is a modern Fanny of Henry Fielding and Aditya is her love, the modern Joseph. The novel contains a very beautiful message – message wrapped in every line of the novel. Life is an unending track leads to nowhere with lots of signs. Remember and be cautious when you riding through the ruts, don’t complicate your mind, Flee from loathfulness, mischief and jealousy. Don’t bury your thoughts; it will devour you demurely like this fatal disease of cancer.

The novel is written in a simple and lucid language and is often full of poetry in prose. Pithy sentences, sharp resolutions, satisfying endings draw it nearer to the diary-entry genre, though much fast forwarded one. From Adam and Eve’s tale to Goldsmith’s poetry, from love-over-telephone to Facebook and text messaging, the novel is a variegated mixture of romantic imagination and Facebook jargon which can be a great entertainment if some mistakes and typos are ignored. A variety of emotions viz. love, sympathy, physical passion and paternal fill the novel and make it a world in itself.

Wani Nazir is a poet and Educationist based in Indian Administered Kasmir with profound interest in literature.

Till Death Do Us Apart