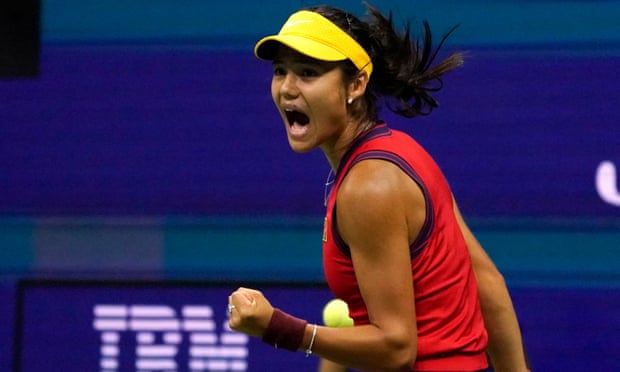 Emma Raducanu celebrates on her way to beating Maria Sakkari and reaching the US Open final. Photograph: Timothy A Clary/AFP/Getty Images

Emma Raducanu’s fairytale run at the US Open continues after the British teenager beat Maria Sakkari under the lights of Arthur Ashe Stadium on Thursday night to reach the final.

The 18-year-old became the first qualifier to reach the final of a major in the Open era as she beat the Greek No 17 seed 6-1, 6-4. She is also the first British woman to reach a grand slam final since 1977.

Raducanu will now face another teenager, Leylah Annie Fernandez, in the final after the Canadian beat Aryna Sabalenka 7-6, 4-6, 6-4 in the evening’s other semi-final.