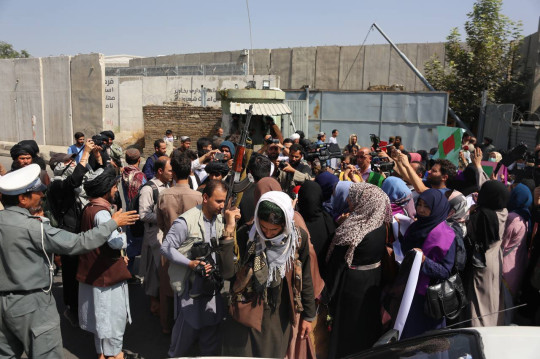 In a string of violent attacks, Taliban have been reported to flog journalists, confiscate their equipment and cameras, and lock them up in cells. This confirms people’s fear about free journalism in the country and a senior journalist sadly commented that “Press freedom has ended”.

Human Rights Watch and the Committee to Protect Journalists voiced concern over the news of two reporters being flogged over covering a women’s protest on Wednesday. Taliban have detained and released more than 14 journalists over the past two weeks, with clear signs of brutality against them.

As soon as Taliban announced their government, the foreign governments have accepted it but with visible hesitation and dismay. Many have urged the Taliban to focus on reviving the country’s declining economy and to respect basic human rights. However, recent reports of violence against journalists, banning women from sports, and not allowing them at work or school have shown that Taliban’s promises are more than flimsy.

As evacuations continue and the Taliban keep strengthening their hold in Afghanistan, there is no knowing to what extent peoples’ freedom and basic human rights might be affected.