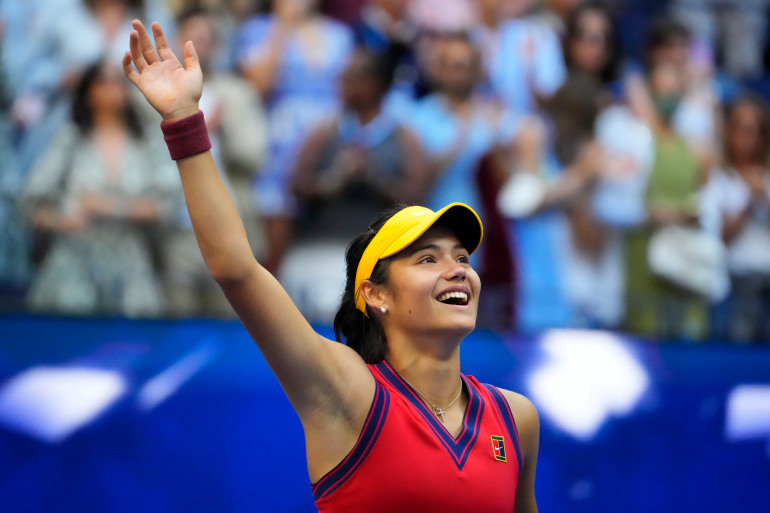 Talent does not require the support and help of someone, it speaks and speaker better, it also does not require color and race, but only and only the commitment and hard work. That may be a man or woman, but if they are committed, then no power on the earth can deprive them of their own objectives. We often see that the story of success never ends, and it cannot be.

18 years old, Emma has astonished the World through her performance in US Open Tennis. Emma have done the same, she has created the name and fame in the history of World’s tennis.The Queen has highly applauded Emma Raducanu’s outstanding US Open victory and has called it a remarkable achievement.

The 18-year-old, from the UK, beat Leila Fernandez 6-4. 6-3 to claim her first grand slam title and become the first qualifier in the history of the Open era to win a major title. Queen Elizabeth sent her letter on the outstanding performance in the said game and for her title as well. Your remarkable achievement at such a young age and it’s because of your hard work and commitment, she wrote. I have not doubted as your performance and that of your opponent Leila Fernandez would inspire the next generations of the tennis players, Queen added. I have sent my warmest good wishes to you and your many supporters.

She became the first woman to win a major title in her second grand slam event. Chris Evert and Venus Williams both had reached to the final, but lost. Raduacnu also became the youngest grand slam. After that, Raducanu paid tribute to her opponent Fernandez for giving her a tough time in the Final. On those stages and on such occasions like that on Arthur Ashe, she added. What a terrific display of competition and maturity from two exceptional players, she said.