A Psychopathological Perspective in Neo-Colonial Era. The thesis shall be published in episodes. A detail of references shall be given in the last episode.

As we know that the basic issue to determine about the concept of mental disorders is “whether disease and illness are normative concepts based on value judgements, or whether they are value free scientific terms; in other words, whether they are biomedical terms or socio-political ones” (Kendell, 1986, p. 24).

Thomas Szaz’s (1993) position is well known who believes in mental illness to which hundreds of labels in our “lexicon of lunacy” are attached are not medical diseases rather they are the products of the medicalization of disturbing or disturbed behaviors. Wakefield (2007) named his definition of mental disorders as the “harmful dysfunction” (p.49). In his definition “harmful is a value term, referring to conditions judged negative by sociocultural standards, and dysfunction, is a scientific factual term, referring to failure of biologically designed functioning” (p.149). Wakefield combined the Value Component and Factual Component of the definition in his concept of Harmful Dysfunction to suggest two levels of mental disorder. At first level, the society passes the value judgement about any behavioral condition as negative or harmful. At the second (factual) level, on scientific grounds it is decided that the harm is due to a failure of the mind to work as designed. Here society decides about what is natural and the designed working of human mind.

If Wakefield’s definition about harmfulness is plausible then refuting Fromm’s (1955) assertion will be very difficult. He wrote in The Sane Society, “During these wars (of 1870, 1914 and 1939) every participant firmly believed that he was fighting in his self defense, for his honor, or that he was backed by God” (p.4). In the midst of all aggression, slaughtering and destruction, Fromm quoted Victor Cherbulliez, human race between 1500 B.C to 1860 A.D. signed eight thousand peace treaties, each one was supposed to bring lasting peace but could survive only for an average period of two years. In 1994, nearly 800,00 people were murdered in Rwanda, which, obviously has no mention in Fromm’s book. The war in Iraq claimed more than 100,000 lives according to some estimates (www.iraqbodycount.org). Though millions marched in protest against the war in Iraq but they failed the re-election of ruling regimes of the US and the UK, responsible for the loss of lives in Iraq.  Meaning the majority watched the mass murder with indifference. Gupta based his theory on such observations.

From the killing fields of Cambodia, the Holocaust, and the massacres of the indigenous population in Latin America to the turn-of-the-century vigilantism in the United States, human history is full of such appalling stories. These are stories of collective madness—of human minds going over the precipice of what we normally uphold as “humanity.” We wonder when we think that, as the little girl in Bosnia was being subjected to the incredible act of degradation, or when the Rwandan children were being clubbed to death by their trusted neighbors, there was perhaps not a single voice raised in protest from among the gathered crowd. We wonder, are these people members of the same species of human beings as the “normal” us, who love our families and go about our everyday lives? Or are they from a separate gene pool?

I call the phenomenon collective madness, a singularly unscholarly term, imprecise and ill-defined. Yet, in some intangible away, the term captures the essence of the afflicted society’s mind-set. Scholars and politicians have used the term genocide, or even Holocaust, all too frequently. The New Webster’s Dictionary defines genocide as a “deliberate mass murder of a race, people, or a minority group.” Similarly, the word Holocaust is derived from Greek holokausten, a compound of holos, “whole,” and kustos, “burned.”  In all of these terms, rooted deeply in the experience of Nazi Germany, the notion of a helpless group of victims is strongly imbedded. Collective madness, in contrast, describes a wider spectrum of dysfunctional social behavior. (p. 8)

Around the thesis of harmfulness, R. D. Laing (1967) asked a question; who is more harmful, a deluding schizophrenic who claims to have a bomb in his body or a normal pilot of a fighter jet who drops bombs on others.

Fromm adopted another approach to convince his reader on the notion of social pathology. He highlighted the prevalence rate of mental disorder. He quoted the suicide rates in different countries to prove that an increasing number is adopting dysfunctional mechanisms. Obviously the figure of suicide and homicide, he quoted were old but his view can be supported, even with the new figure, more strongly.  Current average of the world suicide rate is 10.07 per 100,000 people. One million approximate number of suicides are recoded worldwide each year. Every 40 seconds somebody dies by suicide. There is 60 per cent increase in worldwide suicide rates in last 45 years (chartsbin.com/view/prm). Fromm (2008) raised a question about social insanity in his work. Now we can quote new figures to substantiate his affirming argument to his question.   The US Department of Health and Human Services carried out a National Survey on Drug Use and Health in 2009. On mental health the results suggested that “there were an estimated 45.1 million adults aged 18 or older in the United States with any mental illness in the past year. This represents 19.9 percent of all adults” (US Department of Health & Human Services, 2010). The prevalence of serious mental illness was found as 4.8%. (Remember the prevalence rate of different disorders we quoted above from the Diagnostic Manual). One has to remember that the survey is about only the diagnosed cases in any institution and does not include people who are less than age of 18 years. Whatever view or definition of mental health is considered as credible, the figure of 19.9% is significant enough to elucidate with solicitude. If these 19.9% were really suffering from diagnosable mental health issues, for which they sought treatment, this in itself is an indication of massive social dysfunction. Or, if alternatively, the 19.9% are being wrongly labelled with some socio-political labels, then the question would be, how a big number of people got these labels to serve what and whose purposes. In both ways, the possibility of social dysfunction and pathology cannot be undervalued. 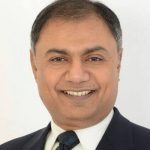