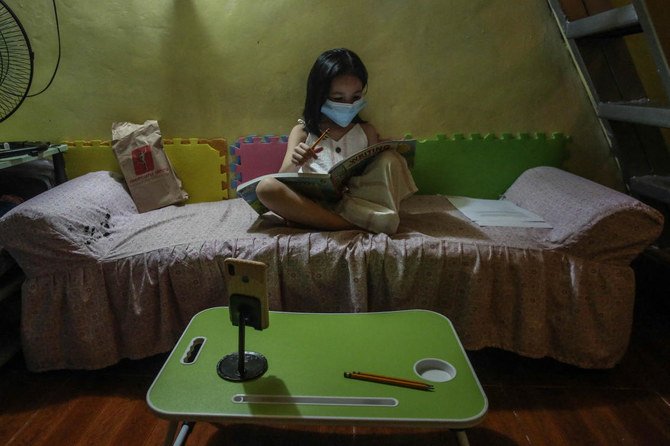 Classrooms in the Philippines were silent Monday as millions of school children hunkered down at home for a second year of remote lessons that experts fear will worsen an educational “crisis.”

While nearly every country in the world has partially or fully reopened schools to in-person classes, the Philippines has kept them closed since the start of the coronavirus pandemic, the UN says.

President Rodrigo Duterte has so far rejected proposals for a pilot reopening of primary and secondary schools for fear children could catch COVID-19 and infect elderly relatives.

It has been plagued with problems: most students in the Philippines don’t have a computer or Internet at home. More than 80 percent of parents are worried their children “are learning less,” said Isy Faingold, UNICEF’s education chief in the Philippines, citing a recent survey.

Around two-thirds of them support the reopening of classrooms in areas where virus transmission is low. Fifteen-year-olds in the Philippines were at or near the bottom in reading, mathematics and science, according to OECD data.

Most students attend public schools where large class sizes, outdated teaching methods, lack of investment in basic infrastructure such as toilets, and poverty have been blamed for youngsters lagging behind. School enrolments fell to 26.9 million in September 2020 and have dropped a further five million since, according to official figures. Remote learning is also taking a toll on children’s mental health and development.

“Long-term social isolation is closely related to loneliness and physiological illness in children,” said Rhodora Concepcion of the Philippine Society for Child and Adolescent Psychiatry.