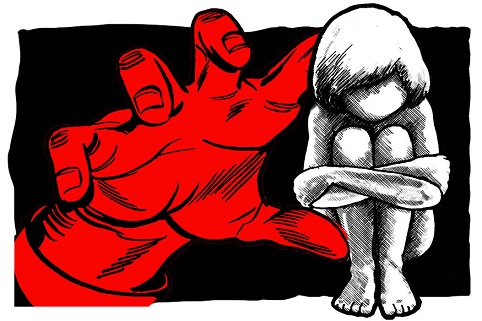 This article endeavours to expose male-politics on the horrific incident which took place at the University of Balochistan with female students. Approximately hundreds of female students were blackmailed, harassed and raped. Last week, as we all have seen, an alliance of nearly a dozen of student organization arranged a rally, but it was shameful that none of the organization gave representation to the female members. All the traditional organisations such as PSO, BSO-Mengal & Pajjar including religious represtatives like Jamiat (who believe that women should be lynched when seen with na-mehram), were on the same page to further ‘victimise’ those victims. The inhumane, yet traditional morality which was depicted is the result of political activism which has shaped a political culture in Balochistan, innately conventional, sexist and proudly misogynist.

The issues which we unintentionally experience today are the product of all the confused narratives produced by our traditional political parties and student organisations. In the name of honour, they tried to snatch the women’s right to speak, however, they themselves tried to manipulate, and represent the woman’s voice.

Since last week, after the aforementioned rally, a new debate emerged among student organisations that how should we organise protests and rallies? Most of the organisations do not even know what is harassment and what it implies when one claims to be harassed. Although this article doesn’t qualify to explain as complex a topic as harassment, but just to touch the base. I would like to quote the definition of harassment from the ‘Policy Guidelines Against Sexual Harassment in Institutions of Higher Learning’ which says:
“The types of behaviour constituting sexual harassment may vary in degree of severity Its definition always has one key element — the behaviour is uninvited, unwanted, and unwelcome” and it further clarifies that harassment is an issue of the exploitation of the weak and the vulnerable by the individual who holds a position of power or authority.

Students are eagerly talking about this issue as this huge scandal of sexual harassments and blackmailing was exposed at the militarised campus, a centre for Baloch and Pashtun nationalism.

It is discussed that the entire administration from the Vice Chancellor  to security guards have remained involved on a large scale. Whereas, most of the political parties and student organization labelled it as against their male honour and tribal morality rather than understanding that it was sheer dismantling of a woman’s pride, their way forward to the future as the educational opportunities for women are already limited in Balochishtan.

The hype created by hidden misogynists implies the idea of romanticising masculinity and playing the ‘uninvited’ and ‘unwelcome’ role of a saviour.

On the other hand, female students have said that those who have been making farce claims about their existence as their honour also harass them. Moreover, they said that they face male chauvinism on a daily basis. The tragedy is that men have self appointed themselves as the spokesperson of women. Women are not allowed to have a right to speak about their own problems. How could they give what is rightful for the female students when these organisations, including the ones that claim to be progressive, are unbearably toxic, and find peace in their sexist tones and masculine expressions?

In this scandal where hundreds of female students have been blackmailed, influenced for the rape, and exploited for sexual lust of male teachers, are denied their legitimate representation. Just to add that manufacturing consents, forced and influenced sexual encounters and rape cases inside the campuses and by the party workers in Balochistan is not something new, but nobody took these issues seriously as the intellectuals in Balochistan remained confused about the safety of their tribal honour until this scandal sprouted in the face of everyone.

The claim that this scandal is not an issue of a woman, nor ’Feminism’, however, it must be considered an attack on the honour of men seems quite a flawed one as the proprietorship of self remains in the hand of the one who owns that self. No man owns a woman’s body or their mind and space. I’d like to give men of Baluchistan some benefit of the doubt by hinting that they do not have any idea about how woman question is important in the national struggle. Also, they may have chosen ignorance about Intersectionality, as with most concepts, frames and discourses, it is the term which emphasises the importance of analysing power relations through the intersections between multiple layers of oppression and identities.

To conclude, I’d reiterate the resonance of my intellectual beliefs with the French feminist philosopher Simon se Beauvoir’s book named ”Second Sex”, who writes: ”Woman? Very simple, say those who like simple answer: she is a womb, an ovary; she is a female: this word is enough to define her”. She believes that women are always considered as ”Other” and lesser than males. The existence of women is considered to serve their male masters. Baloch society is by & large grounded on coercive patriarchal exploitations, and hence sexism and misogyny remain the vital parts. I would like to urge Baloch intellectuals (mainly men and in some instances women too) that they should stop utilising sexist, misogynist and patriarch-centred ideas and hierarchies. They should reconsider their choice of portraying a certain image of masculinity where tribal morality contaminated socio-political and other influences as a tool towards suppression.