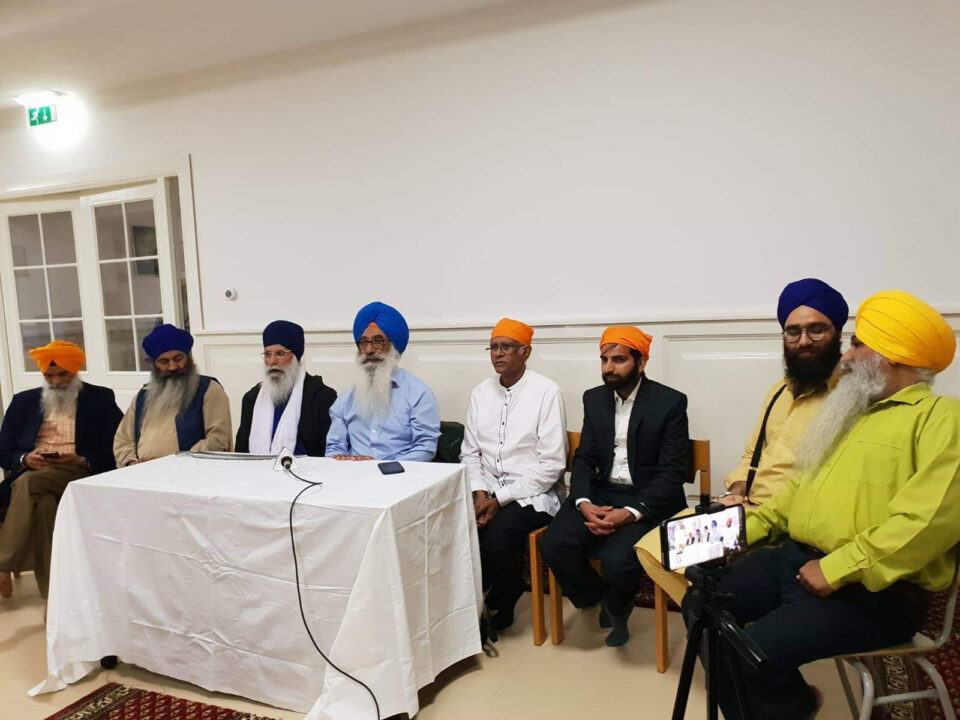 Pakistan has always remained committed and determined to facilitate the visits and worship of non-Muslims at their holy places like Churches, temples, and Gurudwaras. This facilitation is especially concerned about the Hindus and Sikhs living in India despite the diplomatic differences between two countries. Recently, the Indian government led by Hindu nationalists and fascist Bahart Janta Party (BJP) government has smashed all records of her gross human rights violation in Indian Occupied Kashmir. There are worst lockdown and curfew in Indian Occupied Kashmir since August 5, 2019. But, despite all odds, the Pakistani government is determined to open the Kartarpur corridor to further facilitate Sikhs living in India. The visa-free Kartarpur corridor will be more economical and less time consuming for the Sikh pilgrims than Wagha Border Lahore. In fact, the Kartarpur corridor is a gift for Sikhs living in India on the 550th Birthday anniversary of Guru Nanak Dev Ji (the founder of Sikhism). The Sikh community appreciates this kind gesture of Pakistan.

Sikhs admire Pakistan for the sensible stance to ignore the warmonger attitude of Indian Prime Minister Narendra Modi and they appreciate Pakistan for her efforts to keep peace and religious freedom on priority. There are respect, thankfulness, and appreciation (for the love given by Pakistani people) in the words and facial expressions of Sikhs’ leaders. These feelings were crystal clear in a panel discussion/seminar on Peace and Religion held at a Gurudwara in The Hague (The Netherlands) recently. The panel discussion was organized on the arrival of a Sikh delegation on the Peace Mission. The mission is travelling by road from Canada to Pakistan and India. The Peace mission/ delegation with the title name of “Journey to Kartarpur” will reach Kartarpur (Pakistan) to celebrate the birthday anniversary of Holy figure Baba Guru Nanik.

Baba is a term for wise and respected older people in Punjab. Baba Guru Nanak was born in Nankana Sahib (Pakistan) adjacent to Lahore while his dead place was Kartarpur (Pakistan) where he spent the last 18 years of his life. His dead body also remarked a mystery according to common and widely accepted folk beliefs and history. It is said that the death of Baba Guru Nanik created a row between Muslims and Hindus/Sikhs. Muslims were in favour of burying him due to his monotheist beliefs and performance of Hajj (world’s largest Muslim pilgrim congregation in the lunar month of Zil-Hajj) while the Sikhs were in favour to incinerate his dead body. After a whole day discussion, the matter was postponed to the next day. However, something strange happened to the dead body overnight. The next day remarked the replacement of dead body with flower petals. This made the decision easy, the half of the petals were buried while the remaining half were burned. Apart from this, historically Sikhs and Muslims are very close and the foundation stone of the famous Sikh worship place “Golden Temple Amritsar (India)” was also laid by a Muslim Saint Hazrat Mian Meer buried at Lahore.

Sikhs appreciate the love and kindness given by Pakistani people. They are satisfied with measures of the government of Pakistan on the Kartarpur border. But they demand special treatment for the Sikh community located away from India. They are of the view that Indian Sikhs living away from India must be dealt in a different manner. There should be an easy visa process and requirements for Sikh pilgrims. Further, it will be much better if there is a paper-based visa/stamps for their inbound and outbound travel to Pakistan. As many Sikhs have their families or relatives living in India, and Pakistani visa on their passport creates hardships for them. In fact, due to a stamp/visa of Pakistan, they have to face inhuman behavior, attitude and investigation of Indian agencies on their necessary visit to India for family engagements.

Having said all about the Sikhs and India, I will like to draw attention of Pakistani authorities into another matter. Ironically, in contrast to P.M. Imran Khan’s government vision and policy for the promotion of tourism in Pakistan, the new visa process is appearing more tiresome than the previous manual visa policy for Sikh pilgrims in France. According to Maan Singh (a journalist and host at International Punjabi Television), when we communicate with government officials like Governor, Foreign Minister or their secretaries, the official view is that there is no official hindrance on issuing visas to Sikh pilgrims planning to visit Pakistan. But the visa office in Paris has a different story/attitude for us. He claims that it’s the first time, when he is facing a problem for visa in his continuous annual visit from last 17 years. Perhaps, there is a rift in policy announcement and it’s implementation. I hope that the Government of Pakistan and the foreign office will address the issue.

At last, I am hopefull that the road trip “Journey to Kartarpur” by International Punjab Foundation Canada will go well despite all odds in the form of finance, visa issues, long travels, etc. Once again, best wishes for the Sikh community throughout the world and congratulation on 550th Birthday of Baba Guru Nanik and opening of Kartarpur Corridor.

Woman—UoB Scandal and the Unheard Voices