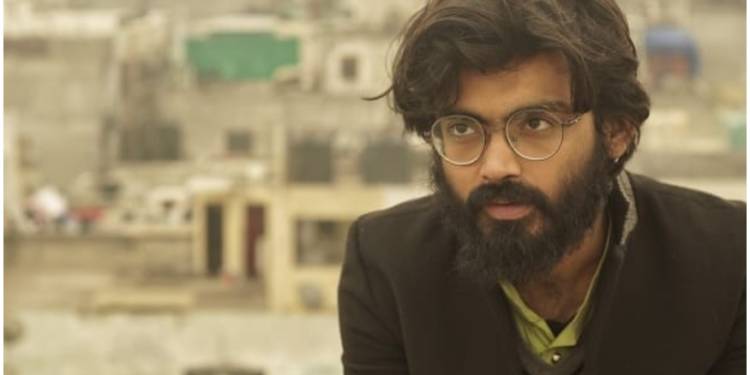 One who blames Sharjeel Imam and asks for his ‘blood’, should rethink one’s view. To feel Sarjeel’s pain, one has to see things in a larger context. The Government imposed the CAA on people.

My friends advised me to avoid the issue of Sharjeel Imam. They said that it was not the ‘right time’ to show solidarity with him. I know they were concerned about my safety. But how could I ignore the safety of my friend for the sake of mine?

My conscience compels me to stand with Sharjeel Imam.

Those who have not still followed Sharjeel’s case, here is a quick recap. Sharjeel Imam is a research scholar at the Centre for Historical Studies (CHS) of Jawaharlal Nehru University. Eminent historians like Romila Thapar, Harbans Mukhia and Bipan Chandra taught here for decades. Sharjeel was fortunate to make it to CHS a few years ago as a post-graduate student.

Sharjeel was one of activists who participated in the anti-Citizenship Amendment Act (CAA) that puts religion as a criterion for giving citizenship to the persecuted religious minorities from Afghanistan, Pakistan and Bangladesh. This is why CAA is seen as a law violating the principle of secularism enshrined in the Indian Constitution. During anti-CAA protests, he delivered speeches and highlighted these issues in larger context. But the police narrowly interpreted a small part of his speeches as a ‘threat’ to national security and sedition charges were slapped on him. A few days back, he was arrested from his home town Jehanabad (Bihar). He is now under police custody.

To be honest, I do not personally know Sharjeel, even though we were in the same department. But I have heard about him that he has a ‘flair’ for writing. To learn that he writes in English, Hindi, and Urdu languages for reputed newspapers and web portals, I developed an admiration for him. Moreover, he is known for taking a ‘different’ stance on the campus and he is not easy to be fit in any category. Though he has been vocal against Islamophic discourse.

But there are two other reasons why I can relate to him. They are purely biographical. First, Sharjeel came to JNU in 2013 with a ‘dream’. For me, JNU was a ‘dream’. I made it to JNU after making several attempts in the entrance exams. Given his degree from the prestigious IIT-Bombay, Sharjeel could have become ‘well-settled’ in life and career. But he chose to come to JNU and opted for history. Perhaps, he wanted to understand the cardinal questions concerning the community and the country. Like him, I also left the job of a reporter with a leading national daily for higher education. I, too, wanted to learn about complex and conflicting issues of the community and nation.

Second, we both had a deep interest in the issues of minorities. We both were not happy with the secular-communal binary. I had never discussed with him on these issues but I feel that he would agree with me in saying that no democracy can boast of its ‘success’ if the condition of women and minorities is not satisfactory.

It is within this spirit that he was raising tough questions about the state of Indian democracy in his speeches. In any liberal democracy, there has to be a space where a scholar and activist could freely express her opinion without fear. But that space is shrinking in ‘democratic’ India and it is rapidly shrinking for those who belong to Muslim and Dalit communities.

In other words, democracy and draconian laws, including sedition, cannot go together. The Hindutva forces, on the other hand, continue to use brute state power to silence voices of dissents.

Given the success of the anti-CAA protests, the ruling BJP has been desperate to paint them as ones led by Muslims. The BJP government was looking for a Muslim to use as a ‘scapegoat’. It was part of Hindutva’s game-plan to first demonize a Muslim and call him ‘mastermind’ behind Shaheen Bagh. Days before his arrest, the image of Sharjeel was constructed by the media as a ‘threat’ to the nation and Hindus. The fear was created to legitimize ensuing sedition charges on him. With Sharjeel’s issue, attempts are being made to communalize Delhi voters who are going to cast votes within a week.

To reiterate, it is the part of  BJP’s ploy to frame Sharjeel to delegitimise the country-wide protests against CAA. The arrest of Sharjeel provides the BJP with ‘empirical’ evidence to argue that anti-CAA protests are led by Muslims, particularly those who are ‘extremists’, carrying ‘beard’ and being dressed up in particular clothes.

In short, Sharjeel has been targeted for his particular identity. He is demonized because he belongs to a minority community. He is in jail because his name is Sharjeel, not Sanjeev!

Those who justify his arrest give the argument that it was necessary for protecting ‘national unity’ and ‘national interest’. It has been argued that the unity and integrity of the country come under threat from his speech. But these arguments are not based on facts. They are rather part of Hindutva propaganda.

First, there is no force in the argument of the police that a speech by a young scholar is so powerful to bring the mighty Indian State down. Note the contradiction here: the India ruling classes, at one time, boast of building up a powerful state backed up by the second largest standing army and modern weapons and at another time, they call a young scholar’s speech a ‘threat to national security’. Is the mighty Indian state a pack of cards that can shake from a roaring speech?

In any free and liberal democracy, Sharjeel Imam’s speech would have triggered off a debate. His supporters and critics could have come together and initiated a dialogue. But here in our ‘largest’ democracy, he is demonized and arrested just for expressing an opinion! The ruling BJP fails to make a difference between a ‘contentious’ argument of scholar and a real threat to the state.

But has he not talked of a blockade of Assam? The answer to this is putting another question. Is he the only person to speak for blockade? Should we forget that in 2008 the Hindutva forces blockaded Jammu? One could agree and disagree with their method of the blockade but no one sought sedition charges against them. Even during the Freedom Struggle, there were several occasions when people boycotted schools and colleges, resigned from jobs, refused to pay taxes, held rallies, went to jail and even turned violent. Asking to comment on the violence caused by Indians during the Quit India Movement of 1942, Gandhi refused to condemn it, saying that the use of force by people was nothing before the brute power of the British Empire.

I do not want to compare the brutalities of British rule and that of the BJP regime. It is left to you to decide. But when one demands ‘strict’ punishment for Sharjeel, one should also consider the factors responsible for the volatile situation in the country. If Sharjeel Imam’s speech is perceived to be ‘loud’, ‘irresponsible’ and ‘bitter’, should the ruling government not be held a bigger culprit? Hasn’t the refusal of the BJP government to listen to what Sharjeel and his community have been saying, largely contributed to the prevalent unrest?

One who blames Sharjeel Imam and asks for his ‘blood’, should rethink one’s view. To feel Sarjeel’s pain, one has to see things in a larger context. The Government imposed the CAA on people. When protests started, the police were used to crush them. Even then the protests did not die down, lies and propaganda were spread that they were led by ‘extremist’ Muslims. Meanwhile, the Home Minister Amit Shah gave a strong warning to the protests that the government would not go back by an inch on the CAA. The Prime Minister went a step ahead by saying that the protests were led by a particular community which he could identify by their clothes.

If Sharjeel Imam’s speech was ‘bitter’, it got its bitterness from the politics of abandonment of the Muslim minority in Indian politics. If we are seriously concerned about the ‘unity’ of the country, we must listen to Sharjeel. Gagging of his mouth and putting him in jail is an easy escape from reality.

His unconditional release from jail should be our democratic demand. Even if those who disagree with him should demand his immediate release because if he is jailed, no communication with him is possible. With such a fertile mind, sharp insight and boldness to put forth unconventional and politically ‘incorrect’ views, he deserves university space, not jail.

(Abhay Kumar has submitted his Ph.D. at Centre for Historical Studies, Jawaharlal Nehru University, New Delhi. You may send him your views at debatingissues@gmail.com)