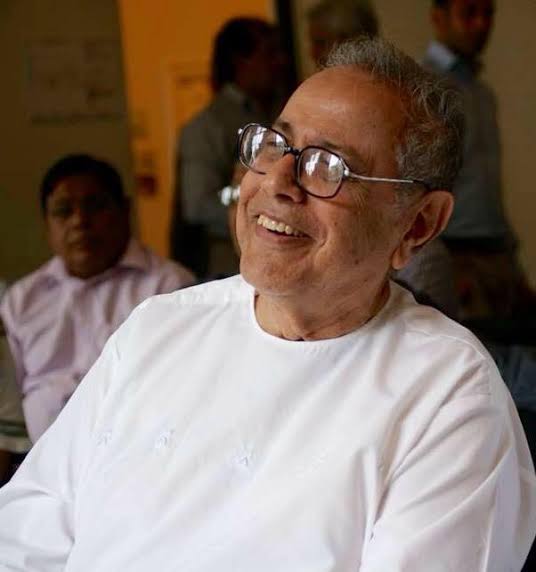 A copy of my column “With a Tongue in the Cheek” was published in Canadian Asian News, Mississauga, and Montreal some years back.
It was a poignant moment for me. Reading the text of the senior Urdu poet Fehmida Riaz’s speech at the Shanaakht Festival in Karachi I felt as if someone had wrenched my guts. What’s a poet’s identity in present-day Pakistan or India? Does he have any place in it? Is it that Plato’s ghost has come back to haunt all of us with his age-old dictum that there’s no place for a poet in his Republic? It did prompt Aristotle to write his famous Poetics thereby giving a socially relevant ruse for the poet to exist in society. The totem pole of facts presented by the renowned poet Fehmida Riaz has indeed a high mark on it that shows that she’s not far from the truth of her being and becoming a poet in a relatively uninformed populace. She said that in so many words.
Leaving my discussion of the “use” or utility-parameter to justify Poet’s existence for a latter paragraph, I might quote a little more from the text of her speech. She said: “Intellectuals have always been held in disrespect…the governments, both martial and democratic, have imprisoned leading writers and poets over decades.”
Indeed! Bravo! My dear friend Fehmida, let’s just add two or three more countries to your list of Pakistan as the sole cause of the malady you refer to. The malady is a total disconnect – between the writers who matter and, of course, the people who don’t matter – and for whom they write. Let me now add all the other three countries of South Asia, namely India, Bangladesh, and Sri Lanka where this disconnect has taken place, once – and for good!
To get back to what you say, my friend Fehmida, about the poets who have been jailed. Well, well, well! Don’t you contradict yourself?
If poets have been jailed, then they did have a sociopolitical role in Pakistan. My friend in Karachi who sent me the text was prompt enough to answer: “Today, the devil is quoting the scriptures. Day in and day out, not only Punjab’s Chief Minister but also various other leaders quote Faiz and Habeeb Jalib as if those worthies were their idols.
Laugh in derision, my readers, but there’s much more than a grain of truth in this comment. What about other arts – music, for example? We know that the areas in the Northeast that fell under the Taliban’s open control were deprived of music and dancing. The Registrar of Punjab University, Lahore, told me in Istanbul (Turkey) where we had met in a seminar at the University, that the Music Department of his university had been moved off-campus when the organization of Islamic students issued threats of violence. “You acquiesced? Didn’t you?” I asked. He kept quiet.
Likewise, Multan’s Bahauddin Zakariya University shut off the doors of its Music Department, thereby killing the aspirations of many music lovers, not only of the modern pop art, but also of the singers and stringers of Sufi music on Iktara. Wouldn’t one expect not only an administration but also the populace, in general, to stand like a rock against anyone who tries to kill a great tradition of music and art? This means not only the cancellation of festivals where folk dances were performed on stage but also the organized resurgence of modern drama as by the Ajoka group. However, this hasn’t happened.
One aim of terrorism is to terrorize people into meek submission – whatever the cause and people have been forced to do it, such as the closing of music video shops – or even barber shops! Anyway, whenever there’s pitch darkness of despair, there’s always a ray of hope appearing from nowhere. It did in the same city, Karachi – and I was more than gratified to learn about it. Another noteworthy event was the holding of the Urdu Conference in Karachi and the sum-total of various Addresses, speeches, questions, and comments were not without hope for a better tomorrow, at least for the Urdu writer. Speaker after speaker in this conference came out with the pious hope that literature can be used as an antidote to the uninformed dictates of the Taliban and others. Sahar Ansari Sahib who now dots the literary scene of Karachi like a lighthouse in a tumultuous sea said at the conference that the only way Pakistan can tell the rest of the world that we are a civilized and cultured nation is through literature. The Urdu Conference, I learn, wasn’t the event it used to be but something is always better than nothing and it did bring back at least an iota of colour to the otherwise bleak literary scene.
previous post

Operations and wining hearts in FATA by AIMAL KHATTAK