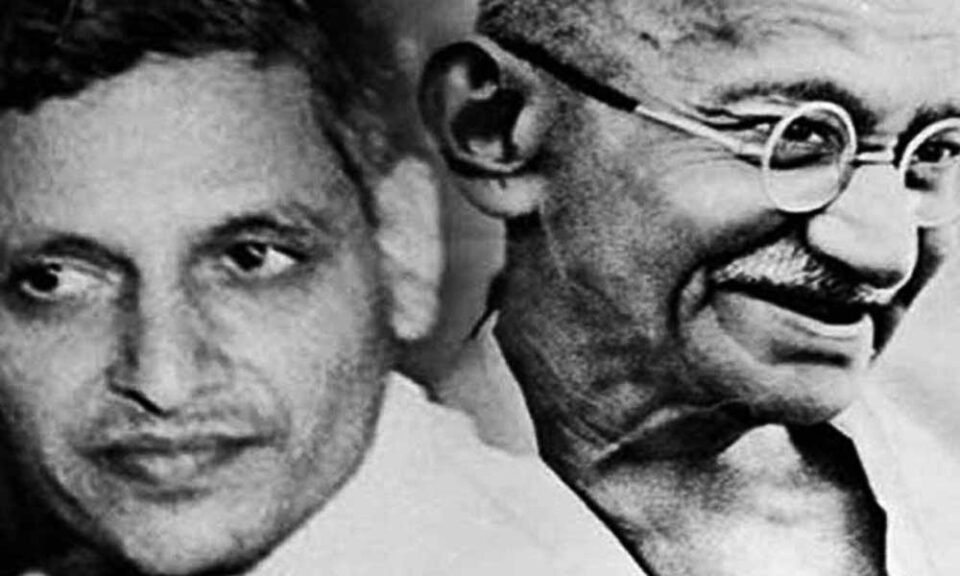 When Kashmir is under siege of Indian army and life has ceased to exist, when family of Rohit Vemula is still waiting for justice from Indian courts, when high court has acquitted all of accused in Pehlu Khan murder case, when millions in Assam have been stripped off from their existence, when RSS is ruling over most of India, It seems that it is the best of the times for Shivaji to reborn as his successors have  successfully crushed the spirit of Gandhi in India.

Yes it is no more an India build by Akbar neither it is an India envisioned by secular and socialist Nehru. Yes this is the best of the times for the “second coming” of Golwalkar and Swami Shardhanand and lead their followers towards golden era of Hinduism and establish Ram Raj over whole of India. This is the India which we see in the novels of some anti-nationals and blasphameous individuals who expose the inherent conflicts of Indian history and society. Yes this is the India which we find in books and columns of trouble-makers like Arundhati Roy who tell us the stories of untouchables, the parawans,who are killed to death for touching the “touchables”. Yes it is the best of the times for Tilik to return to earth and fight himself all the battles which Modi and his ilk hasn’t yet concluded.

After an untiring and 100 years long continuous struggle of Hindu nationalists, finally they have firmly gripped over social and political system of India. Their racist rhetoric have successfully swayed over  Indian masses and its policy makers. Today what the whole region is witnessing a Hindutva regime in India, is not the product of coincidence. All that started with the beginning of 20th century when Hindu nationalist leaders started to envision an India under Hindu rule where they could avenge the historical oppression committed by “foreigners”. When they referred towards the “foreigners”, they never meant to mention the colonial British but they looked inwardly to find out the real enemy, the muslim.

This was the attitude that made a liberal Jinnah a patron of Muslim rights and pushed him towards the extreme stance of dividing India into two separate states on the basis of religion. In earlier days of Congress and Home Role League, Jinnah was a staunch nationalist who advocated an independent India in second decade of twentieth century. The emergence of Mahatma Gandhi as the most popular Indian leader not only sidelined Jinnah but also ended the liberal and secular face of Congress. Gandhi with his unconventional ways of politics and spiritualism attracted great numbers of followers, majority of them was of Hindus, and popularized different religious practices in politics. His philosophy of nonviolence received universal acclaim and soon he became most important Indian in the eyes of whole world. Jinnah never liked his impractical style of politics and spiritualism and believed in constitutional and pragmatic struggle. Gandhi made his way inside Muslims during Khilafat Movement and very influential Muslim figures became great admirer of him. All that was not well with nationalist Hindu ideologues and they viewed it as an assault on their right to rule over India. They could never accept the idea of an Indian nationalism instead they were working for the cause of Hindu supremacy in subcontinent.

RSS is the product of Hindu consciousness of a unique Hindu identity, a sense of adoration for Vedic Hindu culture and traditions and a wish to govern a system according to ancient Hindu code, Manusmrti. RSS,therefore never accepted the idea of secular India and rejected Indian constitution formulated by a Dalit Dr Ambedkr. RSS also resisted the idea of tricolor flag for India and never hoisted it in official gatherings or in its headquarter in Nagpur. Dr Hedegwar, the founder of Rashtrya Swayumsevak Sangh, looked at Hindu community as  disorganized, nonviolent, passive and cowardice. He felt that Hindu couldn’t fight against traditionally muscular and aggressive Muslims unless they were not well equipped and well organized by a strong group. Inspired by Hindu nationalist  Sawarkar, he founded this volunteer non-political  group which has now become largest volunteer organization in the world. Sawarkar’s Hindutva was instrumental in establishment of RSS and revered as principle guide for RSS and they started their campaign to make India a homogeneous Hindu society where “non-natives” or Muslims don’t have any locus standi. In same period of time, Madan Mohan Malwia was leading Hindu Mahasbha and a war against Muslims had started in India.

Jinnah disappointed and disillusioned, stated about Madan Mohan Malvia that how he used to treat Muslims by not sharing utensils, dining table and even a carpet with Jinnah himself. This movement of Hindu revival, more specifically Brahmanism aggravated the journey towards partition of India though they remained tolerant and cooperative towards colonial rulers. RSS and Hindu Mahasabha not only distanced themselves from Quit India Movement but also they supported British administration to cope with “troublemakers”. RSS under Golwalker who headed it for 33 years became more organized active and violent and took active part in partition riots. According to the philosophy of Golwalkar who looked towards Muslims as their natural enemy, swayamsevaks disguised as Muslims  attacked Hindu population and showed more fire to the flames of communal riots. Golwalkar believed that “others” don’t have any locus standi in “Bharat”and they should be purged by accepting their lost faith or they must parish.

Nathuram Godse was the product of this faith and ideology who believed that Gandhi was responsible of feminizing the Hindu nation through his non-practical, passive and submissive strategies. A former member of RSS and a Maharashtrian Brahman, he killed the founder of modern India to assert a masculine and brave image of Hindu nation. By killing Gandhi, Godse acquired the image of Ravana in Indian culture and the whole country fell into great fear of falling into hands of Hindu extremists. This heinous crime of Godse gave Nehru a chance to ban RSS and Patel who initially admired the group, revived his thinking and accused the organization of celebrating the murder of Gandhi. But on the other hand, Godse became a mythological hero and his adoration in Hindutva circle remained affluent. Godse became a symbol of Hindu nationalist school of thought or more accurately Brahmanism. He was a very ordinary person but this very act of killing Gandhi made him a very important person not only in history of India but also in philosophical and ideological landscape. Godse came out as a “second energy” in this great drama of Indian history and he left behind all his mentors and ideologues who opposed Gandhi and his political and social ideology. Now there were two opposing energies which stood against each other and the conflict between Gandhi and Godse started. Godse was never reluctant in acknowledging the moral righteousness of his deed against a man who “failed” to do his “duty”. In his letter to court, he accused Gandhi of treachery for accepting the division of motherland and his policy of appeasement towards muslims. Godse believed that if Gandhi had been a father of nation still he betrayed his parental duty and guardianship.

RSS carried the legacy of Godse and asserted the masculine, violent and brave image of Hindus by destroying the Babri Mosque on December 06,1992. This act had a symbolic significance that India belonged to Hindus after a millennia of “foreign” rule. The demolition was an attack on Muslim past of India, a past that had been a continuous torture for a Hindu mind. Today’s India is also witnessing the same vein of emotions and Hindu majority is trying to prove its strength to “avenge” the injustice caused to them by “others”. The strong India under its strongman Modi has become a place where people are being killed on mere suspicion of carrying beef, Pehlu Khan case is an example, and justice system is unable to punish the killers. The groups of armed workers of ruling regime are beating people to make them chant “Jai Shree Raam”.

The country once recognized with mystics and saints, great monuments and architecture, has now declared most dangerous country for women to live. India is being identified with hatred, extremism, violence and most of all rape crimes. There is no space for dissent in India and in the name of nationalism every critical voice is being silenced. The murder of Gauri Linkesh left a question mark on Indian justice system. The followers of Godse have drawn out their weapons to finish every image every symbol every sign which remind them of “past” and “other”. The greatest “evil” that they may have to face is soul of that dead man whose ghost is still there to appease the “others” and causing great damage to their “national cause”.

Feminism: A movement to end sexism