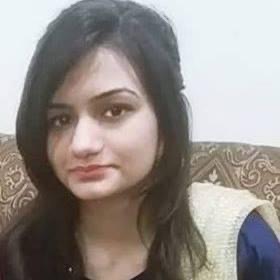 That was many years ago.

I wanted to put my head on someone’s shoulder and cry.

Twenty five years have passed and no shoulder has been found on which to weep.

In these twenty-five years, fifty people came who could be a cure for the heart, but where was the heart to cure?

But today, she came – to hold on to my chest and mourn over these past years.

My wife cooked the food well, tidied the house, bathed the children… and dyed my hair.

At last, she was here. I thought she would rake each moment. Instead, the subject was one-fifty square yard house in a new housing scheme.

“He is a big flirt”, my wife complained. She gave me a skeptical look, but said nothing.

How could I tell her that I did not find another shelter after her.

I met lots of people, alright. But the ones I met, got lost. And the ones I lost?

My loss was sitting right in front of me.

It was the mother who realized after eight years that the boy did not want to live, so she interceded with him, for him.

He won’t die now, even if he wanted to. Separated into parts like a starfish as he is, It’s four lives that he’s living, not one.

“It took me eight years to understand my husband”, she accosted me.

Asshole! Such a long time to reawaken wifehood in a woman! I thought, but didn’t say it. How could I? If love were merely a game, I would be the top player, but unfortunately, It’s not.

Seducing a woman, however, is not difficult at all, is it?

A few sentences here, a couple of words there, the ones that you forget even yourself.

“I have baked this fish,It’s not fried”,said my wife to me with Hatim Tai eyes, as she offered it to her.

“Why are you so flirtatious?”, my first love asked lovingly.

“No, I’m not”, I replied and thought about my last love lovingly.

Truth sometimes becomes ugly for the other person, so where’s the benefit of telling it?

“Do you still write poetry?”

What? Was it me or the fish?

Because her focus was on the plate.

“No, but perhaps I will, now”, I replied and the referee stared me.

I was homeless for twenty five years because of her. I examined her face carefully; If I would present my twenty-five year record to her, she would die at the very moment.

“He often cries, when he misses you”, my wife continued the talk.

“Oh, he was mad from the beginning”. Motherhood from the whole universe gathered itself in her eyes.

I could not figure out whether I had to feel proud or ashamed in front of these two ladies.

I smiled only. Both are fools ; one bigger than the other. One left my life behind with lots of emptiness and the other entered it with so much burden, made me feel like a donkey.

Finally she left, saying everything without saying anything.

But I heard it all.

And a new story began.