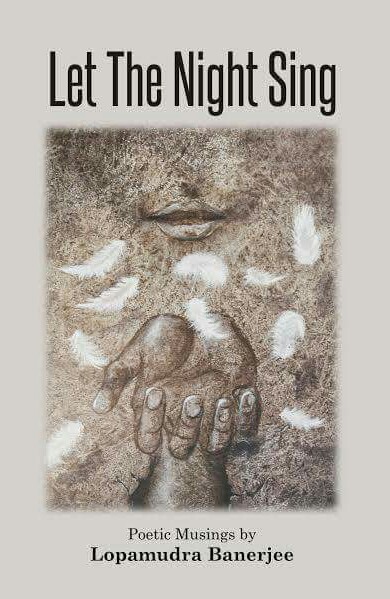 Reading a collection of poems (of any poet) is never just a sojourn through poet’s mind alone, but it is also a whirlwind tour of the politico-socio-cultural happenings through which a poet is living or has lived. The perspective bought forth under similar circumstances differs from person to person. Despite sharing a common space, we may say there are as many universes as human beings. In my opinion, a collection of poems of any poet in that perspective carries a universe within itself. It becomes secondary then to draw its parallels with others. For one that universe may be self-sustaining and enriching in all what ought to make it adorable and for others very fragile; to stand without pointing out any reason. So, without any exaggeration we can say, like other fellow beings, poets are unparalleled creators of their own universes. More or less, Jonathan Bate too advocates same in the following lines.

“Had Albert Einstein not worked out the equation E=mc2, someone else would have done so a few years later. If there had been no Charles Darwin, Alfred Wallace would have been credited with the discovery that evolution functions through natural selection according to fitness to environment. But if John Milton had not written Paradise Lost, no one else would have done.”

Let the Night Sing, is a book of poetic musings of Lopamudra Banerjee. Comprising of 70 poems, this composition is purposefully divided into five volumes, which are: 1. Learning To Fall and Other Poems   2. The Woman: Unwrapped   3.The Man and the Woman   4. The Voyage Within and  5. Death, Ashes and Darkness. These five volumes are a kind of commentary on how a woman in a man-dominated society is forced to adapt to learn all those processes that let her lose her individuality and identity. And let her know how she belongs only to herself despite being the foundation of a society and how she is destined to find her abode beyond the columns of darkness. Let the Night Sing, symbolizes the lack of freedom they experience both as woman and as a human in a society where they are hardly visible and audible. In my opinion, this composition is a daring effort to try to explore the individual identity of women while journeying through the labyrinths trained to silence their sense of being.

Marks and de Courtivron in New French Feminisms (1981) decodes in the following lines what pathway women must follow in phallocentric [male-dominant] system:

“Women must write through their bodies, they must invent the impregnable language that will wreck partitions, classes, and rhetorics, regulations and codes, they must submerge, cut through, get beyond the ultimate reserve-discourse, including the one that laughs at the very idea of pronouncing the word ‘silence’ ….such is the strength of women that, sweeping away syntax, breaking that famous thread (just a tiny little thread, they say) which acts for men as a surrogate umbilical cord.”

Let the Night Sing, is of course a sincere endeavour in this direction to secure its place in the pages of history as ‘document of evidence’ of how the patriarchal   system chokes the individuality and identity of women. It is said that reading a feministic text can lead to better understanding of the woman’s condition. For those who are of different opinion in this regard will surely change their opinion after reading Let the Night Sing.

I am coiled around the shadow

Of this birth, yet again,

My soul, gaping, bewildered in blood,

Gushing, as it empties, collapses and settles. (Moonstruck)

And then, they hit me, just below the belt,

And shoved me to a corner to preach me

With their habitual sermons of sanctity,

Just when I was clasping the clay molds

To turn them into spitting images of myself,

and preening around fire-lit open courtyards.         (The Firebird)

The roots of Indian culture are very strong and so are its traditions of poetry. The Indian society believes that men have the power and are the cultural hegemon in the society. But the Indian women poets show how poetry can be born out of a sincere emotional response to social reality. The tenets of Indian feminism in English poetry can be collected from very first English-writing woman poet Toru Dutt(1856-77)  followed by  Sarojini Naidu (1879 – 1949) and then Kamala Das(1934- 2009), whose efforts let it progress to leaps and bounds to sprawl its wings across  length and breadth of Indian subcontinent in particular. It is the efforts of these daredevils that the woman’s inner world, her sensibility and frustration in response to a claustrophobic society got its permanent place on the canvas of history of bruised women belonging to this part of world. Lopamudra Banerjee too, following the footsteps of these ideals, dares to paint the bruised canvas as per her own ordeal. For instance, see how beautifully she claims ‘the character of a woman’ been still caught in the murky waters of suffocating air of India like her own ideals, in her tribute poem to the poetess Kamala Das:

My story is still carved against my skin, I know

it is a bit more insolent and forbidden

Reading Let the Night Sing, connects the reader to American poet Rita Dove’s words that “Poetry is language at its most distilled and most powerful.” Without any exaggeration, unlike most Indian poets, the poetry of Lopamudra Banerjee qualifies as being distilled and powerful. Full of metaphors and indelible imagery along with unparalleled usage of diction chalks out her poetic character to the far advanced level among her contemporaries.

We cannot lie when the streets smell of old smoke

and charred meat, swooshing past our burning eyes,

Look, how the lamp still burns, I encase your warmth, flickering.

I track your musky breath in the city’s labyrinth.

The sepia temple echoes my grief in crushed ashes.

With mismatched steps, they now meet,

Talk a load of crap and forsake each other

In my opinion, Lopamudra Banerjee is a poet of human experience. No doubt her imagination has found greater affinity to love – “to be loved and to love”. It is of secondary importance, whether society accepted her with love or not and why her love towards her society failed to get the recognition it should. She has not left any aspect of life from the spiritual to the sensual untouched. She seems to be a confident and keen student of life. And understanding each aspect with utmost determination and then present the same as poetic pearls seems to be her sole purpose of life.

An old love flaunted itself in half-written letters.

An old love, smudged in the quicksand of time.

Clenched at me tight, and loosened,

Amid the sonorous crowd,

loneliness sings its own symphony.

While you make love to solitude,

the deep, dark river flowing within,

with droplets of sweat and the cloudburst of conceit,

think you are clad with your own nudity

The blue bird, a stifled halo,

Aflame at its fallen nest.

Watching it fall, over razor bumps,

There is poetry after reading which, one is tempted to say, “Oh My God! How did the poet know this is how I felt?” Let the Night Sing belongs to that category!