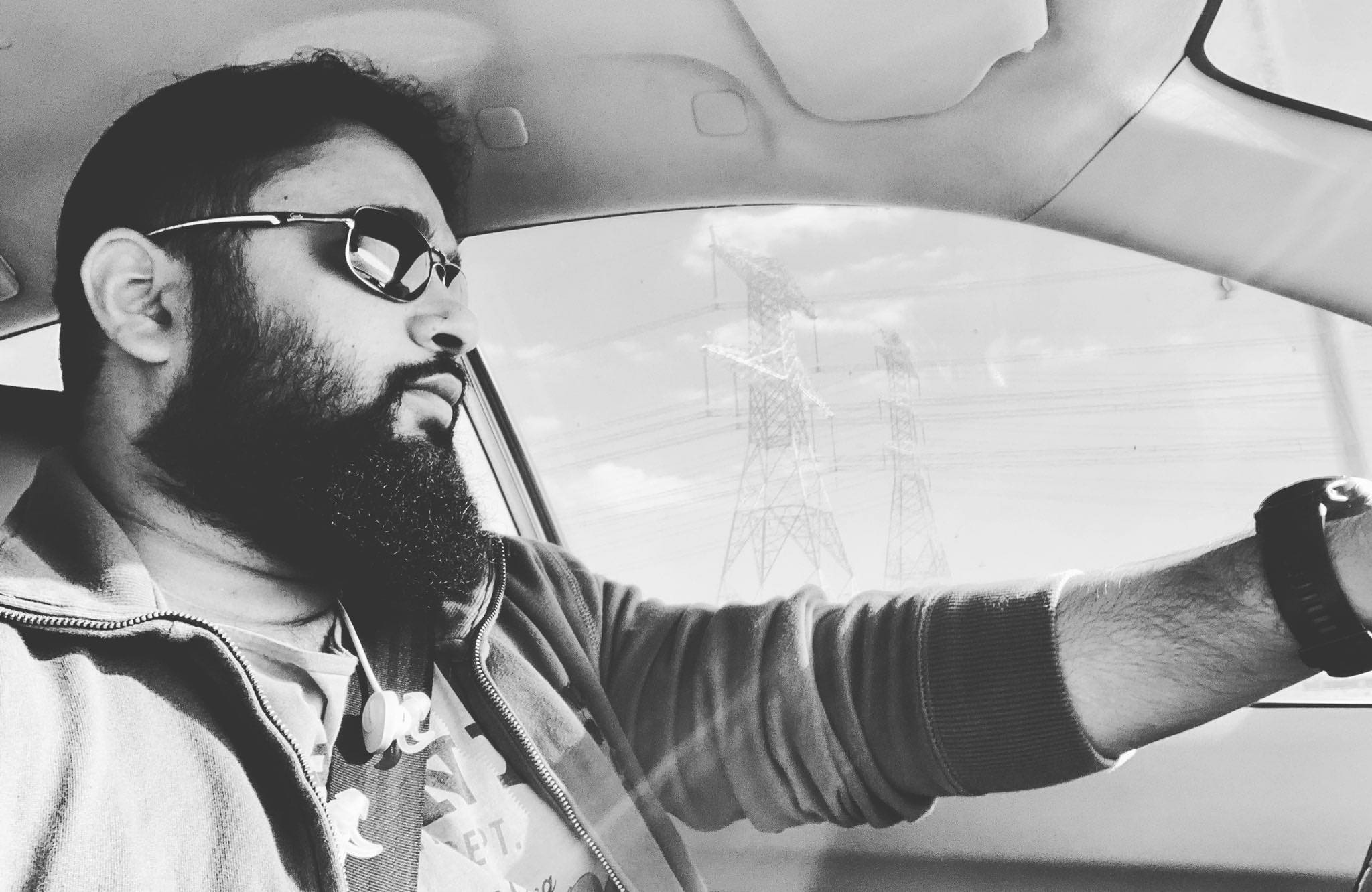 It all started with a social media friend, and respectable senior Kamran Tufail Sahb, presenting a few questions on behalf of his well educated Insafian friend. I decided to address the confusion, that goes like this.

First thing first, the dilemma of considering oneself as well educated, and hence inferring a rapid conclusion that they are the sole representatives of well-educated clan, and every member of such clan supports one particular party called PTI. This is nothing but a myth. The roots of this misleading mindset are deeply embedded in the advent of DSL Broadband Internet in Pakistan. PTCL started, off course based on their feasibility, pitching out Internet in major cities, mainly Lahore, Islamabad and Karachi. A rough sketch of an average internet user back in 2000s was a student more oriented towards studies, and porn let me be blunt, and least understanding of political dynamics of a dictatorship bitten Pakistan. It was natural that they would see – mostly – the similar profile everywhere. The crux of folks cloned with same behavioral sculpture is simply “not interested in politics” and hence no clear understanding of political systems implemented in real world. The outcome was an internet user who doesn’t care much about history of state, more into media (it was also the beginning of private media in state), less into political conceptual literature and hence holding a general hunger and urge for “change”. Analysis of this urge for change is yet another subject of study requiring a separate lengthy set of passages I will ponder over some other time. In a nutshell, repeated dictatorship and increasing terrorism in conjunction with premature media was the root cause. So the first impression of an average PTI supporter that their beloved party is the only or major representative of educated populace is nothing but a recently inducted folklore.

The first question raised is that if financial corruption is the only root cause of a turmoil we are going through today (and irony is that this turmoil is uniform not only today, but also a decade back, and even 40 years ago!). I am of firm belief that financial corruption is not the foundational error, and is mostly exaggerated to conceal ill wills and satanic plots to get hold of power in Republic. When Pakistan was dissected into two, financial corruption was nowhere a reason in the blame game played until today. I am yet to find any historian or news clipping, putting an allegation of financial corruption on Bhutto, Ayub, Yahya etc. It was – as it is today – actions led by the lust of power in non-democratic forces messing up with democratic ones, breaching away the right of later to exercise power where they deserved. The result has been a chaos. There was no pattern of continuity in democratic consistency, but there was one in repetition of dictatorial state rape of constitution. Every few years a dictator was ready for a clear tussle against the very same democratic head of state who opted for him, ignoring others, many times deserving ones. The argument to point out financial corruption causing current anarchy is therefore baseless, since corruption is more of a 90s era thing. It can be loosely used to explain anything post 90s but not before that. Liaquat Ali Khan was shot dead, Bhutto was made a pendulum. None till that point was punished for financial crimes.

The second question is regarding failure of installed caretakers of the state, i.e. why who were filtered alone as “clean ones” couldn’t make any success stories either? There is only one answer to this question, which is same as before, i.e. dearth of inconsistency. I would like to discuss two possible arguments before concluding it to a result coherent to what I believe in.
First question is, were the caretakers installed deliberately? And when I say installed, it means a democratic system was manipulated, violated or suspended while bringing such rulers in. The answer can be a Yes or No. If yes, it strengthens my argument that the persistent feature of banana republic is not the financial corruption, but non-political actors poking their nose in democratic system. Can that be justified? Never. What impact such demonic practices result in? Inconsistency, destabilization, lack of continuity.
What is strategy? It is a set of practices anticipated to be adapted in order to achieve any long term goal. Any Constitution is an in depth, detailed derivation of thousands of strategies, concluded after hundreds of years of experiences, both local and foreign to the state. I ask a question to any “well educated” man of wit: What happens when you keep on changing your strategy, on random irregularly illogical basis? Will you be able to achieve your goal? Any goal? I leave the decision on my readers. My answer is a massive negative. Every political system is developed to achieve certain goals. None however, will be able to achieve anything if de-railed every now and then, messed up with, adjusted frequently on ad-hoc basis, and suspended anywhere anytime.
Shall we believe that this nation has not produced even a single individual who at least wanted to do some good – if not all – to the state and to the people? No. Many tried. Each single one of them was confronted with the constitutional breaches, both in open or concealed fashion.

This is why none could succeed, those who paved their ways electorally and those who were mounted by force. Our problem is NOT the financial corruption. You have the so called culprits today almost each one of them imprisoned. It is not happening for the first time. It didn’t bring any fruits (read ‘faroots’) in past. It won’t yield any good in future.

Third question, though compels me to answer not very long content compared to the previous ones, but still I find it interesting specially to further strengthen my point. The question is regarding financial corruption in other countries of South East Asia, i.e. has the corruption been controlled in other countries and if not, how are these neighbor states able to progress ahead on their prosperous coarse?
Till now I have built up my case on a single point, i.e. consistency in political stability. This question simply inquires me to provide examples to strengthen my argument. I would answer in two evident samples to be looked into. First one is India, the second one Afghanistan. Bangladesh is yet another country however, I don’t believe it has achieved same political stability as India.
Afghanistan ranks 172 out of 180 in Corruption Index. India stands 78th on the same scale. Pakistan holds 117th position. Interestingly, Pakistan’s rank on Democratic Index is 112. India stands on 41 and Afghanistan on 143rd. Try to observe a correlation. Bangladesh stands 88th on Democratic index whereas 149th on Corruption Index, again in between Pakistan and India both in Corruption and Democratic Index. Hate it or love it, there’s a correlation, an evident one between Democratic as well as Corruption Index. More democratic states tend to be less corrupt and vice versa. In other words, dictatorship promotes corruption. Systematic democracy fixes it. Financial Corruption practices are still persistent in region, democratic values, however are being suffocated in Afghanistan and Pakistan. Countries improved in democratic values correspond to a better GDP even. Projected GDP for India, Bangladesh, Pakistan and Afghanistan, for instance, as per IMF for 2019 are 5, 41, 43 and 115. All the KPIs indicating a nation’s strength on global level are correlated. Stability enhances GDP, eradicates corruption and strengthen democratic index. Dictatorship fucks everything. Inconsistency goes a step further. It rapes a nation.

The final question, by my revered friend Sir Kamran Tufail goes like shall we welcome any and every change except that of evolutionary one?
My take on this matter is very simple.

There’s no rule of thumb to welcome every change or reject every one of it. Humans have highest of IQ level among universal species. The criteria to diss or accept any change is to compare and analyze it to make sure if it is of any good to the system we are living in. The statement stays legit even for the evolutionary change except that for a fact that evolution itself cares less about ethics or moralities and is more confined to the survival of the species. Throughout human evolution the size of human body has shrunk over time, and energy provided to visual system as well as brain has been increased. Is it a good change? Yes as far as it enhances the mortality rate. Last week, however, they opened a brothel near my hometown in Pakistan. A good change? I leave the decision on readers.

Every change has to be assessed against goods and bads. The outcome may conclude it a change is positive or otherwise.