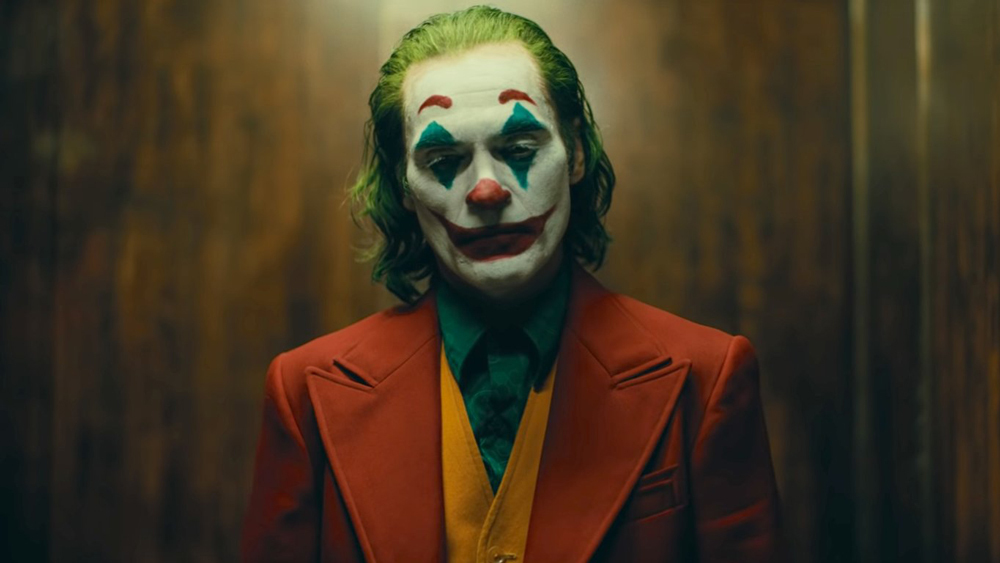 The cinematic adaptation of the 1940s comic supervillain“Joker” hits the screens in 2019 amidst a storm of controversies. So much, so that FBI and Homeland Security Department of The United States received warnings of a mass shooting at the scheduled opening. Not a surprise though, after the 2012 Aurora, Colorado shooting at the opening of The Dark Knight Rises. Luckily, this one was uneventful.

The Film not only touches upon many literary and philosophical sensibilities but also bring us face to face with some of the most profound questions of our current social milieu. It highlights the predicaments which are repeatedly buried by the left and right of the political spectrum; questions which not only remain unanswered but which keep on haunting the academic elite.

Viewers were excited by what they saw but baffled by not getting a concise message coming out of the Film. They were not only perturbed by violence but also felt immense empathy for the perpetrator of violence. Perhaps it is this dichotomy of human nature that the Film tap-into in rather a subtle way. Human’s destructive impulses and instincts have been a focus of discourses in the last few centuries. Contemporary science has its explanation. It not only reduces us merely to vertebrates with aggression embedded in our genes. But it also explains our altruistic motives as an evolutionary outcome; something which has already been observed in primates.

Philosophers examine this paradox in a social context, though. Jean-Jacques Rousseau, for instance; views humans as inherently peaceful beings but corrupted by society. Thomas Hobbs, on the other hand, sees us as naturally violent species but civilised by society. The Film resonates with this conundrum. But there is no single way of making sense of it; which is why it stirred up so many controversies and generated a plethora of mixed responses.

Did it re-define Joker as character; or is it just a study to explore the character’s origin? Does it glorify violence as an excuse for social injustices; or is it truly an investigation of the inherent social anomalies of a system which creates its monsters? Does it eventually provide solace to a white supremacist mass shooter that the world finally understands him? Or does it empathise with the real miseries of the woebegone mentally ill who are on the revolving doors to prisons and mental health institutions? By using the soundtrack of Gary Glitter; a convicted paedophile, did they condone him or was it merely a depiction. Is it a social commentary on the unknown known about the truth and lies in politics? Does it let the cat out of the bag?

Questions are countless, but answers aren’t easy to find. Joker touches upon many social issues such as mental illness and its relationship to violence; capitalism and inequality; the ever reducing boundaries between truth and lie; the relationship between violence and ideology and many more. Perhaps commentaries like this place social anomalies on a spotlight; however briefly; for us to lament upon and then once again leave us bewildered and intoxicated in the same matrix.

Ideology and violence have historically been linked together. It is still linked today but in a more inconspicuous way. Take this one, for instance. Ideology in the medieval mindset is very simple. There is an afterlife which takes precedence over this worldly life. Therefore, any manipulation of scriptural doctrine could be used to justify any degree of violence even if it means killing innocent women and children. But ideology in a postmodern western mind isn’t as simple as a set of scripture, doctrines or a simplified, dogmatic world view. This societal structure we live in is more like Dalai Lama Spiritualized Hedonism, as Slovic Zizek explains. It is not an implicit injunction for a significant cause but a complicated network of social, ethical, political dimensions which affect the way we function. In the postmodern culture, virtues are different such as to be true to yourself, to have a fulfilling life and to realise your potential etc. These are considered as true-life objectives. To achieve these objectives, violence could be justified in any shape and form. Therefore, to believe that the inhabitants of the modern western world do not harbour any ideology is nothing but an illusion. The systematised and sophisticated indoctrination of this social set up hides it’s evil under its belly. Violence manifests in the everyday texture of the modern life we are embedded in but wrapped up and presented in a beautiful packing that in some ways, satisfy our altruistic motives.

Who should have power and when it is legitimate to inflict violence on others, are questions with which thinkers have grappled ever since Plato wrote Republic in 380 BC. These remain the most pertinent discourses in political science to date. But the modern states continue to assert their authority over individual agency without proving its legitimacy. The anarchist animuses portrayed in films like Joker or V for Vendetta is a simplistic representation of this phenomenon in popular culture.

A keen reader of literature can find so many parallels to classic literature. Take “Oedipus Rex” for instance, a play by Sophocles, an Athenian tragedy perform in 429 BC. Oedipus, the King of Thebes, is in search of the murderer of the former King. He summons prophet Tiresias for help. Tiresias claims to know the answer but refused to speak and asks Oedipus to abandon his search. Oedipus accuses him of being complicit in the murder. But as the play unfolds, it turns out that Oedipus the King himself was the murderer, although he was oblivious. The protagonist of Joker shares the same theme as his search for identity in the oblivion. As Sigmund Freud wrote in the Interpretation of Dreams explaining the Oedipus complex, “The destiny of Oedipus moves us because it might have been ours. Because oracle laid the same curse upon us before our birth as upon him”. So perhaps therein lay one answer. Perhaps, Joker’s story is our story. Maybe, we all are protagonists of this Film but in our peculiar Film sets. Perhaps we all are struggling with the meaning and purpose instilled in us from early life — the meaning which no longer makes sense as we grow older.

Then there is the protagonist, Meursault, of Albert Camus’s novel, The Stranger (1940). The portrait of Meursault captures an old philosophical dilemma, the role of reason and consciousness in human nature. In this novel, Camus touches upon the relationship of reason and emotion. What does it mean to be rational? To what extent our feelings and moral responses depend on reason? Rationality requires the ability to adhere to standards and values. Rationality is a social dimension. But as Professor of philosophy, Robert C. Solomon said, “Rationality is bounded by our emotions. We act rationally ultimately to be in line with what we care about and what our culture care about”. When the protagonist of Joker found out the truth about the only relationship he confided in, he not only loses his emotional tethering but also loses his identity. He is left with only one identity, “The Joker”. His experience and reflections juxtapose with each other, and he turns in on himself. His reflection as this dialogue which might go down the history as a famous one, “I thought my life was a tragedy, but it is a comedy”.

In the novel The Stranger, Camus suggests that the existence of death makes life absurd. But in his another philosophical essay, The Myth of Sisyphus, Camus makes it painfully clear that futility is eternal. Camus suggests that it is the experience, not truth that matters. Here, the protagonist Sisyphus was condemned by the Olympian gods to spend all eternity in fruitless labour, rolling a rock up the mountain until it rolls back down of its weight over and over. Sisyphus had to do this meaningless exercise eternally. Sisyphus and Ecclesiastes both suggest that life amount to nothing. Ultimately, only personal experience is meaningful. In this sensibility, the protagonist of Joker is an epitome of absurdity.

Some enthusiast critics have tried to explore Joker’s transformation from Nietzsche’s slave morality to master morality. Others have compared this by juxtaposing him to the character Bateman by using Nietzsche’s morality as a device. Although this can be done in a more nuanced way, some would argue that this comparison is flawed. Nietzsche’s philosophy is a philosophy of passion and energy. The ultimate passion is the love of life. For Nietzsche, nothing great is ever done without passion. But in contrast, Joker’s portrayal is more of a resentful and stark nature. However, needless to say, that Nietzsche’s philosophy is quite vulnerable to exploitation; can be misconstrued, as it was done by some for Nazis to justify their ideology.

The Film also draws some parallels, however vague, with the Notes From The Underground by Dostoevsky. The protagonist of which, a nameless narrator with his oversaturated consciousness, narrates the ideological allusions regarding the political climate of his time. The protagonist has an irrational desire to extract pleasure from sufferings. He believes that when utopian societies take away pain and freedom from man, they deprive him of his liberty because man does need pain and suffering. The experiences of the protagonist of Joker are somehow similar to the Underground Man; his desperate desire to get noticed but he remained unnoticed, his dislike for people’s underdeveloped conscience and his desire to develop dominance over someone. Eventually, both protagonists arrive at the same conclusion, that every kind of consciousness is, in fact, a disease. In contrast to the Joker, the Underground Man is too consumed by the potential consequences of his revenge. The resemblance and deviance from the Underground Man produce a lot to chew upon for a keen reader.

There is something about this Film which strikes a chord with so many. There is something for everyone. Whether one admires it or criticises it, a film like this was much needed after a long time. It is like a riddle with numerous right and wrong answers, and it eventually boils down to individual interpretation.

The writer is a mental health professional with interest in humanities.

He can be reached at altafmd@gmail.com