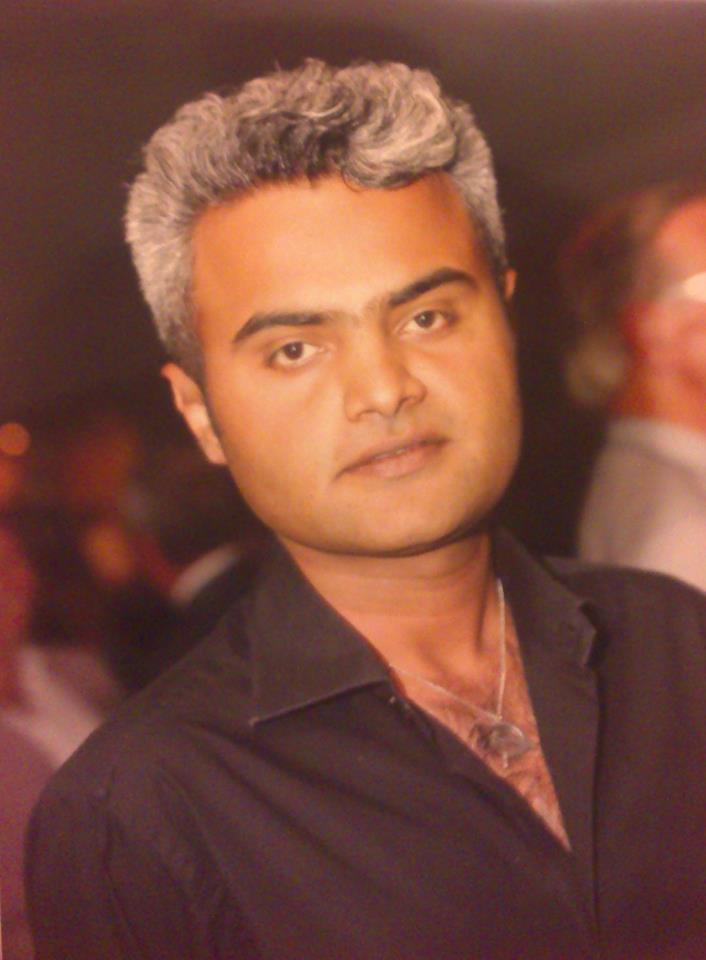 Chaudhry Imam Din was sprawled out on a wooden charpai bedstead in his livestock yard, and in this laying position he once again looked at his collection of animals, eleven buffalos, one horse, one donkey and one old goat named Houri. He knew that he was the wealthiest man in the village, so when that sense of pride was almost touching the boundary of vanity, he pulled the muzzle of his hookah towards his lips to take a long and deep puff of home-grown tobacco. As he exhaled the grey smoke, he martyred many mosquitos buzzing over his head. But unaware of massacring of those innocent and voiceless insects he was now smoking spasmodically and thinking, ‘Should he buy a sheep or goat to sacrifice on the day of his grandson’s circumcision?’ Indeed, on an occasion as sacred as that, the whole village was meant to be fed; and he had to do it, otherwise people would start raising eyebrows. It was a question of Chaudhry’s honour.

The idea of slaughtering an animal suddenly reminded him the face of Maulvi Fazal-e-Haq, the imam of the village’s only mosque – and after Chaudhry, the second most influential man in the community. Chaudhry knew the pelt of the sacrificed animal would be claimed immediately by the Maulvi as a donation for his little seminary, the only in this hamlet. Maulvi was known as the most learned and extremely pious man. The whole village would always rely on him for every matter in their simple lives, whether it was related to spiritual guidance or social problems. As the holy man of the village and a fountain of knowledge and wisdom, Maulvi had the answers for all the questions and solution for every problem. They believed that without him their prayers would go unanswered. For everyone he was the most respected personality. But not for Chaudhry.

Chaudhry was aware of the Maulvi’s impish past because he knew him since childhood, and in those days of youth, the Maulvi had an unusual love for animals. When he remembered pious man’s that peculiar interest, a mischievous smile appeared Chaudhry’s face and he looked again at Houri. The old goat was busy ruminating. He whispered to himself, ‘Thank God Houri was not born at that time…’

Chaudhry Imam Din never liked to own goats but he had kept Houri since she was an infant. And the reason was very simple: her beauty was spectacular among her contemporaries. She was a remarkable and gorgeous goat. Chaudhry was convinced that if ever there would be any competition for a beauty queen among the goats, Houri was destined to win, and would be crowned to be Miss World of Goats. It was her beauty that compelled many dashing male goats of the village to make passes at her when she was of the age. She had even shown interest in some of them, but Chaudhry wanted to preserve her beauty and believed that if she would fall for any male goat, pregnancy would be inevitable and that would disarrange her vital statistics. He sincerely believed that her beauty would end with her chastity. It was Chaudhry’s opinion, but how she felt about her life of celibacy was still a secret hidden behind her silence.

Once again he looked at the uncrowned queen of the goats and thought, why not slaughter Houri to feed the village? Because all of them would appreciate that how Chaudhry had sacrificed his beloved goat on the sacred occasion of his grandson’s circumcision; and such an act would bestow a golden chance upon the future historians to record this greatest of events. A virgin sacrifice.

After deciding Houri’s fate, Chaudhry was thinking about the last conversation with his son, who was insisting that the circumcision of his son should not be conducted by the village barber, as the custom was. Rather he wanted the child taken to the nearest city, where a qualified doctor should perform this holy surgery in a hospital. Chaudhry knew that his son was stubborn but he wanted to follow the old tradition and throw the honour of doing it at Achoo Barber.

Achoo Barber was also an old man and his family was in this business for generations. His antique straight razor was not only famous but multipurpose as well. It had been in use since his great-grandfather’s time. For adults it was always performing facial shavings and removing armpit hair; and the very same razor was in use to perform circumcision of every male child of the village.

That night, after the dinner, many people gathered at Chaudhry’s deera and once again the topic of circumcision came under discussion. Chaudhry insisted that Achoo Barber should do it but his son was unmoved and said that only a doctor should conduct the procedure. When the conversation started turning into a heated debate, a wise man in that crowd suggested that they should consult with Maulvi Fazl-e-Haq, and every man present there seconded this prudent suggestion. Now a procession made its way to the seminary which was also the residence of the holy man.

Maulvi Fazl-e-Haq was lying on a shabby rug in the front lawn of the seminary, and his right hand was between his legs. He was scratching or perhaps counting something, when he saw this group of people entering. He quickly removed his hand from down below and brought his body upright to a seated position. Hurriedly fixing the religious cap on his bald head and started combing his long beard with the fingers of the very same right hand.

Chaudhry presented the case in detail and explained how his son was opposing the barber option and insisting on engaging a medical doctor for his grandson’s circumcision. ‘Now’ he uttered, ‘please guide us through your holy knowledge and wisdom, as to what is best for us.’

Maulvi Fazl-e-Haq listened to the whole matter with due diligence and patience, then again started combing his long beard with the fingers of his hand and closed his eyes, as if trying to connect directly to God. Everyone’s gaze was fixed on the holy man’s face because they knew that the divine judgement was about to come out through this mouth. Everyone was silent and sitting humbly around the Maulvi as they strove to maintain the decorum of the Holy Judiciary. Finally, Maulvi’s eyes opened. He sighed deeply and then gave his sacred judgement. ‘It doesn’t matter whether a barber performs the circumcision or a medical doctor – but it’s important that you should donate the pelt to us’.

The Secret History of Elizabeth I’s Alliance With Islam