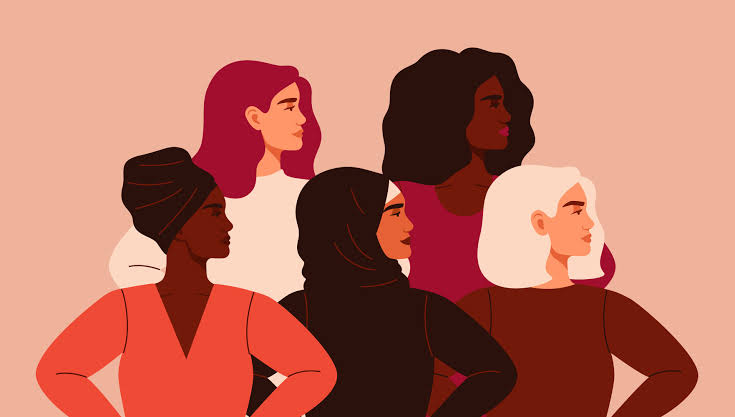 If you are a woman reading this article – particularly the sort whose tragic flaw lies in giving fucks about everything around her and only getting fucks in return, OR the one innocent, virtuous virgin who never got the heavenly freedom to speak her mind in some patriarchal society – I bet that you would love giving me (or anyone else, for that matter) an interview about your life.

Now, you might ask, “Why the hell would I do that?”

Yeah, I am glad you asked, you tiny mind of the 21st century!

It’s because you have a hidden wish to express yourself in public, to tell the world about yourself, to expand your social circle, and in some cases, spit some solid chunks of replies in the faces of those who insulted you or looked down upon you in the past, in your weakest moments when you dared not answer back.

And also because that’s what the tiny minds from our story a long time ago did.

No, not the interviews, you idiot!

When their minds began to grow and think, there got more room for comparing speculation with experience and turning the whole mess into clear judgment.

They did not see themselves as cute little Russian cats or wild cats anymore; they understood that both kinds were in reality, animals! And the biggest shock to all their generations and kinds was this: They could not please anymore.

Those that were getting old saw their beauties (and attention earned from men) wither away and those that were young observed this degeneration, while all nodded in agreement that THE PLAN was a flop.

We could have done better.

Let’s start all over again!

Then they combined curiosity with method, order and precision (basic teachings for men from an early age). They brushed the guesswork away, and instead of general knowledge, opted to actively apply their mental faculties in single, particular subjects of their liking. This gave them focus, regularity and purpose. As a result, their characters strengthened that were made weak by confinement and false notions of modesty.

Arrival of science and the rise of competition made them realize that The simpler the fucking strategy, the better the result! I mean simple principles work better than complicated rules; they bring tranquility and satisfaction.

And what about Virtue, that has been so central to human life for millenia, about which Lord Bacon said, “Certainly, humans are kin to beasts in body…….and if they do not become kin to God in their souls and spirits, they are base and ignoble creatures“?

Did those women just throw their virtues out of the window?

They redefined it and made sure that It had only one eternal standard, for both sexes, that all the virtues professed around them were founded on the same aims and principles. There was no more of this shit: I am a man. I am stronger physically, so my virtues matter more than yours! Or that which Mr. Milton professed in Paradise Lost,

God is thy law, thou mine: to know no more

Is Woman’s happiest knowledge and her praise”

They did not refute love – That would have been plain stupid – but they also did not degrade themselves for its sake. They were no more the ones who took it to heart if their husbands did not come home for days or weeks. Their happiness, health and sanity did not lie in their husbands, but in the security of their own selves.

Now hold on for a sec. I hope you didn’t think that all of them became wonder women at last? You didn’t, did you?

Great. Because if that had been the case, you wouldn’t have been here today, and I wouldn’t be writing this much precious article of mine.

The reason you are here is because some of our tiny minded women did not choose the right path, they chose the easy one: the one where they did not make any progress, rather stayed at their place. And as it said that In times like these, you have to run faster than before, to stay at the same place…

Who cares? You got the meaning, right?)

So, in their own minds, they thought they were progressing too, while in reality, they were the same idle, rest-loving, and ignoble creatures who took to mocking and shaming their sisters whenever jealousy stung them.

And you, my love, unfortunately belong to this later class.

Which doesn’t mean you are damned to hell for eternity!!!

It just means that you need to look up to the better kind, seek guidance and change your own life.

And if after listening to all my blabbing, you have suddenly realized that who the hell am I to talk about this stuff? Then let me tell you this one thing:

I confess I was once a tiny minded woman. But I am improving as days of my life are passing. I now give less fucks about silly things, and focus more on myself and I send lots of power your way, so you may take on the same journey too!

Revisiting the hanging of Afzal Guru

Can the Power of Prayer Alone Stop a Pandemic like the Coronavirus? Even the Prophet Muhammad Thought Otherwise?