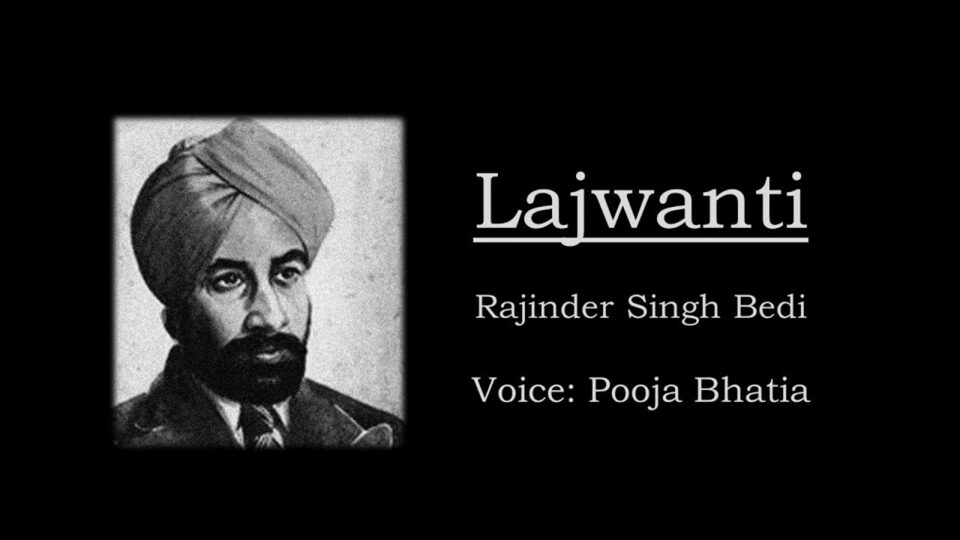 Partition is a major event in the history of the Sub-Continent. It has generated a huge body of literature, ranging from poems, novels, short stories and personal memoirs. Hindus, Muslims and Sikhs, all have written account of their experiences, the most prominent names including Saadat Hassan Manto, Attia Hosain, Ismat Chughtai and Khushwant Singh. Even Parsi writers write of their dilemmas for example the novel Ice Candy Man written by Bapsi Sidhwa. It is an event of such magnitude that its resonance is felt even today, where writers like Kamila Shamsie, Uzma Aslam Khan, Mohsin Hamid among many others touch upon this subject in their fiction and non-fiction. We have gathered perspectives of men, women, children, from all ages and backgrounds, so much so that partition literature is a separate genre of sorts in our literature.

As one starts reading the short story Lajwanti, one is first of all captured by Rajinder Singh Bedi’s straightforward and inviting style of writing. He jumps into the story without any qualms. The focus of this story is a rehabilitation committee whose sole purpose is to return abducted women to their homes. Women were the easiest victims in partition. They were abducted, raped, their children murdered, and their lives uprooted. Writing about what women went through in this horrible time, Bedi keeps a distanced perspective while pointing out the stark and shameful reality of this rehabilitation process. Hindu women were exchanged with Muslim women. Their own family members refused to accept them back. Honor, they said, was related to a woman’s body, and now that those bodies had been soiled by strangers, theses women were as good as dead to them. We see this dilemma in many other stories like Bano and Pinjar.

What I find different about this story is that we see Sunder Lal is more than ready to accept back his wife. This is quite unusual of the character, but it is a welcome sight. The author introduces complexity into the story when Lajwanti is returned and Sunder Lal accepts her with respect and starts calling her goddess. What Bedi shows here is that even if a woman is accepted back by her husband, all his respect and reverence is still dehumanizing for the woman. Lajwanti is never allowed to speak about her “black days”. She sees something queer in Sunder Lal’s eye which keeps her from retelling her experiences. Not being able to say anything, she resorts to sobbing.

She wants back the normality of her days, and even if that normality includes her being thrashed by her husband she desires it. But when Sunder Lal starts treating her with extra care, it does not translate the way he wants to. Instead of feeling welcomed, Lajo feels alienated and dehumanized by her new status of Goddess. “Suspicion took the place of joy: not because Sunder Lal had resumed ill-treating her but because he was treating her too well… Sunder Lal made her feel like something fragile, like glass which would splinter at the slightest touch.” But the most striking line in the story and the one which I think is the crux of Lajwanti’s dissatisfaction is the line where she thinks that “She had been rehabilitated but not accepted.” In trying to make her happy, Sunder Lal had in fact shut himself down, refusing to hear her story.

When I am Seventy: Satyapal Anand