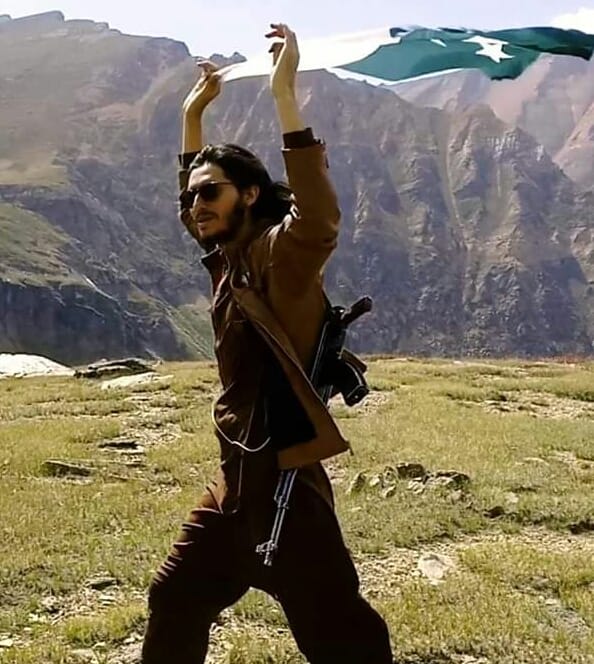 Words have antonyms, humans don’t. If humans had antonyms, however, Muhammad Bilal Khan would’ve been a perfect one to Mashal Khan. Bilal had always been at 180 degree of whatever Mashal had stood for in his life – peace, love, rights, freedom, harmony, humanity, liberty. And vice versa. Only similarity between the two is the way curtains were dropped down on the theatre of their respective lives: shot down in their mid-20s after being tortured and stabbed brutally by the pack of blood-thirsty hunters.

In my opinion, Bilal was an Islamic extremist, a firebrand sectarian hatemonger and one of the most vocal sympathisers of Taliban and Daesh terrorists in Pakistan. His inflammatory hate literature/speech on social media won him rich accolades from his like-minded schools of thoughts but earned him some enmities too; one of them, presumably, proved to be fatal for him. And he was engulfed by the hatred he emitted so prolifically all his adult life.

But one man’s actions can’t be seen and analysed in isolation. Whatever we think, do or promote is always influenced by our social environment, which is made up of multiple elements. Therefore, Bilal can’t be blamed in entirety for the vices he stood for in his lifetime. The poison of religious extremism was injected as a state policy into Pakistani society’s young veins, which has ruined the lives of many a youth since the country came into being.

Parents raise their kids with sweat and blood in a dysfunctional state and decaying society like ours. They should not be killed; they should not be make to kill others. A young death is always a family’s demise. Especially parents live the rest of their lives miserably. Its 21st century; mankind’s collective conciousness should’ve been evolved to the extent of avoiding such tragedies.

Bilal was too young to die. He didn’t deserve to be assassinated (I am too uninformed to have or give a hint about his assassins). He was young and intelligent so should’ve been given chance to get mature with age and review his archaic worldview. I hated him when he celebrated the killing of Mashal Khan a couple of years ago and also made fake screen shots to prove Mashal a blasphemer. But today I’m sad on his own killing in pretty much the same way Mashal was killed. Had Mashal been physically alive, he too would’ve been sad on this young death in tragic circumstances. And if Bilal could see, he’d have been surprised to observe that the very persons are mourning his death against whom he had incited violence!

RIP Bilal, a wasted young genius. Thoughts go to his wailing mother, sisters and rest of the family. I strongly condemn his killing and equally strongly I condemn the efforts to make him a hero. Don’t follow Bilal’s self-destructive footprints, dear religious-minded youth!