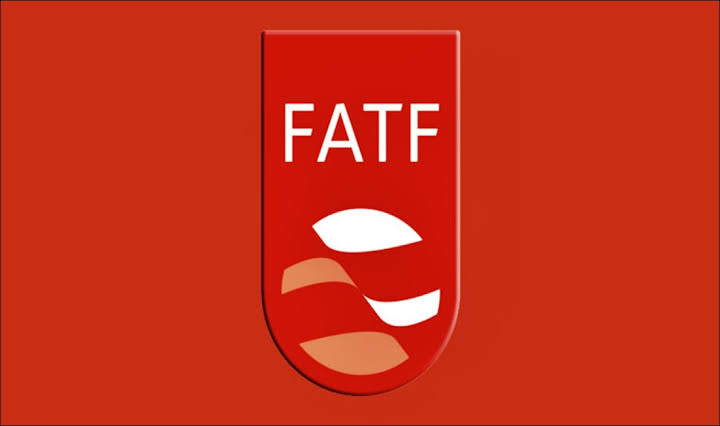 FATF has announced its “joint working group meeting” of Eurasian group  by the end of this month June, 2020. Pakistan has been provided with enough time( owing much to covid 19 pandemic) to comply with FATF forty recommendations into an all-inclusive frame work to restrict the money laundering and curb terror financing comprehensively in order to come out of grey list. Without doubt, Pakistan has made striking efforts to solemnly observe FATF recommendations in its judiciary, military/strategic, administrative, legislative workings.and has also played a keyrole of significant importance in making the entire peace process and US Afghan reconciliation possible. Itis also particularly pertinent here to mention the price paid by Pakistan being a US ally in peace process in Afghanistan has i.e. 70000 lives and huge economic loss which clearly beckons to the factual truth that Pakistan is not harboring terrorism rather terrorism has victimised it.The Global Terrorism Index, 2017 by institute for Economics and Peace (an independent, non partisan, non profit think tank) ranks Pakistan as the “fifth” most affected country from terrorism behind Iraq, Afghanistan, Nigeria and Syria. It’s also worth noting here that the ICRG report reckons  that Pakistan has already taken substantive measures in compliance with the FATF recommendations which are intended to be implemented at the national level through legislation and other legally binding measures. But, this recognition by ICRG has not been duly acknowledged because of the “politically truth” based scenarios present at national and international level.Though it is also not out of box to mention here that many steps may be taken particularly in the issues of combating money laundering and terror financing which are the part of constant ongoing process.

In order to get its meaures acknowledged and combat money laundering and terror financing, Pakistan must devise a strong strategy and take strict actions.

First of all, Pakistan needs to put its case incisively in-front of FATF coupled with strong persuasive diplomatic policy and also make strongmaneuvering moves to  control the affairs though it has some deficiencies in the legal and administrative framework. National Action plan must be executed in its true letter and spirit. Operational mechanism of NACTA and other federal agencies should be improved and must be tackled with due diligence. NACTA should initiate different Programs in light of NAP to coordinate with Police, Intelligence, Prosecution and Judiciary. Financial institutions must focus on AML measures regarding foreign remittance, via transfers, tax evasion, corruption, trade in counter feed goods and narcotics traffickin., policies must be devised to monitor remittance and transactions. A separate cell under FIA should be made to track suspicious transactions. LEA’s and investigative authorities must be kept free from all sort of pressure and must be allowed to excercise their powers without any hindrance and should be provided acces to all essentialand required documents. Domestic laws must be friendly and compatible with international standards. Cooperation and timely response to request of foreign countries for investigation, prosecution, extradition and confiscation of property of any person involved in ML & TF is highly recommended. Tax amnesty schemes should be launched cautiosly so that these schemes may not be used by shady elements onlyfor the legalizationof their unreported assets. Theseschemes should manage the circulation of money in  society at large. Pakistan should try at its utmost level to  qualify for the membership of “Egmont group’’. Also Pakistan government must be efficient to couple its foreign strategic policy with US-Taliban peace agreement to get itself out of grey list and also redesign country’s foreign policy by keeping in view the geo-strategic location.

Pakistan needs to improve the Cooperative Societies Act, 1925 with reference to transparency and Beneficial Ownership of Legal Persons. A Legal and administrative framework is required for cross audit of funding related to Madrassas and NGOs. Government must take some more steps to regularize Madrassas under Ministry of Education like other Educational institutions. Pakistan should not only arrest the militants, put their leaders on trial, but also completely shut down entire infrastructure of terror financing and terrorist organization without considering any difference between good Taliban and bad Taliban. Consistent, irreversible and sustainable policy is required at National level to defeat and hammering the out of control elements. The government needs to build compatible investigating authorities and effective regulatory system to snare financial crime in cyberspace. Pakistan should take devoted measures to prevent, deter, pre-empt, and respond to terrorism. More laws must be developed in spirit of counter terrorism not to defend terrorism as in USA like National Counter Terrorism Center, The Patriotic Act and much more. There must be some functionary having sustainable Independent audit authority having legal dominion for exchange companies and other legal entities. FMU needs to maintain comprehensive statistic concerning investigations and prosecutions conducted in relation to ML & TF. Reintegration program of Peaceful Baluchistan Package must be applied in favorable manner with aim to provide incentives to Bloch insurgents to quit violence and be the integrated part of the society. Pakistan government must be coupled its foreign policy regarding US-Taliban peace agreement with its eviction from grey list and also redesign country’s foreign policy by keeping in view the geo-strategic location. Having a close look at the foreign relations of nation, Pakistan should makeefforts to make astrong lobby with other member countries regarding eviction from fatf grey list.

​Last but not least we must go for more effective &practical and end user friendly banking system where everything and every transaction must be digitalized. All individuals should have bank accounts for transaction of their money.

Its imperative that in order to implement National Action Plan and to remove Pakistan from grey list ranking at FATF, present regime should guide and direct armed forces and intelligence agencies and FBR to work in unison to halt any patronage or support (financially and intellectually both) to banned outfits from any side.

*The author is practice lawyer based at Lahore & Multan

**The author is student of Criminology & Security Studies

Who’s the Pandemic on Earth: Corona or Homo Sapiens?