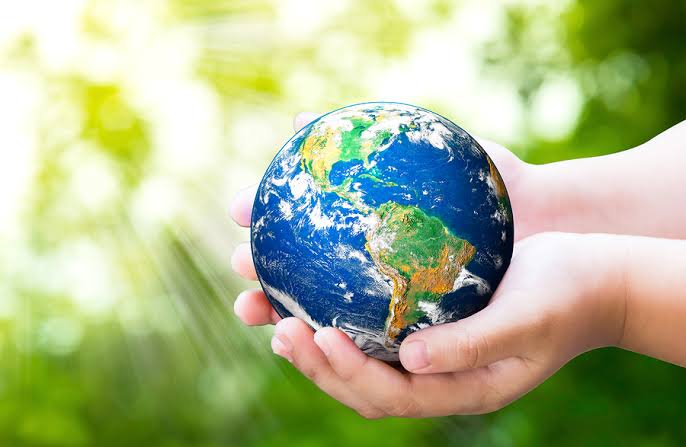 A large number of industries of the world are shut down and machine work has stopped in most parts of the world. Today, we are compelled to wonder if the planet earth is being protected from Corona, or from the human beings.

As people across the world stay home to prevent the spread of this deadly virus, the earth is rejuvenating. By the end of 2019, we had been incessantly manipulating our environment despite concurrent warnings from environmentalists. Statistics were threatening, alarming and pleading for serious measures to be taken to stop environmental degradation. You would be surprised to know that the air pollution alone kills more than 7 million people every year throughout the world. China being the world’s largest industrial hub produces more industrial waste and toxic gases. it releases more than ten million of CO2 in the air which is highest in the world.

However, over the past three months, the figures about environmental degradation have dropped sharply. NASA earth observatory satellite images show that Nitrogen Dioxide emission has been significantly reduced over central China. Due to the closure of industries and transport, fuel consumption has been reduced and thereby air quality has also improved. Smog stopped choking New Delhi, one among the foremost polluted cities within the world. If we look at Pakistan’s environmental condition, even here pollution has been reduced by up-to 50%, never before in the history there been such a reduction. The atmosphere is cleaned up and stars seem to be brighter and more visible in the dark. Also, ozonosphere is getting far better than before.

We have been depleting our ocean waters with plastics and toxic materials, which have been killing around 1 to 10 million aquatic species each year. The coronavirus has reduced the utilization of plastic bags, which has also reduced aquatic animals’ mortality. Even the ocean depths are quieter with fewer ships wandering around. People are now noticing wild animals moving around more freely.

There was a lot of activity and a lot of traffic noise involved in our lives all the time. Streets and roads are more tranquil today and this has reduced the sound pollution.

A large number of industries of the world are shut down and machine work has stopped in most parts of the world. Today, we are compelled to wonder if the planet earth is being protected from Corona, or from the human beings. In these times when we need to seek out positives to counter the gloom, and there are many goodies happening in the natural world. It is giving us this quite extraordinary insight into just how much of a mess we human beings have been making of our beautiful planet.

While the infection and death tolls are increasing for earthlings due to the COVID19, our planet is being vaccinated by it to save itself from the wrongdoings of Homo sapiens.