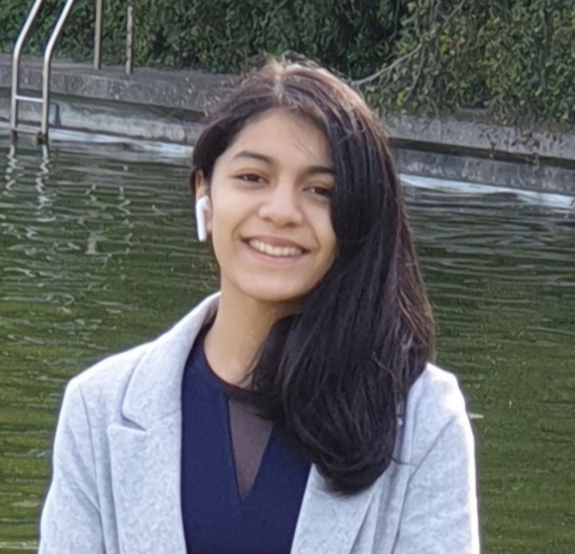 I live in Ireland with my mother, father, and younger sister, Khadeeja. I was born here. Although I live in Ireland, the discussions in my home are mainly regarding Pakistan and its current affairs, politics and its ‘leaders’. In the afternoon my parent’s deep discussions and debates mainly consist of such topics. After observing these discussions, I became confused and disappointed. One day I asked my father why we don’t receive any thrilling and positive news from our beloved home and who led our country into such chaos. My father let out a cold sigh, and his response made me realize a horrifying coincidence. My history teacher’s lessons about fascist Italy and dictatorship flashed before my eyes. I decided to summarise these lessons and showcase this repetitive cycle that I have noticed. I want you to decide if the similarities and links I saw between fascism, dictatorship and Pakistan are valid or not. This information below was taken from my history textbook, my history teacher’s lessons and reliable online sources.

In 1929 the American stock market collapsed and the US was faced with great economic hardship. This event was also known as the Wall Street Crash or the Great Depression. The effects of this economic crash soon reached Europe and caused a tremendous amount of hardship in Italy, Germany and many other European countries. Democratic governments didn’t seem to have any solutions to such a chaotic turn in events. As a result, Europe’s unemployed very quickly started to support communism. The wealthy in Europe feared communism and quickly supported any movement opposing communism and socialism. They began supporting Mussolini who had previously already founded The Fascist party in 1919. The purpose of his movement was to violently, quickly and effectively eradicate any problems and issues in Italy at the time. In World War I, half a million Italian troops were killed and Italy supported the winning side of the war. After giving such a sacrifice, Italy gained no new territory as it had been promised. This led to anger, disappointment, and unemployment throughout Italy and Italy’s political and financial issues worsened. This led to a great inflation and almost everything became very expensive and in response to this trade unions were founded, many workers struck and protested because of their poor wages. As support for the communist party increased,Italy’s wealthy feared that their wealth would suffer. Church leaders feared communism as the typical communist belief opposed any type of religion or faith. Corruption was a common topic when discussing Italy’s democratic government existing at the time.

During Italy’s period of great social and economic difficulty, many people turned to Mussolini who was persuasive and showed great confidence in his was of executing things. In October 1922 Mussolini ordered a march towards Rome in order to seize control over Italy. Italy’s prime minister strongly advised to stop Mussolini’s march and asked for military aid to do so from the king at the time. The king refused and the prime minister soon resigned. The king later requested Mussolini to become the prime minister before the march had even commenced. Mussolini agreed and accepted the offer and was more powerful and had more authority over Italy than ever before.

Mussolini’s concept of fascism strongly opposed communism and socialism. He organized an army of armed fascists nicknamed ‘The Blackshirts’ who violently disrupted and abolished communist meetings. He also set up secret police called the OVRA who went undercover and tortured, exposed and incarcerated any who even slightly opposed his party. This shows how confident Mussolini was about his strong views and clearly displays his refusal to accept any concepts other than his. Civilians were required to agree and support Mussolini’s fascist views, law and order were very strictly imposed upon the nation, it was necessary for the young men of Italy to be ready and willing to participate in war and fight for their country. The main aim of Mussolini’s fascist movement was to make a powerful Italian empire and for Italy to become one of the most powerful nations in the world, similar to the Ancient Roman empire. Mussolini’s was partially quite impressed by the successes and strength of the ancient Roman Empire. The Ancient Romans inspired the fascist emblem and even the well-known fascist salute was a salute used for ancient Roman emperors. It almost appeared that Mussolini wanted the great success of the Roman Empire to repeat; he wanted to respawn the ancient successes of the Italian empire. Mussolini used fear and power and abused his strength to gain the full support of the Italian people and to resolve the problems in Italy at the time.

As soon as Mussolini became prime minister, he put a ban on all political parties aside from his fascist party. This made it impossible for the Italian people to support any other parties, views, and movements. The Italian civilization was ultimately ‘brainwashed’ as they had no access to any oppositions against Mussolini and they themselves lived in fear of him. They had nobody to turn to besides Mussolini, this is one of the main reasons Mussolini came to power. Trade unions were banned as the wealthy of Italy opposed them and gave their financial and moral support to Mussolini if he installed a ban on them. Blackshirts murdered many socialist leaders. Italy practically became a police state. Teachers were required by law to teach students that Mussolini has the key to the success of the country and that what he says is never incorrect. Teachers are very strong role models in the eyes of children and have a great influence on the development of children, and children, due to their imitative faith and trusting nature ultimately believe whatever a teacher imposes upon them. This is very horrifying as even young innocent children started to become fascists. Many fascist youth movements were founded such as the Balilla and children were encouraged and expected to join. A big part of how Mussolini was seen by the public was due to a large amount of propaganda. Mussolini started manipulating newspapers, films, and radios in favour of him. To the public he appeared kind, courageous, determined and powerful, someone who could bring change.

Mussolini started the construction of many public works such as roads and bridges. This provided much-needed employment in Italy. Ninety-eight per cent of Italy’s population consisted of Roman Catholics. The pope and the Italian government had an on-going feud about the papal state. Although Mussolini opposed religion strongly as he thought it brought weakness and vulnerability, he gave the pope his own state called The Vatican City and declared Catholicism the official religion of Italy. This was done solely to impress the public and to help Mussolini gain more followers and support. He even began to declare himself catholic to gain stronger support. Mussolini manipulated society by posing as an idealistic man who was catholic, who he wasn’t. This earned him quite a lot of the percentage of his following.

To achieve his goals of constructing an Italian empire, Mussolini invaded present-day Ethiopia using vicious violence and chemical weapons. Although the League of Nations made an effort to stop Mussolini from this invasion, they failed to do so. As a result, approximately one hundred and fifty thousand civilians and military personnel in Somalia and Ethiopia died. Mussolini also later sent fifty thousand soldiers and much military aid to general Franco of Spain who also became a fascist dictator, similar to Mussolini.

In 1936, Mussolini and Adolf Hitler of Germany, who was also a violent dictator created a treaty called the Rome-Berlin axis and later the pact of steel to strengthen the treaty. As a result, Italy and Germany fought alongside each other during World War One. This was the fatal mistake that Mussolini made that led to his downfall.  The Italian people soon realized the reality of their situation. In 1945 Mussolini was captured and killed. His body was hung in the centre of Milan alongside his wife’s as a public display.

Now you see, how great economic depression and hardship, corruption and political uncertainty can lead to the civilization of a country, as a last and resort, to support leaders that appear extreme and powerful. In such times of difficulty, people long for change that can be quickly and effectively achieved. These leaders who abuse their power, refuse to believe any other beliefs other than theirs, put a ban on personal expression and who use violence, fear and war to achieve their aims often leave their country in worse condition than they found it. Sadly in times of great difficulty, such leaders often make false promises. As of now, dictators such as General Franco, Adolf Hitler, and Benito Mussolini are seen as abominations of society by most, but back when they were in power, they seemed like gods who would be the answer to all their problems.

This common misinterpretation of leaders has repeated many times, yet many people fall into the same trap of false promises and brainwashing.