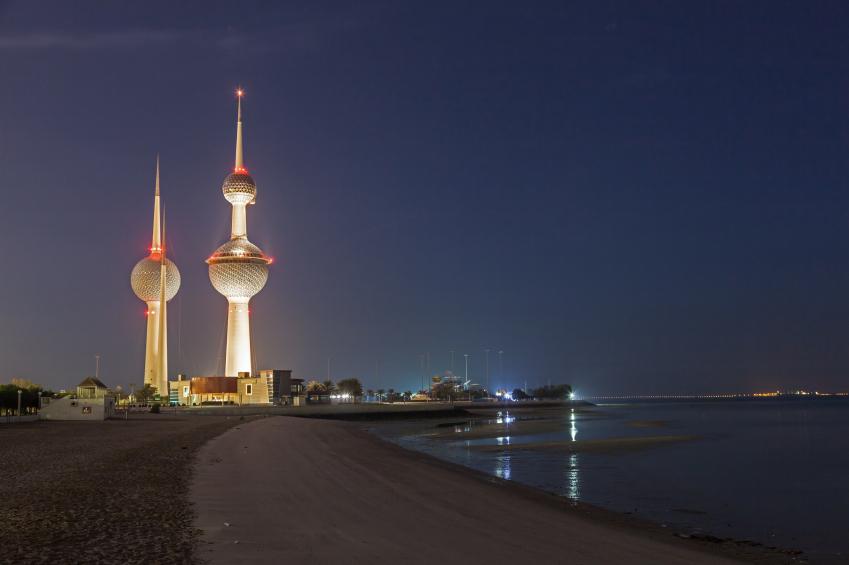 On a Friday morning in February near the Kuwait-Iraq border, a group of expat schoolteachers and locals — including both Sunni and Shia Muslims — picked strawberries, bought lemongrass tea and sipped on freshly squeezed sugarcane juice while socializing at an organic Kuwaiti farm.

In a conflict-stricken region, Kuwait’s religious tolerance makes it an under-appreciated outlier. The Shia-Sunni divide that is the axis of violence in the Middle East — and is heating up between Iran and Saudi Arabia — goes right through Kuwait. Yet, the roughly 35 percent who are Shia in the majority-Sunni nation openly practice their faith and don’t hide their religious affiliation, something that is often carefully concealed in some neighbouring Sunni-led countries.

The reasons are mostly quite ordinary: most visitors come to Kuwait to do business, and religious strife is bad for commerce. Given that Kuwait does not have a tourism industry, it benefits commercially from people coming here from abroad to live and work. A key factor that draws expats here is the country’s tolerant environment, particularly towards Shias.

Kuwaiti Sunnis have a historical relationship with the Shia community, and they take the necessary measures to maintain these ties. Some of the ways in which Kuwait protects its religious minorities are by taking legal measures, such as its national unity law that explicitly prohibits “stirring sectarian strife;” providing security and protection when necessary, such as after a 2015 mosque bombing; and promoting social acceptance through messages put out by the government, the media and businesses during times of religious commemoration and celebration.

This showing of national unity does not come without its complexities, however. The Kuwaiti government criminalizes the publishing of what it deems to be offensive content, including on social media. And, according to a 2017 US Department of State International Religious Freedom report, messages shared by religious clergy are monitored by the government, including those shared within religious minority communities (such as the Shia community, whose members already often face discrimination, especially in the public sector).

But Kuwait’s tolerance of its religious minorities is generally regarded as an improvement over the situation in neighbouring countries. That tolerance is, for one, reflected in its constitution, which establishes Islam as the religion of the state yet protects the right to religious freedom. According to the US Department of State report, while the law prohibits non-Muslims from proselytizing, it does have a court system that favours citizens who have advocated for “freer public discussion and criticism of religion.” At times, this protection comes at the expense of freedom of expression for both Kuwaitis and ex-pats. The report states, “The law criminalizes publishing and broadcasting content, including on social media, which the government deems offensive to religious ‘sects’ or groups, providing for fines ranging from 10,000 to 200,000 KD [USD$33,200 to USD$665,000] and up to seven years’ imprisonment. Non-citizens convicted under this law are also subject to deportation.” And, yet, this strictness reveals the awareness that Kuwait has of the delicate nature of religious freedom.

Perhaps one of the most visible displays of how seriously Kuwait takes religious tolerance came hours after the 2015 suicide bombing of the Shiite Imam al-Sadeq mosque in Kuwait City by a Saudi Arabian man affiliated with ISIS. Kuwaiti Emir Sheikh Sabah al-Ahmad Al Sabah, a Sunni, visited the mosque to call for unity among Kuwaitis.

“Kuwait has generally been tolerant of other faiths, more so than most of the other Gulf states, with maybe the exception of Oman,” says Ibrahim Al-Marashi, associate professor of history at California State University.

Al-Marashi explains that Kuwaiti Shias have a long history in the country (most of Kuwait’s Shias have historically migrated from Iran, Saudi Arabia, Iraq, and other neighbouring nations). “The Al Sabah family has had a relationship with Kuwaiti Shia merchant families that goes back several centuries,” he says.

The real transformation, Al-Marashi says, happened during the 1991 Gulf War, when a good number of Kuwaiti Shia, instead of fleeing, stayed and joined the Kuwaiti resistance. “It was their way of striking against the Iraqi army that had targeted their ancestral Iran,” he adds.

Fatouma AlSuwaiti, a school counselor who was a war nurse during the Gulf War, explains that the Kuwaiti government is deliberate about inclusion, and says this is evident within its governing bodies.

“Our government is trying to make all of us equal, even [at the] level of parliament. There are Shi’i, Sunnas, Bedouin, and other people. So a Shi’i can be a minister… and they can hold positions in our country, and same for Sunnas,” she says.

However, AlSuwaiti explains, certain positions — such as the ones within the Ministry of Defense or the one that decides the religious laws of the country — are reserved only for those who are Sunni or part of the ruling Al Sabah family.

Nevertheless, AlSuwaiti says that the government’s emphasis on freedom of religion and inclusion comes from the desire to stay united. “We don’t want these kinds of things to happen to separate us. We don’t want any civil war between us. We want always to be connected. I know there are differences between us, different ways of thinking; marriage is hard between us — even though marriages between us happen — and we don’t prefer it. But, we stick together in one thing: we want to be united in general, for the love of this country.”

The government’s emphasis of unity in Kuwait stands in contrast to the situation in neighbouring Saudi Arabia, where Saudi Shias, who make up 10 to 15 percent of the population, are targeted by the state.

Faiyaz Hussain, who moved his family to Toronto from Saudi Arabia more than a decade ago, understands the impact of intolerance well. He recalls their experience of living in hiding under the Wahhabi monarchy; at one point, they had to relocate when he was suspected of being Shia at his workplace. “Most Shias coming from India, Pakistan, they will be in taqaiya [when a person denies their religious belief and practice in the face of persecution], Hussain says. “They will not expose themselves, because that could impact their jobs, because Saudis don’t like Shias.”

For Rehan Mehdi, an Indian Shia who moved to Kuwait a decade ago with his family, Kuwait strikes the right balance. Mehdi, who previously worked in Saudi Arabia and now works as a consultant at the State Audit Bureau, says that Kuwait is welcoming particularly when it comes to matters of worship, and that this makes his family feel comfortable as ex-pats. “At my job, there is a big prayer room upstairs. There, you will find the sajde-gahs [prayer rock that Shias use]. So, we just go and take those and pray there,” Mehdi says.

“The government has made this arrangement, and this indicates that they have made sure that no one should stop others from worshipping as they wish. There is a church here as well, and a Hindu temple. There is an independence when it comes to religious worship.”

When asked how the Shia community was impacted after the 2015 attack, Mehdi says that there has been an increase in security at Shia mosques, including police presence during Friday prayers. While ostensibly in place for national security purposes, the Kuwaiti government’s monitoring of both its Shia and Sunni religious communities is something that may infringe on those communities being able to speak openly about their views on Kuwaiti laws.

In Midan Hawalli District, one Kuwait’s busiest areas, is the Masjid Imam Hussein, the largest Shia mosque in the country. The mosque’s director, who prefers not to be named, shares his experiences as a Kuwaiti Shia. Though he doesn’t say explicitly, the reason he chooses to remain anonymous might be that religious clergy can be arrested for expressing their views against the Kuwaiti government.

The director emphasizes that he is a Kuwaiti Shia, even though his grandparents migrated from Iran. The director feels that Kuwait has become less tolerant over the last few decades with the influence of Wahhabism from Saudi Arabia. He thinks this shift towards intolerance started in the 1970s with the Iranian revolution, stating that it made Kuwaiti Sunnis question the loyalty of Kuwaiti Shias.

“People in Kuwait thought that Shias were politically and socially with Iran. But, this wasn’t necessarily true. Religiously, we were connected. So, there was that question of, ‘Are they loyal to the Iranis?’”

The Gulf War helped to unite the country, since many who served on the front lines were Kuwaiti Shias, but the director believes that after the initial sense of unity, old divisions began to resurface. “When there was [the] suicide bombing in a Shia mosque by a Salafi, some people were supportive, but others were happy because in Kuwait there are Salafi leanings,” he says.

However, even the director is quick to point out that “the Emir of Kuwait…came within the hour to the site. He offered his support to the Shia community. It really was a source of comfort for the Shia community in that moment.”

Overall, Kuwait is generally seen to have strong relationships with its Shia community, which, together with its moderate leanings, strengthen the political and regional landscape of the country. People of diverse religious backgrounds are willing to leave their countries to work in Kuwait and contribute to its economy due to the safety they experience while living here.

While it is far from perfect, many feel Kuwait serves as an example for the type of legal, social and political measures that neighbouring countries might take to promote inter- and intra-faith harmony. Despite the ways yet to go, the director at the Shia mosque emphasizes, “Kuwait is moderate. It is very, very moderate.”