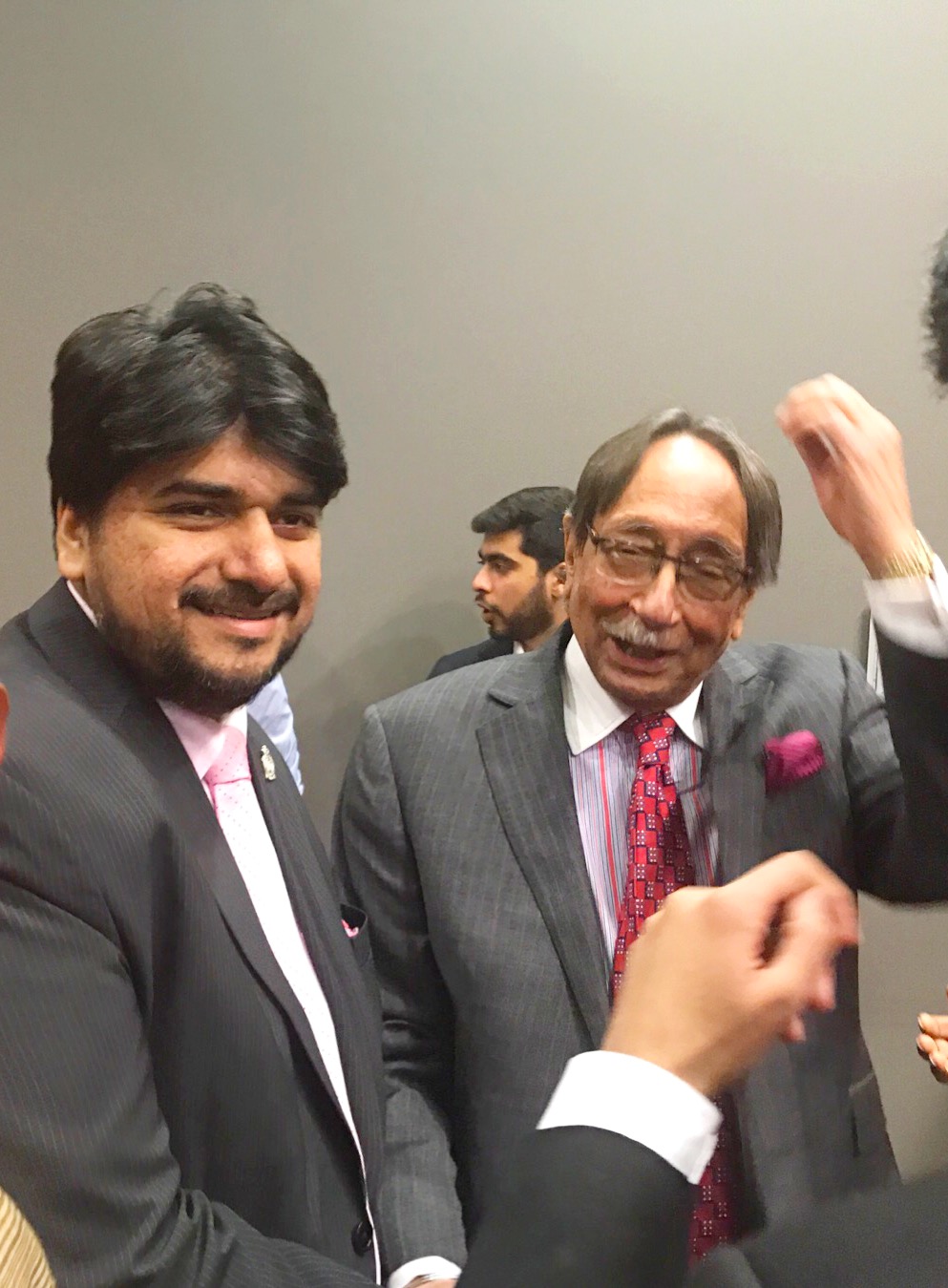 The Ex Chief of Research and Analysis Wing, looked back at me with a special demeanour inherited from the field of tradecraft and said,” Young Man, Pakistan is now out of the Kashmir Equation.” I replied, with a meaningful expression,” With all due respect Dulat Sb, if that was the case, what am I doing with you in this venue today?”

Yes. He was none other than Mr. Amargeet Singh Dulat, the Ex Chief of RAW (Indian Intelligence Agency) and co-author with Lt General (R) Asad Durrani for the epic yet controversial book “The Spy Chronicles” published few days ago. The conversation between the two if us took place for not more than 10 minutes in London. I have known him since 1999 when he became the Chief of India’s most coveted intelligence agency RAW and learnt many facts surrounding his personality from related circles in Islamabad. But destiny had set the stage for my face to face meeting with him in one of the most prestigious Universities of the world, based in the heart of London. He hinted on authoring a memoir where he would shed some light on India Pakistan relations. I found him to be a gentleman, yet a person who has camouflaged himself under many layers of mud and water. Yet I could figure most of that out, thanks to the turbulent and eventful times I had been through in Pakistan between 2003 – 2009. He disclosed that RAW saved General Musharraf’s life in 2006 which was a shock to many but not to me. I have known the incident that took place in Rawalpindi near the Airport as I was based in Islamabad in those days. A close friend and colleague who was on General Musharraf’s security detail shared some details, without compromising the secrecy clause of course. This might be a shock to few but it is a fact that RAW and ISI have closely worked together on many occasions. In the field of tradecraft, countries may sail through differing levels of tensions but intelligence agencies are bound to share intelligence, good or bad, leading or misleading. In fact, ISI had tipped off RAW before the murder of Rajiv Gandhi but his sudden death in a suicide blast was complete intelligence failure on part of RAW. There are other incidents too which may become part of another article or discussion.

Last week Ifty from Pakistan forwarded me Dulat’s recent book that he has co-authored with General Durrani, ex ISI Chief. I never expect good news from Ifty (now a Lt Colonel). Despite being one the best covert operations mind in Pakistan, he has developed a reputation of a death angel for me in the past many years as he had always shared bad news such as OBL killing, murder of General Faisal Alvi, suicide of Tan (Major Tanveer) etc, Two ex-intelligence chiefs of Pakistan and India writing a book, together, is on one end a refreshing feeling but at the same time rings some bells too. I am sure related people would agree with me.

I have only met with General Asad Durrani once in London through Frank, who is an ex-Military Intelligence Officer from British Military and now works as a Barrister and is a very close friend. He has shared stage with General Durani in Delhi many times and apparently is a big fan of him. He introduced me to General Asad by saying,” Mohammad, my friend, the military top brass in Islamabad must learn something from General Durrani and treat him as a role model.” Now I came to know the meaning of his complement to General Durrani after reading the book. For me the most vital part of General Durrani’s tenure was that he tried his best to modernise ISI, under a special mandate from Central Government and other key stakeholders.

In their book Spy Chronicles, there are some incidents and facts worth reading but most of it seems to be an eye wash and part of a great game. It reminds me of the words of another security establishment colleague from Pakistan,” Mohammad, bigger the battle, greater the smoke screen.”

I would try to sum up some key incidents from the book. In complete violation of the service code and secret act, General Durrani discloses relationship between Hurriat Conference (Kashmir) and ISI and claims the first party to be Pakistani assets in Kashmir. He also admits that Hurriat Conference failed at the end to establish control over Kashmiri people and lost its essence before achieving the long-term goals.

The most notable incident recorded and discussed in the book is Osama bin Laden’s famous killing in Abbottabad. Operations Geronimo has brought tons of controversy and disgrace for Pakistan and its establishment since 2011. This has been an area of my core interest since it took place and my last year’s research work on the incident was highly appreciated among related circles. I will share its abstract through Dialogue Times soon. The book of General Durrani and Dulat claims secret meetings and speculates dealings between General Ashfaq Kayani (Pakistan Army Chief at that time) and General Patraeus (Senior Commandar in Afghanistan). The authors also hint on possible prior knowledge of the operation by the Pakistani authorities.

I have personally met with General David Petraeus many times in London who was the senior commander in Afghanistan at the time of Operation. He completely denied any meetings with General Kayani on this topic. Secondly, I know for a fact that he was not in charge of Operation Geronimo and did not receive dead body of OBL in Afghanistan. The operation was led by US Navy Admiral McRaven and conducted by Red Squadron of Navy Seal Team Six who came under the command of JSOC (Joint Special Operations Command based in Fort Bragg). Infact the whole operations were planned by CIA as a covert, deniable operation where the chain of command moved from President Obama to CIA Director Leon Panetta and then directly to Admiral McRaven in Afghanistan without the involvement of conventional military structure. When asked by me in RUSI, General David Petraeus smiled, “my job was to keep an eye on Pakistani F-16’s after they scrambled”. I knew he was speaking the truth. General Durrani also claimed that Dr. Shakeel Afridi who is prisoned on charges of spying and treason had played no significant role in identifying Bin Laden. He accuses an ex ISI Officer to have tipped off Americans against 25 million US dollars reward money. Basically, he has supported the narrative of famous American investigative journalist Seymour Hersh and hinted on what was disclosed in the leaked Abbotabad Commission Report where a serving Medial Corps Officer describes some role payed by an ex ISI Officer in locating the most wanted man on Earth. I always give one example to the critiques of ISI on OBL case, “It took CIA and FBI seventeen years to find Ted Kaczynski (Unabomber) and seven years to locate Eric Rudolph (Atlanta Olympics Bomber). Both were present on American soil and not on a different planet. But nobody blames CIA or US Government for finding them after so many years or hiding them in secret safe houses. Then why is Pakistan or ISI being accused for hiding or finding late the most wanted man on earth.”

I am unable to comment on this story as they are national secrets and must be safeguarded at all cost. They are only disclosed on a “need to know basis.” God knows why General Durrani has messed up with his oath and code on honour and has written such pieces in his book that can create a great chaos in an already turbulent international reputation of Pakistan and its relations with its allies. He has broken all rules of tradecraft and deviated from the very professionalism that every secret operations officer is proud of. Dr. Afridi made a mistake on the motivation from a foreign country’s Embassy (Not USA) and did not exactly knew what he was doing. The polio campaign did not disclose OBL’s location but only succeeded in providing some voice points. But, Dr Shakil must not have forgotten that when it comes to state and country, mistakes become sins. Period. Regarding OBL Operation, my concluding remark is that “truth is sometimes hidden on the other side of the mountain where people have no access.”

General Asad also sheds some light on the famous rather notorious case of Indian Spy Kulbhoshan Yadev. He asserts that Yadev’s arrest is just a tool to demonstrate our skills and strength to Indian counter parts and he may be released soon. God knows on what basis General Durrani has told about the possible release of Yadev. To be precise, it is again a total dishonour of the very code he has followed throughout his military service.

I personally believe that more can and should be shared with the Pakistani people about what ISI does every day. This is important because media, other agencies and nations create many myths about the ISI. One is that ISI is all powerful, there is no secret it can’t nick or discover, no threat it cannot interrupt and no challenge it can’t overpower. People think ISI is a super being with super natural powers and can’t be wrong anytime.  The reality is different than these myths. ISI comprises of human beings and in intelligence craft, things are not always exact. ISI depends upon human intelligence most of the times and can’t be always accurate. Intelligence and security failures do take place in this world such as 9/11, attack on Taj in India, death of President Zia ul Haq, etc. But while sharing information and events regarding ISI and other national institutions, secret act must be followed at all times and no information must be leaked that can become a potential security or national threat for the country. General Durrani has played with fire at many places in the book and has been called by GHQ for an explanation. His name would probably be included in the Exit Control List till the time his name is cleared. Military top brass has taken a bold step in dealing with General Durrani the way they must do with any other citizen under the same charges. I have personally spoken to some senior and retired colleagues of General Durrani about the issue and their stance is commendable who all stood by the sovereignty and honor of Pakistan. This attitude provides stability to the fact that Pakistan is not a country only, but a state of mind and a way of life.

Mr. Touseef is Director General of Westminster Centre for Strategy & Research. He is based in London and has a keen eye on the developments in South Asia. 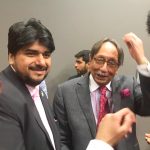