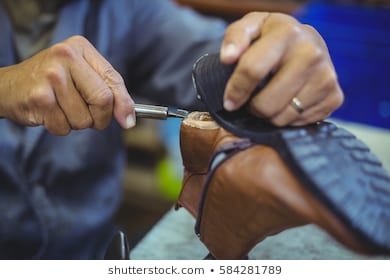 On the complaint of the people of the neighborhood, Police found a person in a street – late last night – who sat by a dead man and wailed. He had the man’s picture in his hand and was assumed to be out of all his senses.

Jerry , the meat seller, served his customers on the front parlour of his shop when he saw a cobbler, in worn out clothes and with a big wooden box hung on his shoulder. He had a black face as if he had accidentally wiped shoe polish all over it. He stood on the other side of the road and merely watched Jerry. When the latter closed off and looked outside once more, the man was not there.

As a sensitive man that Jerry was, he was soon perplexed. It only came off his mind when he got home which though not very nice, was the last place he had seen his brother. He missed him a lot and slept, as every other night, with his picture in his hand and his face behind his eyes.

Next morning, the cobbler was there again. However, this time he was in the worst condition and after he stood for some time on the road, he sat down, slept off. Never during this interval, did he once took his eyes off Jerry.

This continued for a few days. Sometimes, he would get food and doze off again. Meanwhile, his presence irritated Jerry no more and he got comfortable.

One day, however, Jerry’s eyes slipped off towards the pavement and came back unmet. He stayed anxious the whole day and later that night burdened by thoughts of his missing brother and  now of that missing cobbler, Jerry forgot to take a taxi. Thus, he walked.

When he passed by a rather shadowy block, he felt someone behind. At once, his senses activated and he turned, but only to find thin chilling air. Agitated, he quickly slipped into the side street. There sat the cobbler with his tools.

Jerry thought cobbler had followed him, so he got a bit angry and spoke louder. Struck by his tone, cobbler got tears in his eyes. He cried and made obscure sounds. He then came forward with a zest, but Jerry pushed him away. Cobbler held a hammer in hand. He tried to advance once more towards Jerry, but was held by all the strength of his opponent’s arm.

Soon, the atmosphere filled with his ferocious noises and in the attempt to overcome Jerry, cobbler struck him on the head. Jerry felt as if he had been taken into a flashback where he faintly heard his parents’ quarrel and obscurely saw the bloody, scarred face of his brother. He spoke slowly, “Tom! Tom!”

Everything went black. Farther away went the cries and moans of the cobbler.

According to the police, the arrested man had been abducted at a young age by a gang who had injured him severely, cut off his tongue and threw him on the street. After that, he was admitted into an asylum where he roamed all day with a picture of the man he just murdered. Police believed that the planning was done at the asylum. The arrested man would soon face death sentence.