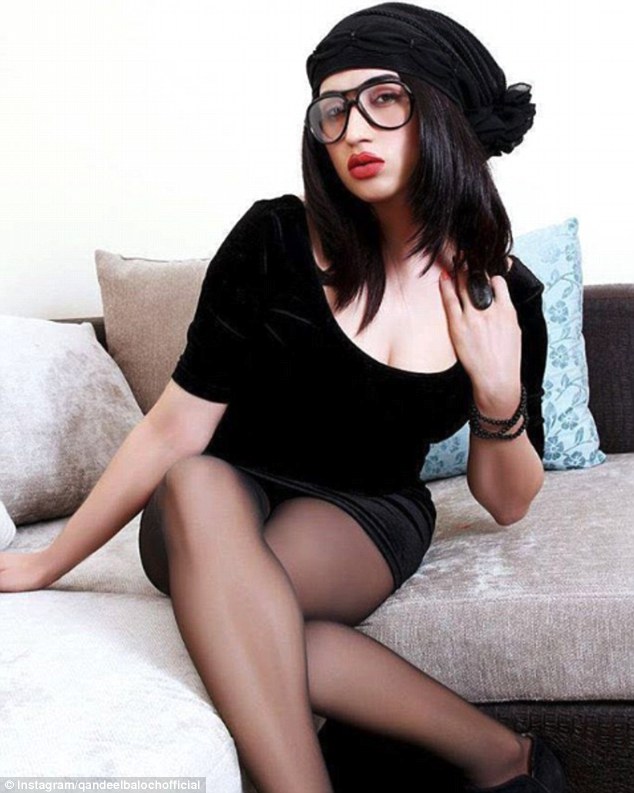 Qandeel Baloch (may Almighty Allah grant her Jannah and this article is not about issuing a decree, whether she deserves heaven or hell) was a victim of the duality of our society. When the people, like her, need help or assistance of any sort; no one cares and when they decide to take matters in their own hands, whatever they feel appropriate, society starts crying loudly. Everyone suddenly becomes a 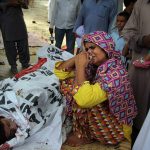 moralist and starts issuing ‘Fatwas’ (religious decree given by Muslim Theologians) against them. People hardly bother to investigate, what were those circumstances which compelled a lady with nominal education and a rural background to shed off shame and immersed herself in the unfathomable depths of indecency. Ordinary people, also, fail to understand the nefarious designs behind bringing her to limelight. This is the tragedy that we have religious extremists at one side and the liberal extremists on the other and we are hanging between the two extremes.

The group of hardliner Muslims believe that it is their moral duty to safeguard the norms and customs of the society as they are the custodians of the divine faith. This group considers Qandeel, a sinner. On the other hand, the liberals believe that unless the religion is banished from the lives of the people, Pakistan cannot meet the challenges of ‘Twenty First’ century. This faction of the society attributes Qandeel as a revolutionary and a rebel, who challenged the cultural dogmas. Both groups want us to join them unconditionally and there is no space for opposition of any sort. But, fundamental question here is whether it is justifiable to glorify such people as heroes, martyrs or revolutionaries.

It is a fact that she was from a very poor family of Dera Ghazi Khan, a remote town. Her childhood and teenage was full of deprivation and she was married at a tender age of seventeen and divorced a year later. She got her first job as bus hostess and, perhaps, this was her first encounter with the outside world. Travelling between the cities might have given the insight of an urban life to a country girl. She had nominal education but her ambitions were high with no assistance from society or the State (State does not mean Pakistan as country, it means the Government). This is very unfortunate that people were and, even today, are the last priority of the successive governments of Pakistan. Those who are running the ‘show’ have so many other important things to do, for instance; the whole government machinery is dancing in front of Nawaz Sharif’s car (check how many ministers accompanied him on his way to Lahore). Due to the heavy task of keeping the high ups happy, there is hardly any time and energy left to address the real issues of hapless common Pakistanis. It is a fact that State has not fulfilled its responsibility to provide health facilities, quality education, adequate shelter and reasonable sources of employment.

People in the rural Pakistan are so poor that they send their children, especially boys, to the religious seminaries (popularly known as Madrassa) in the expectation of food, clothes and shelter (Faculty of the ‘Madrassa’ decides what and how to teach the young minds) and girls are mostly kept at home. It is a 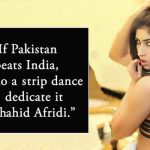 common perception that a girl’s place is at home and her responsibilities include cooking and raising her children. On the contrary, ambitious people find it quite frustrating when they do not find any opportunity to make advancements in their lives. They like to employ all fair and unfair means to achieve their goals? All they know is that they must accomplish what they want and for that purpose they absolve themselves from every boundary of morality and ethics. Qandeel Baloch was no exception, she stirred waves in a pond of still water with her videos on social media. She effectively used “you tube” and Facebook to promote herself and reap financial benefits. Moreover, she was deliberately projected in the main stream media by the people with vicious plans (to rip the basic fabric of our society which is based on modesty). She was given prime time and was invited in a talk show with a so-called religious scholar. It was beyond one’s understanding that which segment of society she was representing and what were the issues she would discuss. This program was the Zenith of her popularity and she became a celebrity overnight.

She found a new avenue of fame and that was the main stream media. Media started following her wherever she went and effectively made her a ‘scandal queen’ of the country. She even spent a day outside Imran Khan’s house and kept on shouting at the servants to open the gate for her. Ironically, Pakistani media telecasted this whole episode as ‘breaking news’ of that day. Moreover, our efficient media, not only, found her passport but also aired its image and printed it without blurring her identity details and People of Pakistan were informed that ‘Fozia Azeem’ was the real name of Qandeel Baloch. She protested it, but who cares when it comes to break a news before any other media outlet. Subsequently, she was murdered at her home while she was sleeping by her brother in the name of 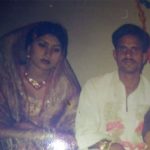 honour killing. The murder was a big story of the day and our, responsible, media even managed to shoot her lifeless body and was aired uncensored. Her death sparked a fury within the liberal circles of the country and they claimed that she was killed because she was a women’s rights activist. At that time, she made headlines in the international media as well, and was dubbed as the ‘Kim Kardashian’ of Pakistan, who had sacrificed her life for women rights. Her supporters and promoters did not stop at her death.

There is a drama being telecasted at one of Pakistani entertainment channels which depicts the whole life of Qandeel and the actress ‘Saba Qamar’ is playing the lead role. The drama would portray her as a resilient person with a tendency to rebel against the draconian customs of the society. A culture which does not allow someone to live the life of his or her choice and, where there is no respect for one’s freedom. Presumably, this drama will shed little light on the actual mode of her fame and the methodology she adopted. This deliberate effort to liberalise Pakistani society will prove counterproductive. Qandeel might have faced lots of persecution and deprivation in her early life, but was her adopted ways, by any mean, justified? How many of us would like to see our sisters and daughter getting fame this way? While watching a movie, we have a soft corner for the hero and heroine, but how many of us would allow our sisters and daughters to meet a stranger in the name of love and freedom?

Society may be unjust, State may be ignorant of its duties and parents may be harsh towards their children, but these customs and norms are the beauty of Pakistani culture. Women rights, social 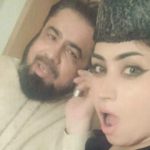 emancipation and education must not be confused with vulgarity. If every woman in Pakistan start taking pride in posting her semi-nude videos online, would it be appropriate? No doubt, she was a victim of her circumstances but her sympathisers are, in fact, doing no favour to her name. Please, forgive her and stop selling her name. If you really want to do something for her, which may give solace to her soul, open a girl’s school in her home town and name it ‘Qandeel Girls School and College’. But, this is a difficult path as it would require passion, determination and resilience. Moreover, Qandeel Baloch has left this mortal world and she is in the court of the Almighty Allah, who is the most merciful. But, this is the time that state should start acting responsibly and provide its citizen, at least, the basic facilities of life, otherwise Martin Luther King Jr. had warned us that,
“Injustice anywhere is a threat to justice everywhere.”