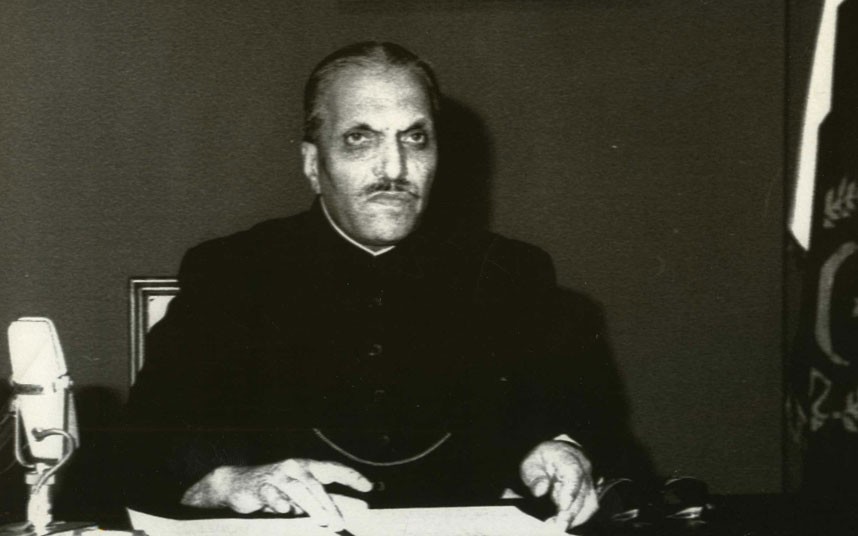 When I was born he was there fully bloomed without any fear of autumn. I could feel silence around me. Everyone was silent but him. Everyone was afraid and grave but him and he was the only one with a smile.  I saw a picture of him hanging at my Aunt’s house, pretty scary for a child. His deep eyes were 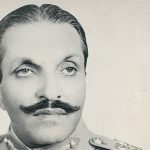 staring at me and followed me everywhere in the room, he was like a Ghost. One day my mother didn’t allow me to play outside, doors were closed and everyone scared. Although a naughty child, I was also very sober that day because my mother had informed me about a Curfew which meant I could be killed for violation, going out. I was minor enough to understand what death was but my mother’s scared face made me realised something was bad. This was my first introduction to “his fear”.

I was in my childhood when he died. I have a feeble memory that everyone was weeping on the state Television and mourning his death. He flew to the skies and remained there. My aunt, his follower for his “services for Islam” was weeping with hiccups and making me more baffled and sad. A few hours of this drama and my father taunted, “at least he got a state funeral; Bhutto wasn’t allowed even a family funeral”. This was my first introduction with “Bhutto” who was hanged by him almost a decade ago. Being the eldest son of my father, I was loved by everyone, even by my paternal uncle who otherwise was 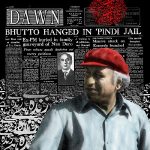 notorious for being rude and introvert. My uncle hated him because he hanged Bhutto, who was (allegedly) a drinker and womaniser but was hero of my religious and practising uncle. He hated the ghost despite all his “piousness” and Islamisation of the country. One day I put His picture in my uncle’s room just as banter. He was all roaring and fuming when he saw the picture but controlled himself when he found out it was me, the apple of his eye. He lowered his tone and asked me to remove the picture, “beta, keep it, put it anywhere once you get old and know him fully”.

Years passed and I grew old enough to realise the severity of circumstances around me. I realised that he died but he was everywhere. His ideologies were written in my syllabus and taught by my teachers. He was a Martyr for the religious teacher who taught me Quran and for our chowkidar (security guard) he was the great warrior who defeated soviets in Afghanistan. Even his opponents were following his legacy and Bhutto’s daughter was funding Taliban in Afghanistan.

His sown seed has become a fully verdant tree now but it doesn’t give us shade. It has leafs of fire and

cyanide as its fruit. The fire he sowed in neighbours and the fire we reap now. The seed of hatred he planted once has poisoned our generations and every newborn is a fire ball of hatred that rolls to burn and transforms into ashes. He polluted the soil of intellect so deep that it is barren without hope of cure for decades to come.

My uncle died years ago. I wish he knows that I never hanged that picture again, neither on a wall nor on my mind. But the ghost is alive, not physically but he is living in his legacies. He looks around and turns people into ghosts like him. In my Pakistan, I have more ghosts than humans now. 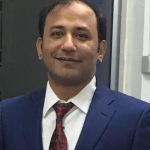 closer. He is a practicing lawyer in United Kingdom and a student with keen interest in History, Literature, Law, Cultures and Life.