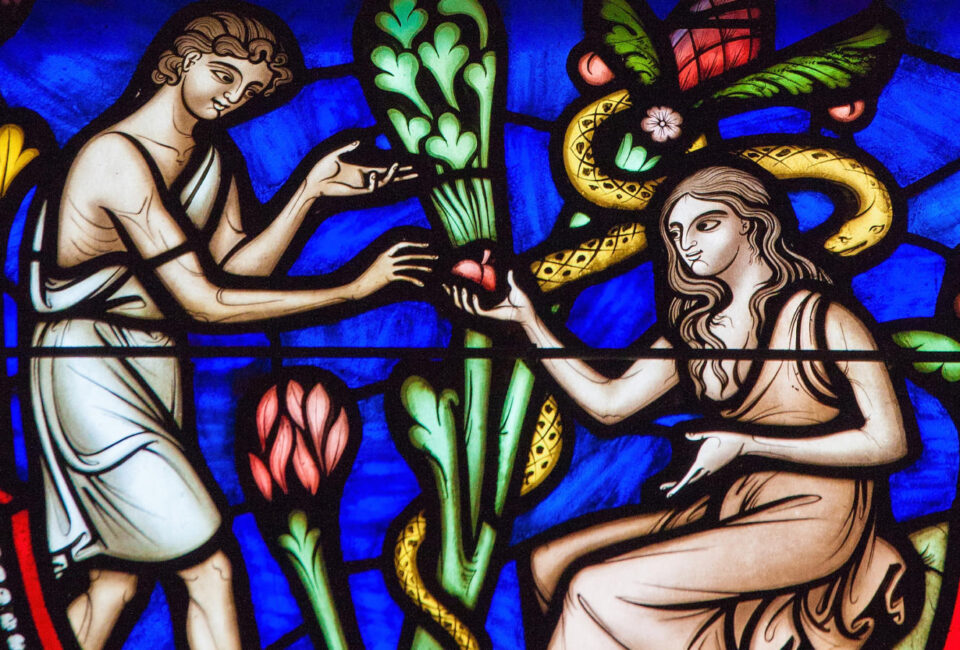 Brussels, Belgium - July 26, 2012: Adam and Eve eating the Forbidden Fruit in the Garden of Eden on a stained glass window in the cathedral of Brussels.

Often a times it’s the “He said, she said” scenario in a relationship. The biological makeup of both males and females is such that we communicate and respond differently, mostly if not every time. It’s very rare that you find the opposite sexes always completely understanding the logic behind each other’s words and actions. There is bound to be a clash or misjudgment occasionally. But then speaking of these times, we unfortunately find many couples in a relationship slowly drift away and apart because of our ways of communication or lack of it despite them being very rationale and loving individuals and human beings.

As a woman being expressive comes naturally to me. I want to talk to the one(s) I love. I want to communicate my frustrations, my joys, my happiness, my sadness. I want to hear and be heard but then it is very infuriating when the man in my life closes himself up to my words. I am impatient. He however needs me to chill, to quieten down, to let go of the issue and to just act cool and calm. Then he immediately shuts down on me for hours, days, weeks at an end. Gives me the silent treatment and says nothing. Do you know how helpless it makes any woman feel when the man she cares deeply about and wants to communicate with says to her that he simply doesn’t want to talk about it.

While the man’s mind boxes the issue and puts a lid on top of that box never to touch it again, a woman is plagued with a thousand questions at her end: Why doesn’t he want to discuss it with me? Why doesn’t he look at things from my perspective? Does he think I don’t get his viewpoint on it? Will he not accept my apology? Doesn’t he love and care for me anymore? Maybe I shouldn’t have reacted in the way I did? But then he shouldn’t have reacted the way he did too…

As the woman sulks and tears herself apart with a million questions in her head, the man behaves in an entirely different way. He gets busy and engages himself in other things, he moves away from the issue of contention and doesn’t want to be reminded about it. He distracts himself with other things and wants to be left alone not to be disturbed at least till the time when he himself is ready to come out on his own.

Adam and Eve wouldn’t have survived alone; I am pretty sure. They were made as a pair and in being pairing up they did initially get both each other in trouble. Who got who into trouble would have to be a whole different story but here’s the thing: When you are a couple, and in love with someone and know deep within your heart that come what may you are going to remain by this individual’s side through every thick and thin then the “blame game” doesn’t matter. Pointing fingers doesn’t work. At least it shouldn’t matter.

Yes, the man of my story has every right to go away, to take some time out and wander in the outdoors or wherever he wants to go to clear his head but then that very man needs to understand that I am waiting for him right where he has left me. I am, as his woman, waiting for him to hold me in his arms and tell me that things are going to be okay and unless he tells me that with full conviction looking straight at me, I am forever going to be miserable.

What men perceive is that women are sensitive beings. They cry and smile, fuss and fret for no reason. There’s hardly any logic to their behaviour at times. There’s no pleasing them. We as women know and inwardly do struggle with this very complexity of our existence. But then all this is what makes us “US”.  You as a man – our man – only need to accept us magnanimously for our occasional eccentricities and we shall do the very same for you and then some more.

I had read a very nice statement by a gentleman who when asked how did he manage to love his partner for so many years replied by saying “We were born in the times when things were broken they were fixed and not thrown away.”

Fixed things might show a few signs of repaired cracks here and there but those very repairs make them far more valuable and appreciable.