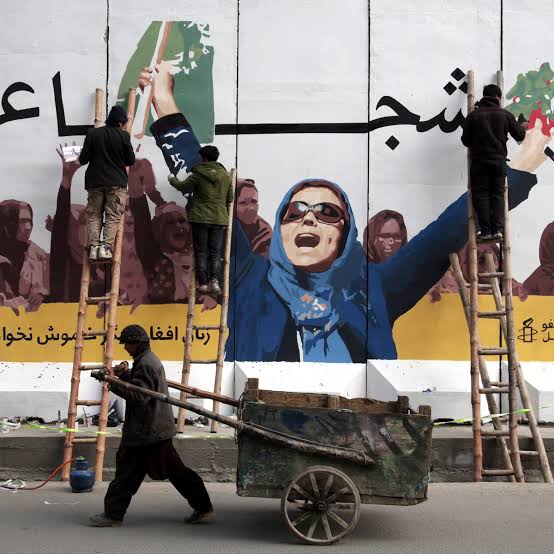 The fall of Kabul stirred the world into a frenzy of speculations and blame game, but the one people that got ignored constantly were Afghan women. Afghan women have always been subjected to a double bind. The Americans deemed them oppressed and told their people they were getting their hands dirty to free the oppressed women from the clutches of Islam and Muslims. Now as they retreat, they leave the same women in the care of the same Taliban that a decade ago were so cruel to the women that the echoes of that time can still be heard.

Taliban used the cryptic term of “security issues” to shut women up in their houses. They banned women leaving their houses without their “mahrams”. Women were beaten in the streets if they weren’t with a male family member and they were barred from work and education. The governments of the world are behaving like that was a dream and the new Taliban would be more secular to their taste.

Can the Taliban be trusted however? Afghan women are smarter than to do that. They know better than to do that. They know that their lives and freedom is over as they know it. Many have fled the country in hopes for refuge but what about the thousands that didn’t have the means to do so? Does the world suddenly not care for these women anymore? Or as all evidenced suggests, they were just a bait and a smoke screen for America’s ulterior motives?

Now Afghan women fight their own battles. They protested in front of the governor’s house despite being removed and not being able to speak to him directly. They are constantly voicing their anger and their concerns. They are not afraid of the Taliban dictatorship, and even if they are, they have learned how to mask it with resilience.

The Taliban promise to allow women freedom according to “Islamic framework” without bothering to actually elaborate upon what that framework is. In the meantime, the women bear the brunt of the circumstances. The governments are trying to calm the people down by saying to wait until the Taliban come up with a government and state apparatus before pushing for women rights. I ask how much longer do they need to wait though, when it is already too late to begin with?